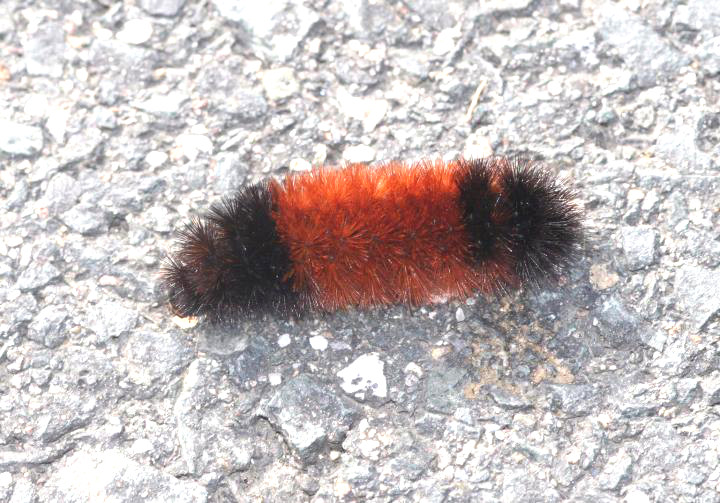 Has this been a crazy summer, or what?

The summer of 2019 may go down as one of the more mysterious of recent years. We had a bumper crop of black flies and mosquitoes, last week we covered the decline in the number of bats, the usual suspects appeared at our bird feeders – with a few exceptions, there has been a decline in the activities of red squirrels, chipmunks and gray squirrels, and even the garden isn’t cooperating.

Frequent and heavy rains through May and June, with a July and August that has been relatively dry. Just to show you how the beginning of summer shaped out, we actually ran the furnace, – and air conditioning – on the same day this year, ironically, July 4. That is a little bizarre.

At the bird feeders, we have had the annual appearance of black capped chickadees, gold finches, nuthatches, the occasional tufted titmouse, blue jays, crows and woodpeckers. Although they were slow to arrive. But no rose breasted grosbeaks, cardinals or Baltimore orioles earlier in the year.

We usually have two chipmunks scurrying around, where this year we have had only one. Apparently, it is safe to assume its partner met with some sort of tragedy. The red squirrels have not been seen and we have only observed one or two gray squirrels, where in most years it is a constant and never ending battle with them at the bird feeders.

Again, as mentioned last week, we have seen no bats.

The garden is doing OK, but some of the crops, which I have been growing for years with no difficulty, are looking like a bust this year. Broccoli has not flowered, and my cauliflower has produced only two florets. The green peppers are stunted, and have never really grown to any height, and bearing no fruit. The Brussel sprouts never got off the ground, and the squash are way behind where they should be this time of year. But, on the positive side, the string beans, tomatoes, cucumbers and lettuce are doing fine.

However, on the other hand, we have rag weed growing like gang busters in places where we have never had them before, the “junk” trees in my backyard have reached an all-time high, despite some cut back last spring, and the Virginia creeper vines have completely covered the wood pile and storage shed, and taken over the entire backyard along the fence. Where they came from is beyond me, but they have been proliferating abundantly over the last couple of years, again despite some major cutting in the fall. 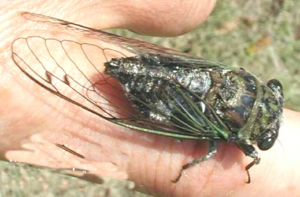 The only creature that seems to be on schedule is the cacadae, which came right on cue on July 26. As you know, that is the little bug that creates that loud buzzing sound on the hot summer days, which farmers for centuries have credited with predicting the first killing frost of the fall.

Folklore has it that the first crop killing frost will occur 90 days from the day you first hear the sound, following the next full moon, which this year will be November 12. I hope we don’t have an early winter like last year, because it is highly unlikely the first frost won’t come before that date.

Also, it is mid-August and we haven’t seen any hickory tussock caterpillars – the white fuzzy ones with the black stingers, no Monarch butterflies, but plenty of harvestman spiders – what we call daddy longlegs. They seem to have arrived a little early this year.

Here’s another, bees! We have seen only a handful of bumble bees, no yellow jackets or hornets.

Most of these are nature’s way of letting you know what kind of winter to expect. Where bee hives are built is usually an indication of the snowfall to expect. The higher the hives, the more snow to expect, according to folkore.

What remains to be seen is the wooly bear caterpillar. It’s still early for them. They usually appear in September. They are the little black and rust-colored hairy caterpillars that predict the severity of the winter. The longer the rust band on the body, the milder the winter, and vice versa. Last year, I can say I only saw a handful of those, where you normally see them everywhere, especially trying to cross a road. We’ll have to wait and see what happens with them.

We’ll sit back and see how September, and the beginning of fall shapes up. I wouldn’t mind seeing an Indian summer.

In the NFL, how wide are the goal post uprights?