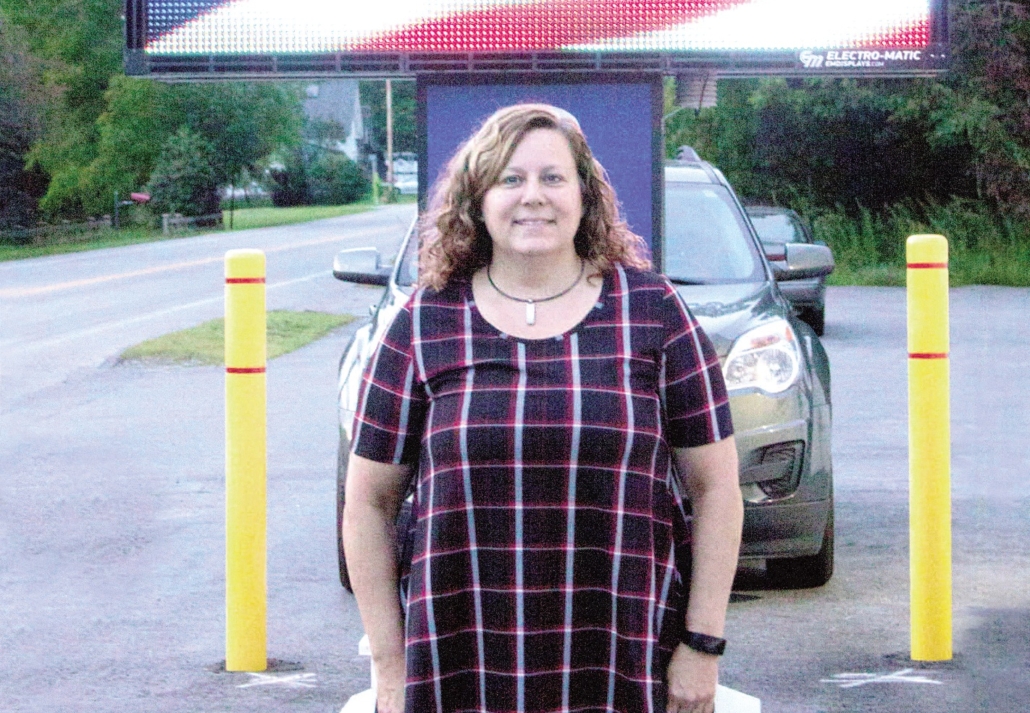 Windsor Town Manager Theresa Haskell received a Certificate of Service from the Maine Town, City and County Management Association for her 10 years of service to the town of Windsor. (photo by Sandra Isaac)

Sealed bids for the 2003 International and the 2010 Ford F550, were opened and reviewed. Nine bids were received for the 2003 International, with the winning bid $9,150; 15 bids came in for the F550, with a winning bid of $23,300. Winning bidders have until the end of the month to pay in full or the vehicle will be offered to the next highest bidder. Proceeds from the sales will go into the Public Works Truck Reserve Account, as approved at the town meeting.

In other business, Town Manager Theresa Haskell received a Certificate of Service from the Maine Town, City and County Management Association for her 10 years of service. She has been with the Town of Windsor since 2005 and became town manager on October 28, 2008.  In addition to being the town manager, Haskell has served as the tax collector, treasurer, road commissioner, General Assistance administrator and health officer.

Selectmen noted in their report that many town residents approached them while at the Windsor Fair with concerns or questions about town roads. Selectmen explained that the town road maintenance is on a six- to seven- year cycle, a timeline approved by voters. Other residents suggested improvements to certain roads, such as widening shoulders or increasing a turn flare out. Flashing lights were also suggested at the Route 17 and Griffin Road intersection, or placing a “stop ahead” warning on the tarmac or as a posted sign. All suggestions were noted and discussed in detail.

Further discussion about the fair included Cemetery Sexton Joyce Perry’s report on the sale of flowers at the Windsor Fair, which brought in just over $400. These funds, along with the proceeds from continuing sales of concrete or granite pavers will go towards the veterans’ memorial fundraising efforts.

The next regularly scheduled meeting will be on Tuesday, September 17 at 6:00 p.m.