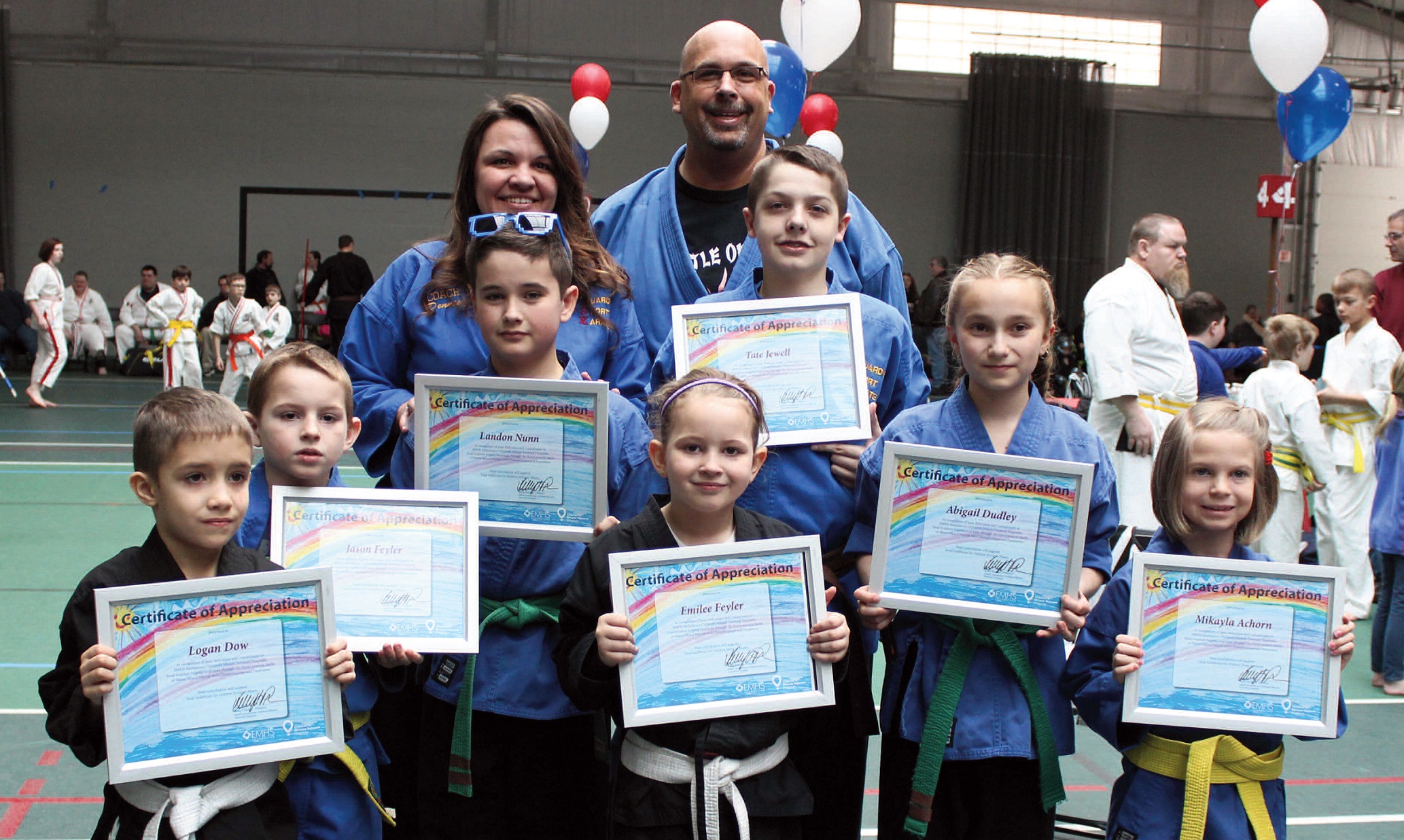 Students from Huard’s Martial Arts collected funds for the Battle of Maine, to benefit Help Save Children’s Lives Project. Together, these young martial artists raised close to $5,000 to help support the Children’s Miracle Network. 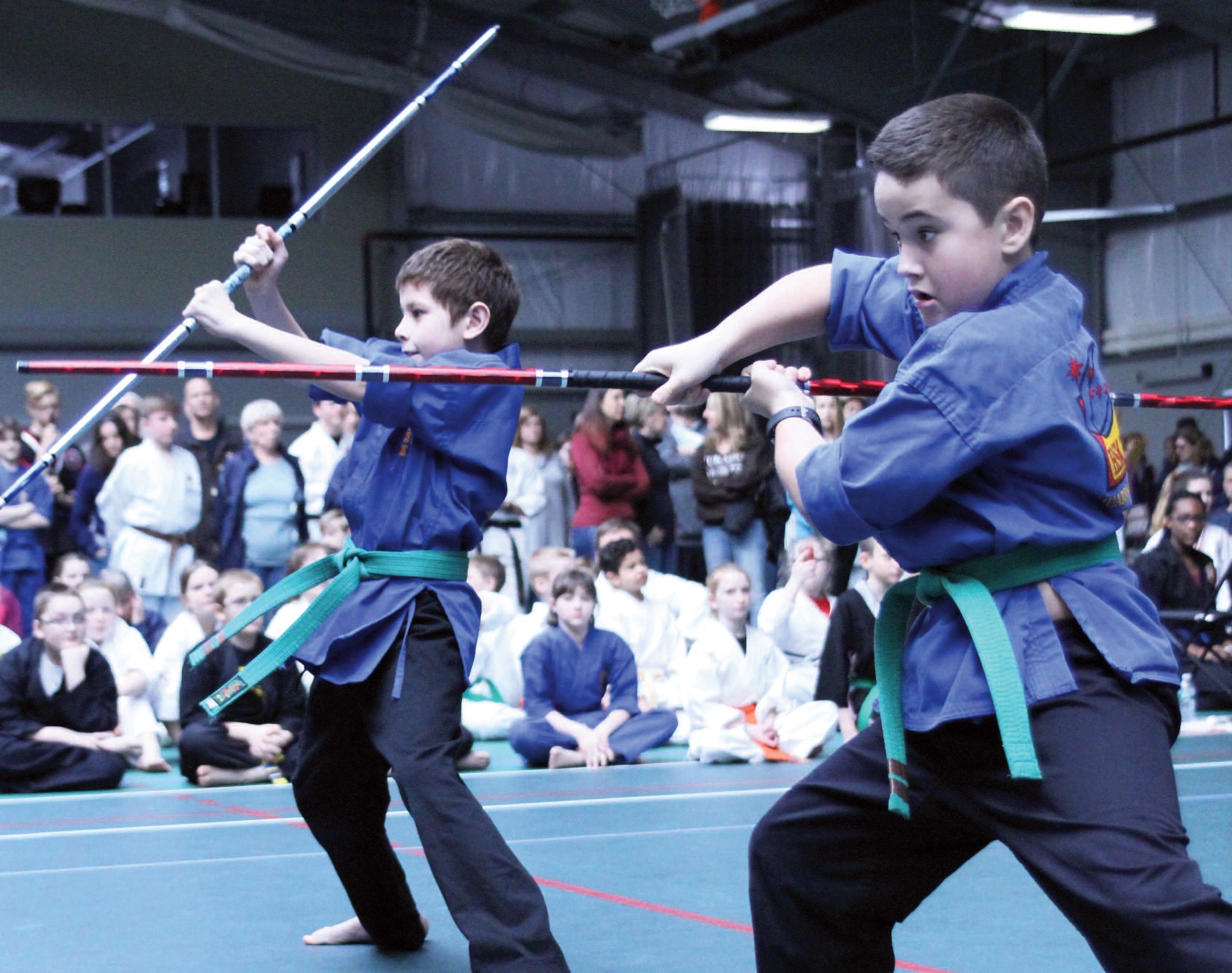 The 37th annual Huard’s Battle of Maine Martial Arts Championships were held on March 25 at Thomas College, in Waterville. Over 350 competitors from all over New England and Canada, and lots of specttors, enjoyed a full day of martial arts demonstrations, competition and friendship. The battle has raised over $75,000 for the Children’s Miracle Network and that total keeps rising each year. At left, Huard’s Sport Karate Demo team performances Mikey Stewart, left, of Fairfield, and Landon Nunn, of Skowhegan, show some Bo staff during the opening Battle of Maine Demo.