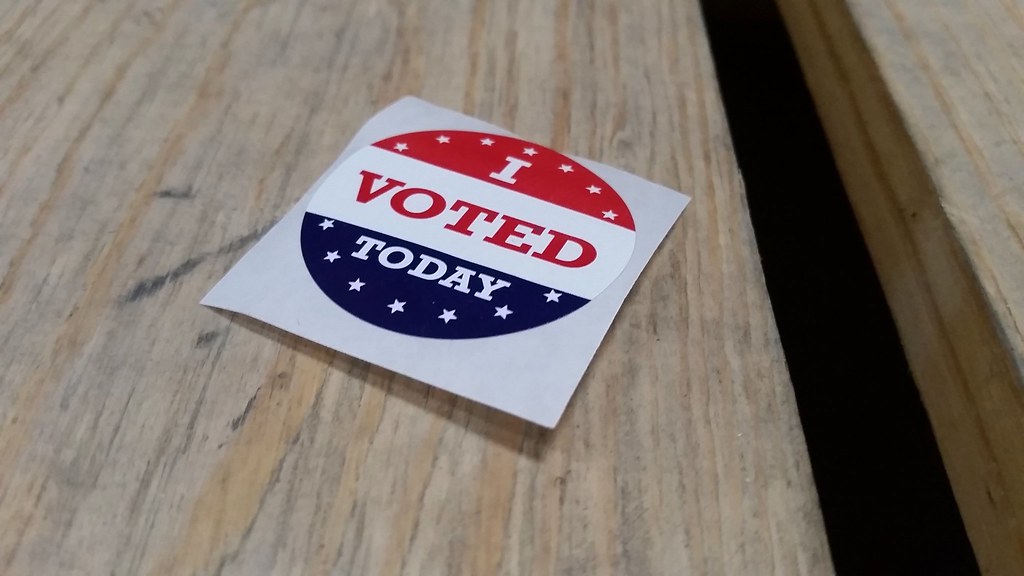 Explanation of the process

The Maine Legislature enacted a Presidential Primary law in 2019, changing the way Maine voters select party candidates for the presidential election from a caucus to a primary. Instead of the political parties meeting in each municipality to select their presidential candidate, candidates will be selected by secret ballot. This change was supported by many who felt that it would boost voter participation in the selection process. In the past, some of the caucus locations were not large enough to accommodate all the party members who wanted to participate, and other party members were unable to spend the hours required at caucuses to cast a vote.

However, in order to vote in the primaries, you have to register with a party. Unenrolled, or independent voters may enroll in the party of their choice up to and including on Election Day. If, after the election, you want to unenroll from the party, you must wait three months. Voters who are already enrolled and want to change their party affiliation in order to vote a primary ballot must do so 15 days before the election.

Absentee ballots may be requested up to three months before an election and until the third business day prior to the election. For the presidential primaries on March 3, the latest date to request a ballot is February 27, 2020. (Under certain special circumstances, a voter may request an absentee ballot after this deadline.)

Absentee ballots are available 30 days before elections and must be turned into the city or town office by 8 p.m. on the day of the election, March 3.

The following candidates will be on the ballot in the Maine’s presidential primary according to the Maine Secretary of State’s office:

Any registered voter can vote on the referendum question.

Do you want to reject the new law that removes religious and philosophical exemptions to requiring immunization against certain communicable diseases for students to attend schools and colleges and for employees of nursery schools and health care facilities?

What does this People’s Veto mean?

In May 2019, LD 798 was signed into law. It eliminates non-medical exemptions to school-required immunizations. The law retains the currently defined medical exemptions, but removes “philosophical reasons” and “religious belief” from the exemption language.

Regina Coppens is a volunteer with the League of Women Voters, Capital Area Chapter. The league is a non-partisan organization and does not support any candidates. Its goal is to inform voters about elections. Regina Coppens can be contacted at 376 West Rd., Belgrade, ME 04917, 207-877-4282. 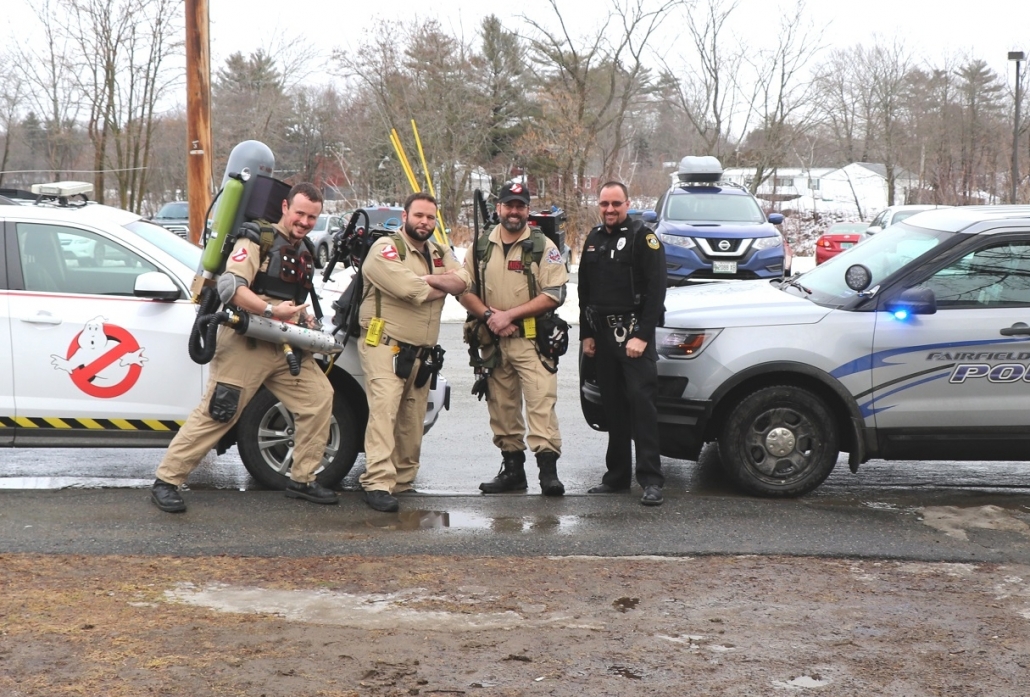 “Who ya gonna call?” The Ghostbusters were sighted at the first ever Maine Sci-Fi & Fantasy Nerd Festival, held in Fairfield, on January 26. (photo by Mark Huard, Central Maine Photography) 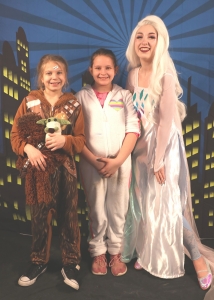 The first ever Maine Sci-Fi & Fantasy Nerd Festival invaded Central Maine on January 26, at the Community Center, in Fairfield. About 250 fans gathered to share their love of cosplay, comics, games, and all things nerdy.

Vendors were all about the event with tables filled with fantasy books, pottery, dice, dungeons and dragons, toys, woodworks, clothing and jewelry. GameStop provided video games, while many other activities dotted the place, one being a very popular padded weapons arena that included light up Star Wars-like laser swords.

Central Maine Photography grabbed many cool pictures of all the various festival attendees and even kids were dressed in elaborate sci-fi outfits. Also present were the Ghostbusters, a white armored trooper, and even a blue female elf character.

People really seemed to love what was being hailed as the Nerd Super Bowl put on by Michael Huard, who is a fantasy author himself.

There are plans for another next year, an event bigger and even more exciting. 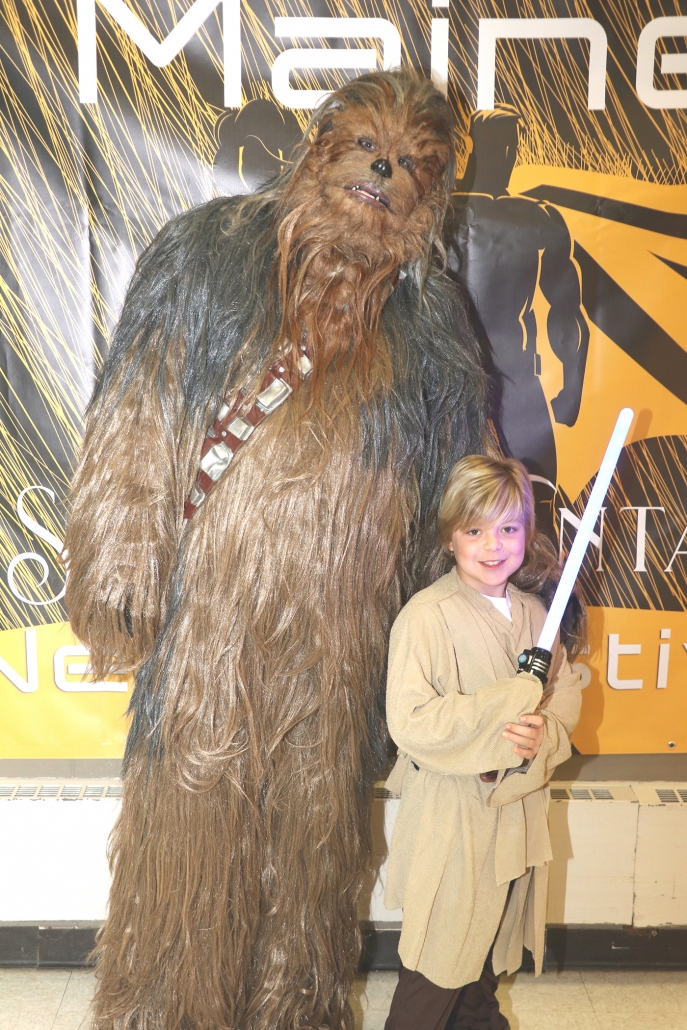 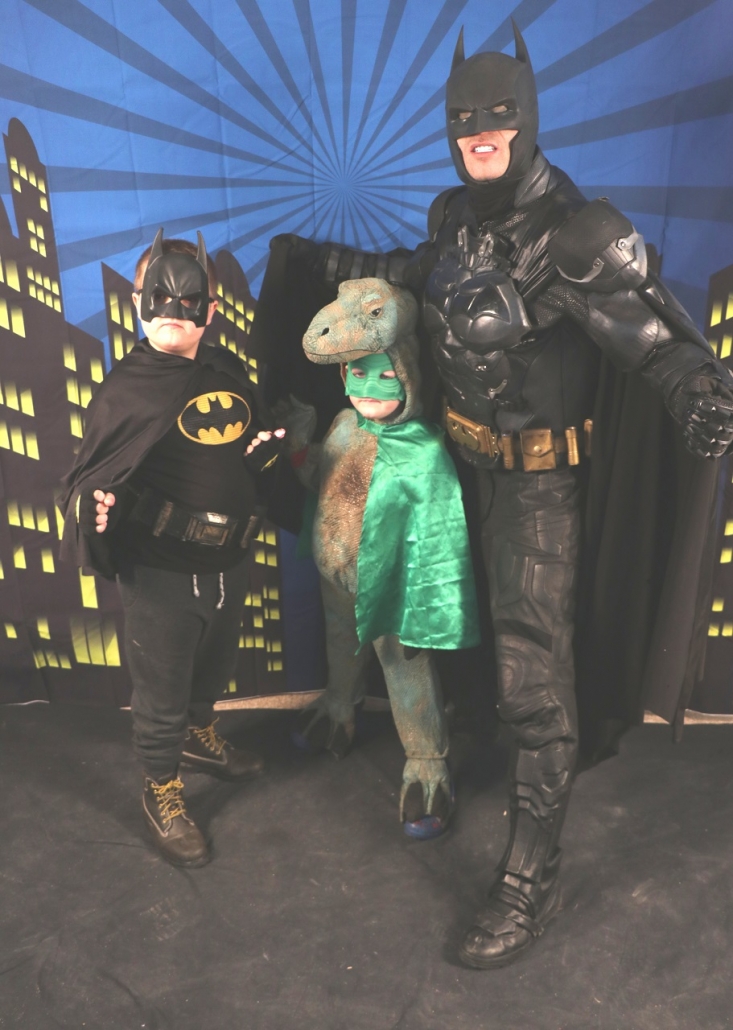 At left, Preston Schneider, 8, left, and Quincy Schneider, 5, both of Madison, with Batman. (photo by Mark Huard, Central Maine Photography) 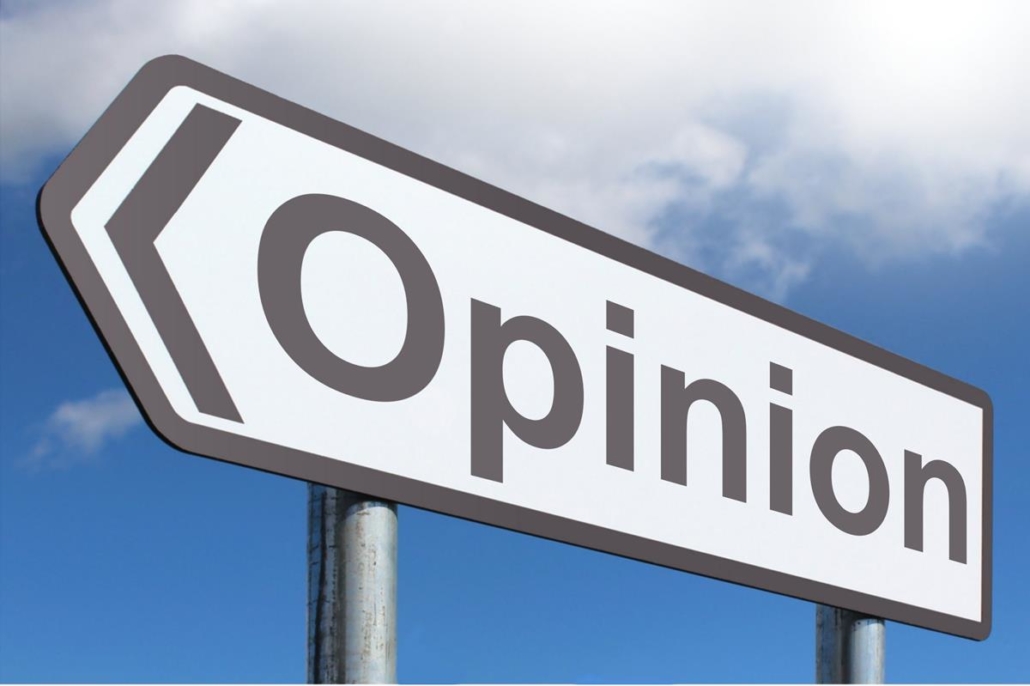 It is a stark reality that on average, working households in Maine have just $2,500 in retirement account savings. As the current AARP Volunteer State President, a Portland Maine resident, and a former small business owner, I am very interested in changing this situation.

Our great State of Maine has over 175,000 small businesses who could help provide a mechanism for its employees to begin to save for their own retirement. In our 2020 legislative session, a simple solution to address this growing and critical savings program will be considered. AARP strongly supports LD 594, the Maine Retirement Savings Program, sponsored by Senator Eloise Vitelli (D-Arrowsic).

Under this new law, employers would be able to offer their employees a way to save for retirement through payroll deduction. Employees would be automatically enrolled in this program unless they opted out of it. However, a survey we just released showed that 98 percent of voters in Maine who are working believe it’s important to save for retirement at work. And 84 percent of workers without access to a workplace savings program would take advantage of one if it were available. Over time, even a small contribution can make a big difference.

If you are one of the thousands of Mainers concerned about saving for retirement, please urge your legislators to support LD 594. It’s time for Maine lawmakers to give employees the opportunity to increase their savings and take control of their future. 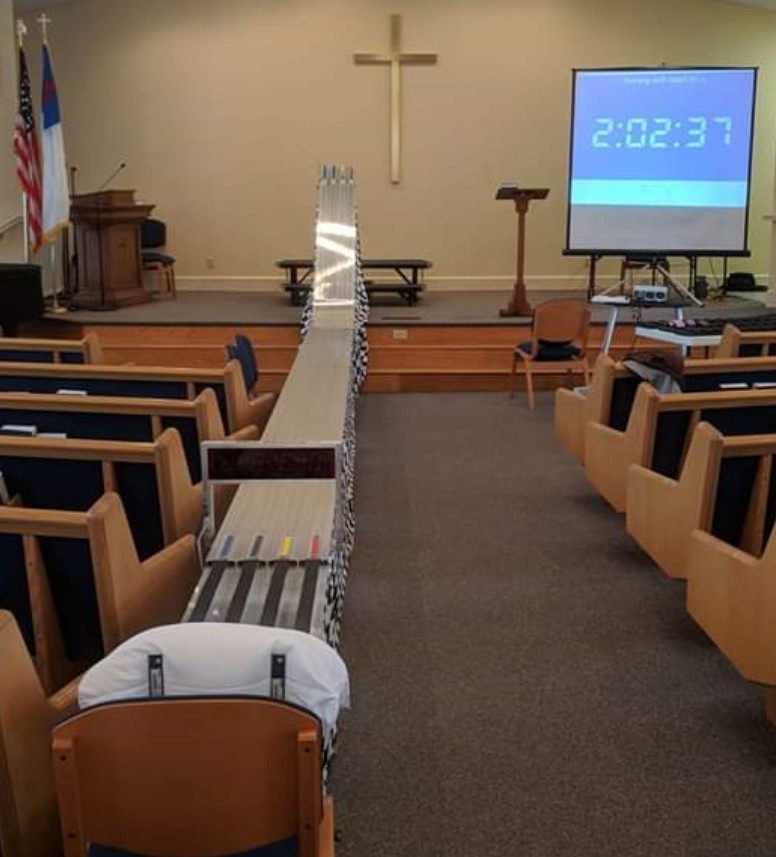 A free racecar event will be held at Kennebec Valley Baptist Church, 91 Marston Road, Waterville, on March 14, beginning at 2 p.m. Small wooden car creations built by youngsters age two through grade five with the help of a parent or other adult are raced. Trophies will be awarded for best design and fastest vehicle.

For the first time this year there will be a “race-after-the-race” for youngsters in grade six through adult. The $5 charge covers the cost of the wooden materials used to create the car. A “build day” will be held at the church where tools, building instructions, and helpers will be provided.

The Grand Prix is offered by AWANA, an international youth ministries program. The racecar project began in 1964 and is offered in more than 4,000 churches around the world.

To obtain a car project, folk may fill out a registration form at the church by February 1. The forms are available on Wednesday evenings between 6 and 8 p.m. For more information, call Patrick Simpson at 207-290-0341. 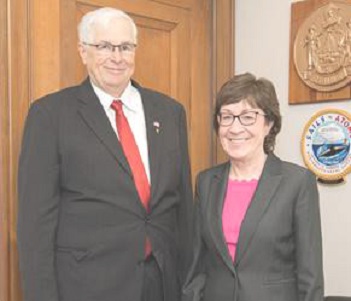 U.S. Senator Susan Collins recently met with James Troiola, a resident of Windham and the Chairman of The American Legion’s Legislative Commis­sion, in her Washington, D.C., office.

“For more than a century, the American Legion has been committed to ensuring veterans and their families have access to the care and resources they have earned and deserve,” said Senator Collins. “As the Chairman of the American Legion’s Legislative Commission, James is devoted to improving services for veterans across Maine and the nation. I look forward to working with him to ensure our government continues to support our veterans.”

The American Legion is the largest wartime veterans service organization with 2.4 million members in more than 12,000 posts in nearly every community in America. The Legion, established by an act of Congress in 1919, was instrumental in getting the original GI Bill through Congress and in the creation of the Department of Veterans Affairs.

The Kennebec Historical Society has received a $5,000 grant from the Morton-Kelly Charitable Trust to catalog the society’s growing collection, buy archival supplies and replace an aging computer. The society will use the grant to pay two interns who will address the backlog of donated materials and to purchase the protective archival boxes and folders necessary to properly preserve documents, photographs, scrapbooks, maps, manuscripts, books, and ephemera.

The Portland-based Morton-Kelly Charitable Trust was established in 1988 by Joan Morton Kelly and her mother, Mildred Duncan Morton, to facilitate their philanthropic activities, which include educational programs, cultural projects, historic preservation projects and environmental initiatives. The trust considers grants for public programming, capital expenses, and, in some circumstances, operating support, according to its website.

“I’m very pleased and excited that this grant will help assist KHS in preserving, cataloging, and digitizing the society’s collection of Kennebec County history,” said Patsy Crockett, president of the Kennebec Historical Society. She added, “Researchers will be more inclined to find what they are looking for if more items are cataloged.”

Each year, KHS accessions about 200 donations or purchases. An accession can contain from one to thousands of items. Many collections contain hundreds of items that have not been fully cataloged beyond a brief description. The grant provides funds to pay interns who will reduce or eliminate the backlog of donated materials, create more searchable items in the database, and therefore provide better results for researchers. A new computer will be purchased to supplement the society’s goal of replacing computers on a five-year cycle. Indirectly, the grant will allow KHS to continue to offer its free monthly historical programs and continue the production of its bi-monthly newsletter for members. 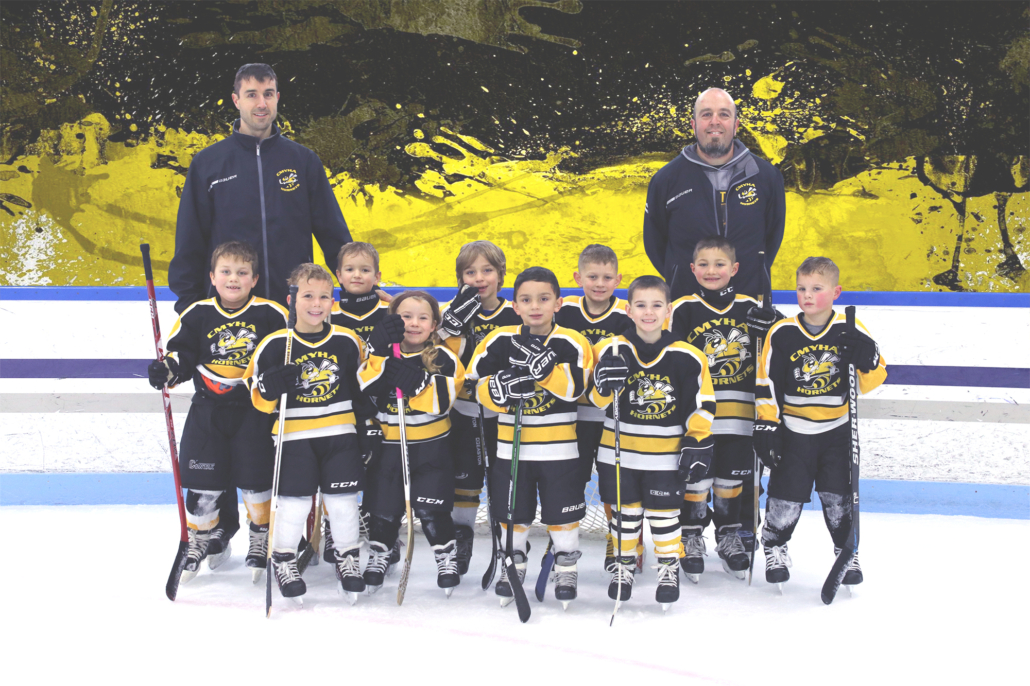 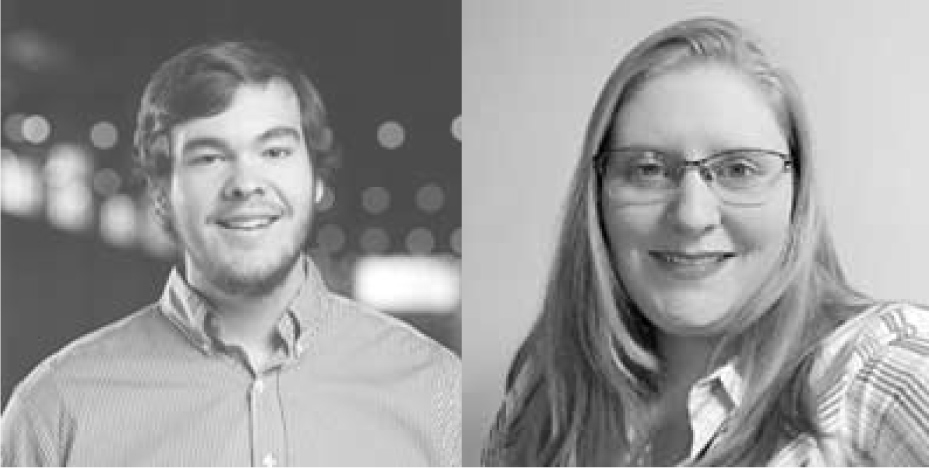 The Kennebec Valley Council of Governments (KVCOG) is excited to announce that Gabe Gauvin and Kathryn (Kate) Raymond have joined the team!

“My passion for sustainability and waste stream management comes from my time researching the environmental and economic impact of rural Maine recreation events,” said Gabe. “I am eager to utilize my knowledge of sustainable solutions to help KVCOG’s many communities in this significant way.”

Gabe’s background as an educator on environmental, health and economic issues in Maine, and his work in operating Single Sort Recycling programs is what has drawn him to KVCOG. Gabe holds a bachelor’s degree from the University of Maine at Farmington in Outdoor Recreation & Business with a concentration in Environmental Sustainability.

“I am honored to serve KVCOG in such an important role and excited to be returning to my roots in the Kennebec Valley. Together with the KVCOG team, I look forward to working with our many member communities to enhance the region and the lives of those who live here in significant and meaningful ways,” said Kate.

Kate comes to KVCOG with more than ten years of professional non-profit, membership development, and public sector experience. Most recently, Kate has served Maine Historical Society in Portland, ME, as their Donor Relations Manager. She has also served as Membership Program Manager at Old Sturbridge Village in Sturbridge, MA, as Interim Office Manager at Old Fort Western in Augusta, ME, and has years of experience working for the Maine State Parks System and the Maine Public Utilities Commission. Kate holds an M.A. from the University of New Hampshire, and B.A. from the University of Maine.

“I am thrilled to have Gabe and Kate join the KVCOG team. They both bring with them a wealth of expertise and experience and their work will enhance the region and the lives of those who live here in significant and meaningful ways” said Laura Cyr, Executive Director, KVCOG. 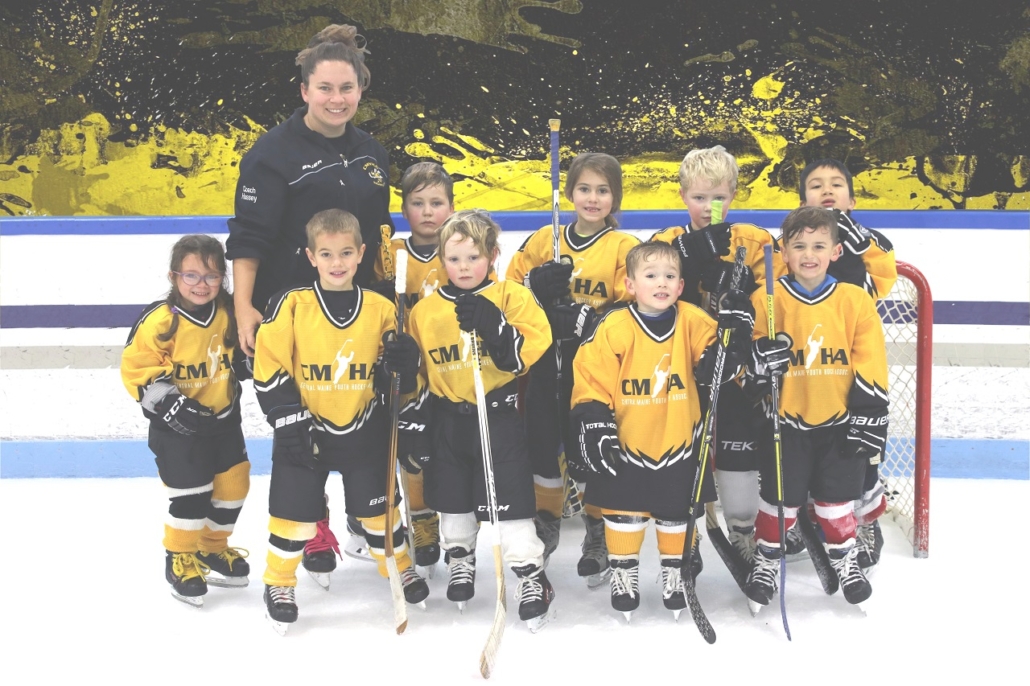 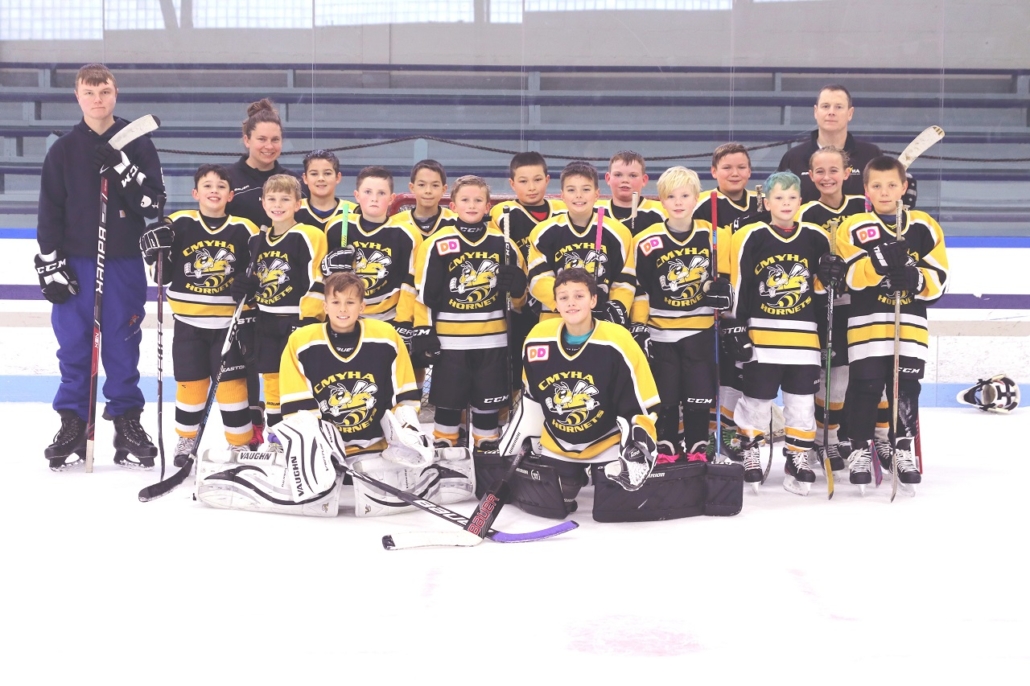