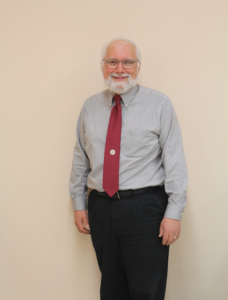 TOPS Club Inc. (Take Off Pounds SensiblySM), the original weight-loss support and wellness education organization founded in Milwaukee, Wisconsin, in 1948, and headquarterd there, recently announced that Rick Danforth, of Chelsea, has been named president. Danforth, who replaces Barb Cady, TOPS president since 2005, has been serving as the TOPS State Coordinator for Maine since 2011.

Danforth, who will be the first male president of TOPS, joined a chapter in Maine in 2003 weighing 321 pounds. “I’ve struggled all my life with obesity and tried many programs. I came to TOPS through my wife and decided to join her at a meeting,” he said. “It took me a couple of meetings to realize this is where I needed to be. There was no phoniness in the chapter and no promises that I was going to have instant success. It was real people struggling with real life issues and I could wrap my arms around that.”

In his first year, Danforth lost more than 100 pounds, earning a place in the TOPS Century Club. “I knew I had to lose the weight for me because I wanted to live longer and enjoy time with my eight grandsons,” he said.

Earlier this year, Danforth, who received a bachelor of arts degree in microbiology in 1980 from the University of Maine at Farmington, stepped down as the Quality Assurance Officer/Laboratory Program Advisor/Bioterrorism Officer for the state of Maine Health and Environmental Testing Laboratory, where he had worked since November of 1999. Prior to that, he worked as a microbiologist for MaineGeneral Medical Center for more than 19 years. He has also served as a selectman in the town of Chelsea for the past 25 years.

Working as a scientist assisted him in losing weight. “Specializing in microbiology, we deal in black and white. Working with the TOPS group, I used the same principles–keep it simple,” Danforth said. “Two basic principles of portion control and increasing physical activity were really what I needed.”

As his weight-loss journey requires constant perseverance, the support of the group has kept Danforth involved in the organization. “I stay with TOPS because I’ve learned over the years that when I’ve gained back some weight that I cannot do it alone,” he said. “Life sometimes wears you down and the best thing that can pick you up is the support of a friend. I’ve learned it is OK to take time for yourself by being more active and help others, so they can help you. I’m not afraid to ask for the help I need or to reach out to others in TOPS. We’re here to support each other.”