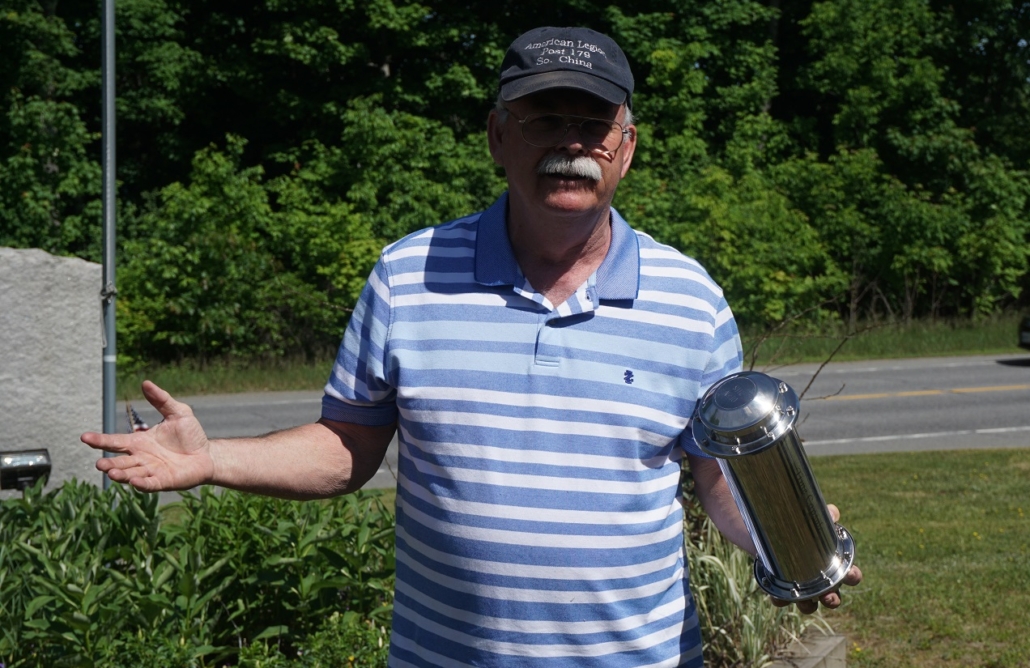 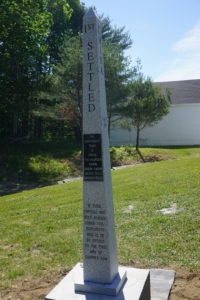 The obilisk that will stand near the China Town Office until the time capsule is opened on the first day of summer 2118.

On June 9, Neil Farrington, chairman of the China Bicentennial Committee, along with selectmen Bob MacFarland, Irene Belanger and new town manager Dennis Heath and his wife Mary, together with a small crowd of local citizens, formally dedicated the China Bicentennial Monument to commemorate the 200th anniversary of the incorporation of the Town of China.

Originally established as Jones Plantation in 1774, two years before the writing of the Declaration of Independence, the area was eventually incorporated as the China township in 1818. The name of Bloomville had initially been proposed but was dropped after citizens of nearby Bloomfield objected to the similarity in names. Japheth Washburn, a local representative to the Massachusetts’ legislature, chose China instead, taking the name from one of his favorite hymns. (The town of Bloomfield no longer exists. It has since been incorporated into other towns but lives on in the name of Bloomfield Elementary School, in Skowhegan.) 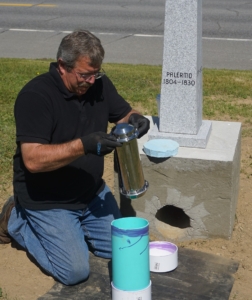 Board of Selectmen Chairman Bob McFarland gets ready to place the time capsule in the base of the monument.

The Bicentennial Monument, a four-sided granite obelisk six feet in height, set on a two-foot concrete pedestal, is engraved with these location names and the dates of their incorporations. At the dedication, Farrington said: “It took 12 years for China to be complete, and it wasn’t an easy task. This monument is a testament to that history, and a symbol of the process it took for China to be whole.”

On the front-side of the monument is engraved: “A time capsule has been buried under this monument and is to be opened on the first day of summer 2118.”

Contained in the time capsule, Farrington explained, is a paper scroll six feet long, on which students from China Middle School have written about “what life is like today, and what it might be like a hundred years from now.”

The dedication was followed by a chicken barbeque and a “meet and greet” with China’s new town manager, Dennis Heath and his wife, Mary.