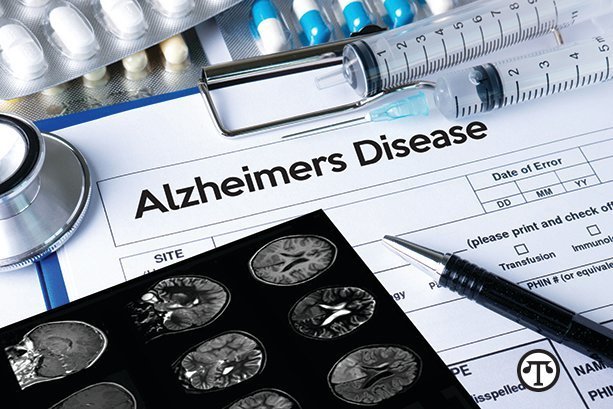 (NAPSI)—More than 6 million people in the U.S. live with Alzheimer’s, and that number continues to increase each year. In 2021, Alzheimer’s and other dementias will cost the nation $355 billion. The Alzheimer’s Association predicts those costs will rise to $1.1 trillion by 2050.

A Canadian-headquartered biotech startup, NervGen Pharma Corp. (TSX.V: NGEN) (OTCQX: NGENF) has just entered into a research agreement to study its NVG-291 drug in Alzheimer’s disease models in animals as it prepares for its Phase 1b clinical trial in Alzheimer’s patients slated to start in 2022.

This development comes on the heels of pharmaceutical heavyweight Biogen being granted FDA approval to commercialize aducanumab – a drug that removes amyloid-beta plaques from the brain as a means of slowing the onset of Alzheimer’s disease in patients. This approval is in spite of the fact that aducanumab’s effectiveness has been questioned by many Alzheimer’s experts.

The sceptics include Dr. George Perry, the editor-in-chief of the Journal of Alzheimer’s Disease, the University Chair in Neurobiology at the University of Texas, San Antonio and one of the most published and cited researchers in the Alzheimer’s field.

He believes that NervGen’s potential for NVG-291 is a far more “exciting” and potentially effective treatment for Alzheimer’s than Biogen’s controversial new drug. “NervGen’s drug candidate leverages a unique and powerful multimodal mechanism of action that has been shown in preclinical studies to increase both autophagy and plasticity while also reducing microglia inflammatory expression, representing an exciting new approach to treating Alzheimer’s,” says Dr. Perry.

It has the potential to be one of the most disruptive pharmaceutical drug therapies of the modern era, especially for treating Alzheimer’s disease. And that gives it considerable “blockbuster drug” potential – a tantalizing opportunity that is only now just becoming apparent.

This is due to the fact that NVG- 291 is designed to heal nerve damage by unleashing the body’s natural ability to repair itself. Besides treating Alzheimer’s disease, this new therapy has also shown considerable promise in preclinical studies in the treatment of multiple sclerosis and spinal cord injury.

According to Paul Brennan, NervGen’s President & CEO, “NVG-291 has the potential to redefine how nervous system damage is treated across multiple indications, whether caused by trauma or chronic disease. This is an important first step to bringing this therapy to patients, and we look forward to completing our ongoing Phase 1 study and moving quickly to treating Alzheimer’s patients.”

A Breakthrough Therapy: How NVG-291 Works

Any time there is damage to the nervous system – whether via trauma such as spinal cord injury or traumatic brain injury, or a neurodegenerative disease such as Alzheimer’s, MS or ALS – scar tissue is formed. The body releases chemicals called CSPGs (chondroitin sulfate proteoglycans) within the scar in order to reduce the damage.
They are initially helpful and play a protective role, but there is also a down- side to these CSPGs as over time they actually go from helping to obstructing the body’s ability to repair itself.

NervGen’s drug, NVG-291, releases this molecular inhibition, resulting in the initiation of multiple repair mechanisms including neuron regeneration, increased plasticity and “remyelination” – the process of replacing myelin, the tissue that often surrounds and protects neurons and which is often damaged as a result of diseases such as MS.
As a revolutionary treatment for Alzheimer’s disease alone, NVG-291, has the potential to make NervGen a future star of the biotech sector. For instance, consider that Wall Street analysts are now estimating peak annual sales for Biogen’s new drug will range from $10 billion to $50 billion.

It is well worth reiterating that no drugs have been approved anywhere in the world for nerve regeneration and remyelination, as well as improved plasticity in damaged nerves. Existing treatments for these diseases are often targeting the symptoms, not the underlying disease progression itself. NervGen is addressing a significant unmet medical need for the treatment of nervous system damage due to trauma and diseases.