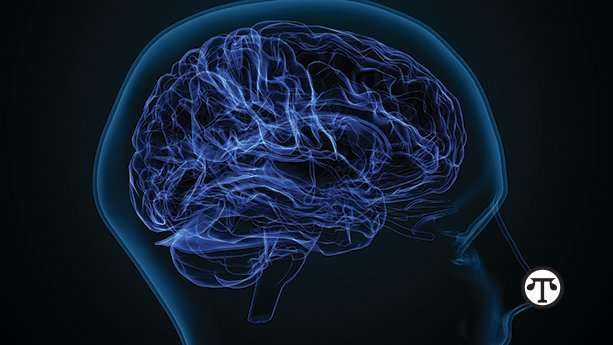 White matter refers to areas of the central nervous system that are mainly made up of myelinated axons, also called tracts.Long thought to be passive tissue, white matter affects learning and brain functions, modulating the distribution of action potentials, acting as a relay and coordinating communication between different brain regions.

Your brain may be better able to heal itself than was once thought.

(NAPSI)—For the world’s leading neuroscientists, unlocking the brain’s capacity to stimulate neural plasticity has become something of a Holy Grail.

That’s because enhancing plasticity is perhaps the most important step towards repairing central nervous system (CNS) damage. In fact, it can have a profound impact across multiple neurological functions, including improving motor, sensory and cognitive abilities such as memory.

People marvel at how children are able to learn things so quickly and easily. This ability is mediated by their brains’ nimble neural plasticity. Neuroscientists once believed that neuroplasticity manifested predominately during childhood. However, research in the mid-20th century demonstrated that many aspects of the brain can be altered, even in adulthood. Still, the developing brain has a significantly higher degree of plasticity than the adult brain.

The human brain consists of enormous networks of neurons. They act as messengers that use electrical impulses and chemical signals to transmit information between different areas of the brain, and between the brain and the nervous system. Even a very simple task, such as standing or sitting, typically involves millions of interconnected neurons. Damage to these interconnected systems can be catastrophic.

Enhancing plasticity could be a potential treatment option for any condition where there is extensive damage to CNS tissue. Enhancing plasticity results in ‘axonal sprouting’ – a process where surviving neurons produce fine collateral sprouts from the intact remaining axons. In other words, healthy surviving neurons become fortified and form new connections in areas of the brain or spinal cord where most neurons are damaged or have died.

“Regeneration of damaged neurons, along with sprouting, together lead to plasticity,” says Dr. Jerry Silver, a professor in the Department of Neurosciences at Case Western Reserve University’s School of Medicine and co-inventor and advisor at NervGen Pharma. “Medical science already knows how to promote axonal regeneration, which involves getting neurons to grow across an injury site. But what’s also needed to ensure significant recovery is sprouting.”

Dr. Silver discovered the novel peptide—NVG-291—which has been shown in animal studies to promote plasticity.

NervGen is developing NVG-291, the novel drug candidate that could revolutionize treatment for conditions associated with central nervous system damage, including Alzheimer’s disease. It promises to be a world’s first—a drug candidate that appears to be able to unlock the central nervous system’s ability to repair itself. Medical science will learn if NVG-291 is a prospective wonder drug by 2023 when Phase 2 clinical trials are expected to be well underway.

Existing drugs can only limit or contain the extent of the damage that is the root cause of the world’s hardest to treat neurodegenerative diseases. For instance, existing drug therapies that target Alzheimer’s disease – the most pervasive of them all – have only succeeded in marginally decelerating its progression. This offers little comfort to the afflicted or to their loved ones.

“NVG-291 presents a new paradigm for treating Alzheimer’s disease,” said Dr. George Perry, Editor-in-Chief of the Journal of Alzheimer’s Disease and member of NervGen’s Alzheimer’s Clinical Advisory Board. “Nobody else in medical research is taking this same approach. It is essentially enabling the brain to repair itself.”