Descendants of James and Augusta Holmes who attended the reunion on October 2. Contributed photo

On October 2, the descendants of James and Augusta Holmes gathered for their first reunion since 1925.

The get-together began with the family members, approximately 65 in all, meeting at the Chadwick Hill Cemetery, across from Erskine Academy, in South China, on the Windsor Road.  James and Augusta Holmes, and their daughter Idella (Holmes) Chadwich and her family are all buried there.

The group continued the reunion by meeting at the former home of James and Augusta Holmes, located on Village St., in South China, across from the South China Public Library. 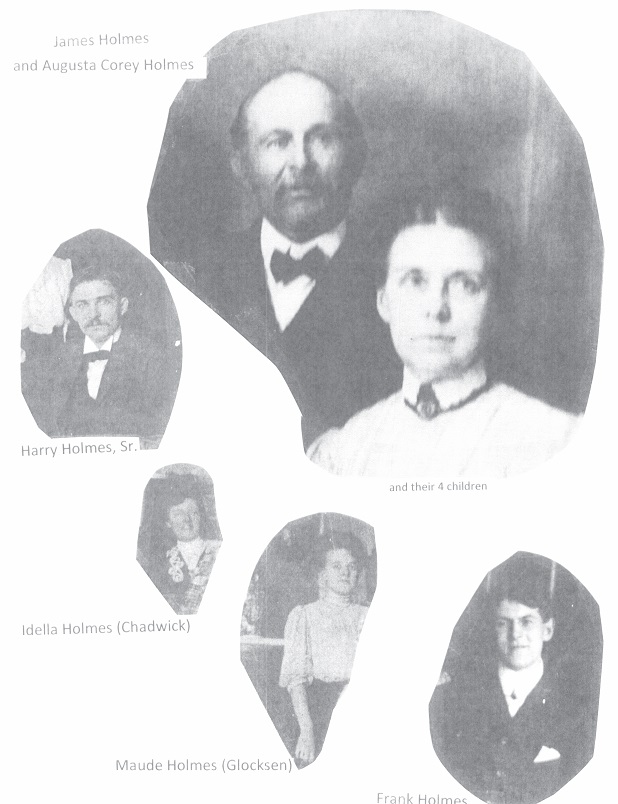 They lived in or around Hillgrove, Petitcodiac, and then Salisbury (New Brunswick, Canada) until 1881, when they moved to Caribou. Somewhere between 1900 and 1910 they moved to South China. They bought a large home previously known as The Mission House. Many people in South China were of the “Friends” religion, also known as Quakers. Though previously Baptists, James and Augusta adopted the Quaker religion in South China, making many friends in the community, and attaining esteemed reputations in civic and social groups. They often had family visit them in their South China home.