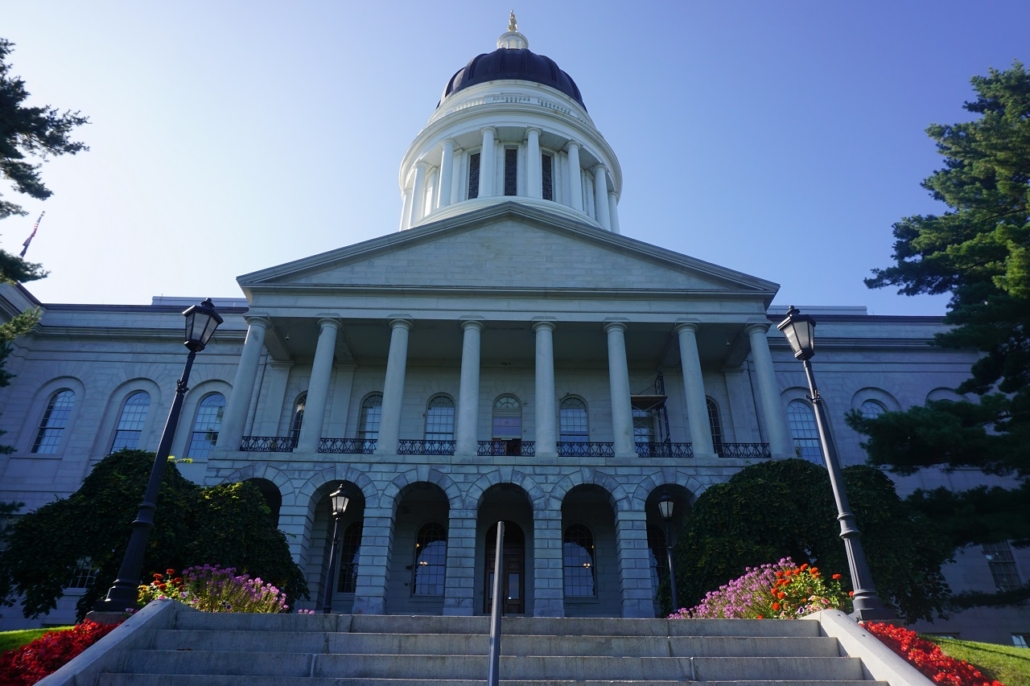 Falls to 39th in overall freedoms

Freedom in the 50 states, published by the Cato Institute, scores all 50 states according to how their public policies affect individual freedom.

The Cato Institute recently released the latest edition of Freedom in the 50 States, which ranks each U.S. state by how its public policies promote freedom in the fiscal, regulatory and personal freedom spheres. To determine these rankings, authors William Ruger and Jason Sorens examine state and local government intervention across a range of more than 230 policy variables – from taxation to debt, eminent domain laws to occupational licensing, and drug policy to educational choice.

Ruger and Sorens score all 50 states on their overall respect for individual freedom, and also on their respect for three separate dimension of freedom: fiscal policy and regulatory policy (which are combined to create the economic freedom score) and personal freedom. The index ranks Maine as the 39th freest in the nation in the overall rankings. By individual category, Maine scores 40th in fiscal policy, 44th in regulatory policy, and first in personal freedom. You can view the state’s full rankings, a descriptive analysis of its freedom situation, and policy recommendations to increase its freedom rankings at www.Freedominthe50states.org/overall/maine.

Maine has long been one of the freest states in the country personally and one of the least free economically. Between 2011 and 2014, the state declined even further on fiscal policy, which contributed to a relative decline in overall freedom.

Maine’s taxes have long been high, crushing taxpayers overall at 11.7 percent of adjusted personal income and earning the state rankings in the bottom 10 for both state and local taxes. Fortunately, government debt is low, at 14.7 percent of income, and government employment is down to 11.8 percent of private employment (from a peak of 12.9 percent in 2010).

Maine has been a consistently poor state on regulatory freedom since 2000, always staying in the bottom 10. It is one of the most regulated states for land use, and also has one of the most extreme renewable portfolio standards in the country. Different measures of occupational freedoms give a conflicting picture of that policy, but there is no doubt that Maine allows more scope of practice to second-line health professions than just about any other state. Freedom from abusive lawsuits is above average in Maine and has improved steadily over time.

Maine is a leading state for criminal justice. It has very low incarceration rates and a better-than-average civil asset forfeiture law. Maine is a progressive state with sound gun laws (including concealed carry without a permit), marijuana rights (recreational use became legal for adults over 21 years of age in 2017) and same-sex marriage (legalized by ballot initiative in 2012). It is, in brief, a very civil libertarian state.

To improve on its freedom ranking, the authors suggest several remedies, including: cutting spending on public welfare and housing and community development. Maine is one of the most free-spending states on public welfare in the country, and it also spends much more than average on housing and community development; cutting individual and corporate income taxes; rolling back exclusionary zoning ordinances that limit housing supply; selling off the state liquor stores and replacing the markup with a transparent ad valorem tax, as Washington has done. Maine will never be able to compete with New Hampshire prices anyway; perhaps it can compete on convenience.

Nationally, Florida, New Hampshire,, Indiana, Colorado and Nevada sit at the top of the rankings. New York again has the dishonor of being the least free state, preceded by Hawaii, California, New Jersey and Vermont.

The Cato Institute is a public policy research organization — a think tank — dedicated to the principles of individual liberty, limited government, free markets, and peace. Its scholars and analysts conduct independent, nonpartisan research on a wide range of policy issues.