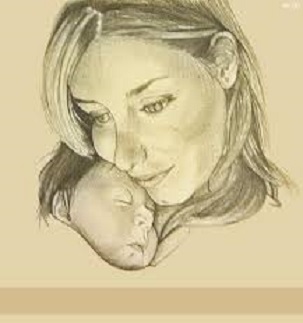 Sunday, May 9, is the day we set aside for the favorite lady in our life, Mother. There isn’t a lot of history regarding Mother’s Day but I will share what I know. Mother’s Day in the U.S.A. is held on the second Sunday in May. Internationally this holiday varies based upon lent and other variables. Mother’s Day recognizes mothers, motherhood and the maternal bond in general.

A lady by the name of Anna Jarvis wanted the world to realize the tremendous contribution that motherhood played in our world. So, on May 10, 1908, proclaimed the first Mother’s Day, at St. Andrews Church, in Grafton, West Virginia. In the U.S.A. we love our holidays. We have a Mother’s Day, a Father’s Day, Siblings Day and Grandparents Day. All are celebrated in a similar manner. It’s a family get-together time with lots of food and festivity. Lawn games are still very popular as is the outside barbeque. There is more food, more calories and the start of another diet. Flowers are appropriate gifts as are other gifts for the lady of the house, the one who gave birth to us. Lots of love and respect is bestowed on the one we call mom or hun.

One of the first events was started by women’s peace groups; in favor of peace and against war. A common early activity was the meeting of groups of mothers whose sons had fought and died on both sides of the American Civil War

In 1868, four years post civil war, Ann Jarvis; Anna Jarvis’s mother organized a committee to establish a “Mother’s Day International Associate”. In 1912 Anna Jarvis trademarked the phrases “Second Sunday in May” and “Mother’s Day” and created the Mothers’ International Association. Anna specifically noted that “Mother’s” should be a singular possessive, for each family. Mother’s Day is the third largest holiday in the U.S.A. for sending cards; criticized by some as a Hallmark Holiday. Over 50 percent of American households send cards.

In 1908 Anna Jarvis delivered 500 carnations to the first celebration, thus carnation became the flower of choice for the holiday. Anna chose the carnation because it was her mother’s favorite. It became also the lapel ornament of the gentlemen during this event. A pink carnation was of choice if your mother was still living and a white one if she had passed. The church eventually picked this up. Other variations are used these days, including live plants.

The sad ending to this informative piece is, the holiday became so commercialized that Anna Jarvis became an opponent of her own created holiday. She spent all of her inheritance and the remainder of her life fighting what she saw as an abuse of her heart’s creation. She became very obsessed with what she saw. She started a protest in 1948 and was arrested for disturbing the peace. She finally stated she wished she had never started the holiday. She died that year.

Americans spend $2.6 billion on flowers, $1.53 billion on gifts and $68 million on cards. From NASCAR to the Players Golf Championship, mother is on the billboard May/June. The colors pink and white are used at these and the hundreds events like them. Although Anna’s heart was broken much good did come from her love of her mother. It is one of the few holidays that has stood the test of time.

I wish my flower was pink but for many years now it has been white. Thank you Anna, your heart was true and though what you gave and left behind changed for many, there are still many who are grateful for your undying sweet gift. God Bless all our mothers. Enjoy your time together.

Carrabec High School announces top 10 seniors for 2021 Up and down the Kennebec Valley: Granges – Part 5
Scroll to top