He enjoyed fishing, spending time with family and friends and took pride in taking care of his buddy Myrtle, the turtle that he rescued years ago.
Pete was a funny, fun loving guy who will be missed by many. Funeral services have yet to be decided at this time.

He was predeceased by his father Ernest O’Connor, his sister Julie O’Connor and his Uncle Ed Spaulding, who was very special to him.

He is survived by his son John Roy (who was his greatest accomplishment in life) and wife Katie; one grandson Brady Roy, all of Arundel; mother Loretta Rabassa, of Fairfield; one brother John O’Connor, of Waterville; three sisters, Diana Savage and husband Todd Savage, of Oakland, Nancy Wood, of China, and Vicki Tourtelotte, of Jackman; along with the Spaulding side of the family whom he loved and spent a lot of time with, and many nieces, nephews, and cousins.

Arrangements under the care and direction of Dan & Scott’s Cremation & Funeral Service, 445 Waterville Road, Skowhegan, ME 04976.

He attended Winslow schools, then worked at Morneau’s Lumber Yard, in East Vassalboro.

He married the former Norma Schofield, from Rockland, in the fall of 1972. They lived in Rockland and owned a grocery store and a Chinese Restaurant. After Norma’s death, Babe moved back to Winslow to be near his family. He then met Virginia Spaulding, who was his partner for 12 years. She took very good care of him during his illness.

Babe enjoyed attending Mass every Sunday at the Servants of the Blessed Sacrament, in Waterville, with his brothers. After Mass, they would go for coffee to spend quality time together. He was a fan of the New England Patriots and the Boston Red Sox. He enjoyed family gatherings and had a great sense of humor. He loved telling stories about his younger days. He had a creative mind and stayed busy with personal projects.

Per his request, there will be no visiting hours. A Mass of Christian burial will be held Saturday, November 9, 2019, at 11 a.m., at St. John the Baptist Catholic Church, 26 Monument Street, Winslow, followed by interment at St. Francis Catholic Cemetery, Grove Street, Waterville.

In lieu of flowers, friends wishing may make donations in Omer’s memory to Blessed Sacrament, 100 Silver Street, Waterville, ME 04901. 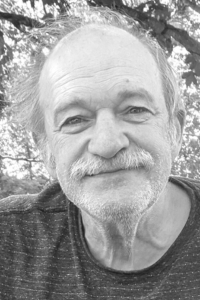 NORTH VASSALBORO – Dennis R. Weston, 67, passed away Saturday, October 26, 2019,at his home, in North Vassalboro. He was born February 12, 1952, in Waterville, the son of Hermon and Darolyn Weston.

He graduated from Messalonskee High School, in Oakland, in 1972 and attended Kennebec Valley Community College, in Fairfield. On April 24, 1992, he married the former Rhonda Roux, in Waterville. Dennis was employed for many years at Mid-State Machine, in Winslow. He enjoyed music, wood working, and gardening.

In lieu of flowers, friends wishing may make donations in his memory to a charity of choice. 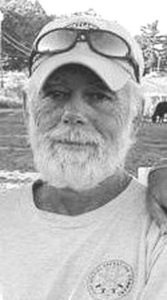 He graduated from Waterville High School in 1970.

David spent 43 years working at the Kennebec Water District and was a core member of the Spencer Bay Fishing Gang.

He is survived by his father, Leon and his wife Diane Couturier; his wife, Shelley (Joseph) Couturier; his three children, Scott and his wife Leslie Couturier, Bill Maheu, and Darcy and her husband Stephen Corcoran; his grandchildren, Josh, Jordan, Katie, Willy, Mitchell, Brady, Thomas, and Nicolas; his great-grandchild, Madeline; his brothers, Lee and Danny Couturier, his sisters, Diane Drapeau and Danielle Hajj; and several nieces and nephews. 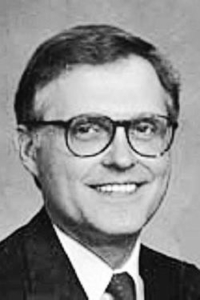 Thomas was a 1970 graduate of Belfast High School and a 1974 graduate of the University of Southern Maine. He pursued graduate studies at American University, in Washington, DC.

A passionate educator, Thomas taught at Brunswick Junior High School before working as an education consultant for the state of Maine Department of Education, recognized with a National Outstanding Young Educator award. He moved on to be the director of Midcoast School of Technology and United Technologies Center. He taught courses as an itinerant professor at the University of Southern Maine for 30 years. He retired from the state of Maine in 2014, spending 10 years with the Secretary of State’s Office as a staff development specialist.

As an EMT, Thomas spent many years in service to Windsor Volunteer Ambulance and Fire Department and assisted with the training of firefighters statewide with the Maine State Fire Academy.

He was elected selectman for the town of Windsor and was a member and former chairman of RSU #12 School Board. He loved volunteering as bus monitor for RSU #12, known endearingly as “Mr. Thom” on the Pre-K bus runs.

Thomas enjoyed hunting, ice fishing, and anytime “upta” camp with the Birminghams. There was nothing he loved more than spending time with family and being outdoors. He will be remembered for his hearty laughter, adventurous spirit, good nature, and eagerness to always lend a helping hand, an encouraging word, or a listening ear. He is loved by all who had the pleasure of knowing him.

Thomas was predeceased by his parents, Leo and Alma Birmingham, and dear sister, Anne Elizabeth Birmingham.

A Mass of Christian Burial will be celebrated at 11 a.m. on Friday, Nov. 8, at St. Mary of the Assumption Catholic Church, 41 Western Ave., Augusta. Burial will be held at a later date.

Condolences, stories and photos may be shared at www.plummerfh.com. 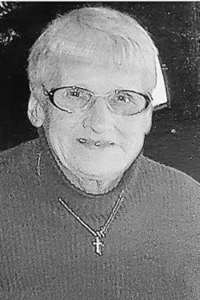 WATERVILLE — Patricia Fecteau, 75, of Waterville passed unexpectedly on Friday, October 25, 2019, at Eastern Maine Medical Center, in Bangor, from complications of previous illnesses. Patricia was born in Augusta on March 15, 1944, the daughter of Jack and Mary Louise (Bouget) Porter.

Patricia attended and graduated from Cony High School, in Augusta. Patricia married Carlton Fecteau and they made their home in Waterville. She attended St. Francis de Sales Catholic Church, in Waterville .

She was self employed as a housekeeper for multiple local families and businesses for nearly 40 years. Patricia was the President of the Women’s Auxiliary of the Waterville Elks Club. She loved to clean, shop, dance, dine out and take rides to the coast. She was a people person who truly enjoyed socializing with family and friends. She was the center of her family.

Patricia was predeceased by her parents, Jack and Mary Louise (Bouget) Porter; and her husband, Carlton W. Fecteau, married 40 years.

Patricia is survived by her son, Ross Chabot and wife Julie, of Winslow. Two daughters, Tara Fecteau and her life partner Harold Ringuette, of Vassalboro, and Arlene Johns and husband Travis, of Waterville, as well as granddaughter Cierra; Cousins Jeannie Fritz, Ollie Bouget, Cecile Bouget and several others.

Arrangements are under the direction and care of Gallant Funeral Home. An online guestbook may be signed, condolences and memories shared at www.gallantfh.com. 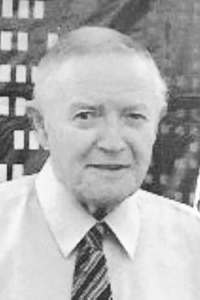 He was a lineman for AT&T and managed a boarding home in North Carolina.

He was predeceased by his parents, Charles and Marie Dora Rodrigue; brother, Everett C. Roderick.

Arrangements under the direction and care of Dan & Scott’s Cremation & Funeral Service, 445 Waterville Rd., Skowhegan, ME 04976. 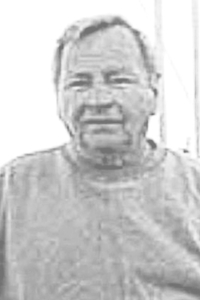 He attended the Waterville schools.

At a young age Tim opened his first auto shop doing everything from auto body work to auto sales. Tim’s true passion was antique cars. He was an antique car enthusiast! Tim enjoyed working on the cars from start to finish. Once he was done one car, he would immediately be on the lookout for his next project! His love and passion for antique cars led him to opening an antique car show room and restoration shop right in central Maine. Tim was also one of the founders and president of the S.M.F. Auto Club.

He was predeceased by his wife, Carmaline; his parents; and brothers, Stanley “Ace” and James.

There will be a Celebration of Life on Saturday, Nov. 9 at 1 p.m. at Dennis and Rose’s home at 244 Main St., Vassalboro. Antique cars are extremely welcomed! 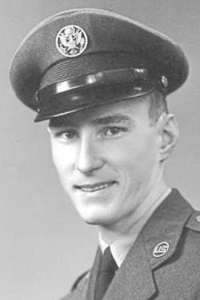 At the age of 17 he joined the greatest generation and proudly served 26 years in the United States Air Force. Joe served his country during the Occupation of Japan, the Korean War and the Vietnam War.

He was predeceased by his oldest son, Norman G. Lapointe; and his brother, Donald Lapointe.

There will be a private family burial with full military honors at the Fort Jackson National Cemetery. Shives Funeral Home, Trenholm Road Chapel, is assisting the family.

Memories and condolences may be shared at ShivesFuneralHome.com 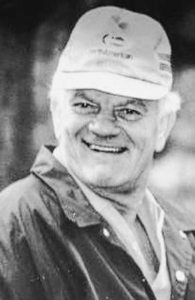 Vinnie graduated from Cony High School, in Augusta, in 1959. He played three sports and was a star basketball player. He enjoyed boating, going to sporting events and spending time with his family and friends, his caretaker, Polly and his dog, Jake. Vinnie served in the Peace Corp from 1961-1963 and the U.S. Army from 1965-1967.

Vinnie worked at Fort Western Tire Company, in Augusta, in the early 1970s then spent much of his career at Digital Corporation, in Augusta. After retiring, he enjoyed volunteering at Togus VA, the soup kitchen and was an active member of St. Marks Church and Emmanuel Lutheran Episcopal, in Augusta.

Vinnie was predeceased by his parents; and sister, Mary Jo Stafford.

Condolences may be expressed at www.funeralalternatives.net

In lieu of flowers, donations can be made to Emmanuel Lutheran Episcopal Church in Vinnie’s name.

THE MONEY MINUTE: Enjoy every age, they’re all good Celebrating 30 years of private practice in physical therapy
Scroll to top