OAKLAND – Virginia A. Veilleux, 75, of Oakland, passed away on Saturday, January 28, 2018, at Glenridge Nursing Home, following a long battle with dementia. She was born in Waterville, the daughter of Alton and Yvonne Pomerleau Wilbur.

She was educated in Waterville schools. She worked at Fort Halifax Packing, in Winslow, and then became a stay-at-home mom. She loved knitting, crocheting, dancing, beano and spending time with family and friends.

She was predeceased by her parents; daughter Victoria Reid; brother Keith Wilbur; and grandson Paul Caret. 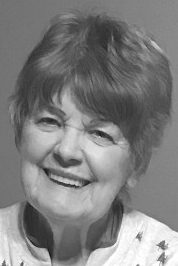 She worked several jobs while living in New York and New Jersey. Once she married and began her family, she chose to be a stay at home mom.

Upon moving to Maine in 1984 she worked as a custodian for many years at Windsor Elementary School. She built lasting relationships with the staff and community members. The students loved her dearly as she did them. They looked up to her and always appreciated her beautiful smiles and warm caring hugs. To this day the past students remember her and share their stories of her and how much they loved her.

Catherine was always there to lend a helping hand no matter what. She was a very beautiful person, inside and out. Her beautiful blue eyes stood out from across the room.

She enjoyed going to church, shopping at Wal-Mart, and watching TV. She absolutely adored her two cats, Pat and Cat, but more than anything she cherished her time with her grandchildren and great-grandchildren, who she loved unconditionally.

A Mass of Christian burial will be held at Saint Augustine’s Church, of Saint Michael’s Parish, on Saturday, February 24, 2018 at 11 a.m. A celebration of Cathy’s life will follow at the American Legion Post 179, South China, Maine from 1 – 4 p.m.

ALBION – Michelle Dawn Haskell, 42, of Albion, passed away unexpectedly on Wednesday, February 7, 2018, at the Alfond Center for Health, MaineGeneral Medical Center, in Augusta. She was born October 1, 1975, the daughter of Mark Haskell and Jackie Lucier.

She was employed as animal control officer for the towns of Albion, Troy, Thorndike and Unity.

Michelle liked gardening and taking care of her garden.

Katherine, “Kay,” graduated from Williams High School, in Oakland, in 1954. She was a devout member of Corpus Christi Parish, where she served as a Eucharistic minister at Immaculate Heart of Mary Church, in Fairfield.

She will be remembered for her delicious Saturday lunches which she made so effortlessly, and she welcomed all who happened to walk through her kitchen door to join in on the lunch. She loved July 4, swimming, traveling, crossword puzzles, gardening and a good cup of tea.

Kay was an immeasurable source of strength, leadership, comfort, understanding and unconditional love, not only for her family, but for all those she held dear to her heart. Her strong will, deep faith, kindness, generosity and love for those around her will always be cherished and forever missed.

She was predeceased by her parents, and one brother, Timothy Collier; and by husbands Romeo Bureau, Norman Pellerin, and J. Alfred Boucher.

Memorial donations may be made to the Alfond Cancer Center, 361 Old Belgrade Rd., Augusta, ME 04330.

WINSLOW – Antoinette “Toni” Zemrak, 85, passed away on Sunday, February 11, 2018, at Oak Grove Nursing Home, in Waterville. She was born in Waterville on April 1, 1932, the daughter of Joseph Philip and Belzemire Veilleux.

Toni grew up and attended school in Winslow and graduated from Winslow High School in 1950. She and her husband of 65 years, Robert, were married on September 6, 1952, and together they had five children.

Toni worked at the Federal Trust Bank, in Waterville, for many years following high school. She then opened a daycare in her home and cared for hundreds of children for more than 20 years. After retiring from being a daycare provider, she opened Antoinette’s Bridal Boutique, on Main St., in Waterville. She ran the business until her full retirement.

Toni enjoyed traveling. After her husband’s retirement, they took 2-1/2 months to travel the country. She loved her many trips to California, New York City, Myrtle Beach, Florida and Hawaii. Her longest destination trip was to Japan.

Memorial donations may be made to the Alzheimer’s Association, Maine Chapter, 383 US Route One, Suite 3C, Scarborough, ME 04074 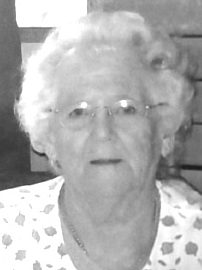 Hattie married Bernard J. Bumps, October 26, 1940, and they were married 35 years. They purchased the Old Bumps Homestead on Pleasant View Ridge Road where they ran a dairy farm with Bernard’s brother until the farm was sold in 1970.

Hattie chaired many seats while she was a member of the Silver Lake Grange, in China. She was a employee for years at Lipman Hatchery, in Winslow. Hattie was not a stranger to hard work as she and her family ran the farm while Bernard was enlisted in the military. She worked as a housekeeper for many years for many local residents of China.

Hattie can be remembered as a hard worker willing to help out any way possible. Hattie spent many of her days and nights crocheting dish cloths and blankets for her family and friends. She had a great appreciation and love of flowers and could be seen tending her gardens in the spring and summer each year, if you were lucky she would give you cuttings of her flowers to nurture in your own gardens.

Hattie was predeceased by her parents Harry and Thelma McCaslin, her husband Bernard J. Bumps, her daughter Nancy Bona and her ten siblings.

There will be a small family graveside service and burial in the spring. Memories and condolences may be shared at www.directcremationofmaine.com. 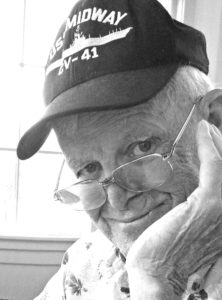 Mr. Dwelley was a graduate of Calais Memorial High School and Barrington University where he earned his bachelor’s degree.

He had been employed by Erskine Academy, in South China, for over 25 years and previously worked for many years at Winslow Junior High School.

Mr. Dwelley was an active member of the Blessed Advent Christian Church. He was an active outdoorsman who enjoyed hunting and fishing. George ran canoe trips in northern Maine for many years.

He was pre-deceased by his brother, Aubrey Dwelley.

Mr. Dwelley is survived by his wife of 62 years, Mildred E. (Campbell) Dwelley, of Waterville; his son, David and Penny Dwelley, of Manchester; two daughters: Dianne and David Spurdle, of Temecula, California, and Donna and Paul Oxley, of Vassalboro; a sister-in-law, Lillian Dwelley, of East Machias; 10 grandchildren, 12 great grandchildren and several nieces, nephews and cousins.

A graveside service with military honors will be held on Friday, April 20, at 2 p.m., at the new Maine Veterans Memorial Cemetery, Mt. Vernon Rd., Augusta. A Celebration of Life will follow at the Family Life Center at the Blessed Advent Christian Church.

Those who desire may make donations to: Alzheimer’s Association, Maine Chapter, 383 US Route One, Suite 2C, Scarborough, ME, 04074.

Condolences, photos and memories may be shared at www.plummerfh.com.

Brian had graduated with a diploma from Lawerence Adult Ed, in Fairfield. He was a member of the First United Pentecostal Church, of Augusta, and enjoyed hunting, fishing, camping, and raising chickens.

He was predeceased by his grandparents, Thomas and Gladys Green.

In lieu of flowers, friends wishing may make donations in Brian’s memory to the Humane Society Waterville Area, 100 Webb Road, Waterville, ME 04901.

GABRIELLE L. MANSON, 102, of Waterville, formerly of Fairfield, Oakland and Unity, passed away on Saturday, February 3, 2018, at Oak Grove Center, in Waterville. Locally, she is survived by son Parrish Manson and wife, Jessey, of Waterville, and daughter Pamela Manson, of Winslow.

EVA MAY NICHOLS, 71, of Skowhegan, passed away on Saturday, February 10, 2018, at her home. Locally she is survived by daughters Shay Perryman and husband Kenny, of Oakland, and Ida Noonan and fiencé Jeremy Clement, of Vassalboro.

LORRAINE P. HAYDEN, 70, of Starks, passed away on Tuesday, February 13, 2018, at Sandy River Center, in Farmington. Locally, she is survived by daughters Katherine Casey, of Waterville, and Patricia Hayden and fiancé Errol Ireland, of Clinton; and grandchildren Cassandra Gaskey and husband Steve, Alex Casey, and Miriah Casey, all of Waterville, Zachary Casey, of Madison, Tifani Warren, of Skowehgan, and Natasha Warren, of East Benton.