She was educated in the schools of Waterville and graduated from Lawrence High School, in Fairfield, in 1985. On June 29, 1997, she married Scott Horne, in Benton. Kathy was a homemaker and self-employed owner of Wild Things Live Bait with her husband. She enjoyed NASCAR, hunting, fishing, lobstering, and being a grandmother.

She was predeceased by her parents Kenneth and Vivian Chase Jr.; grandparents, Kenneth and Annette Chase, Sr, and Charles and Ida Crowe.

WINSLOW – Norman Richard Nicholas, 81, passed away Monday, December 24, 2018, at MaineGeneral Medical Center, in Augusta. He was born August 16, 1937, in Waterville, the son of Joseph and Bernadette (Ducas) Nicholas.

He was educated in the schools of Waterville and graduated from Lawrence High School, in Fairfield, in 1956. On February 11, 1957, he married Farolyn McLaughlin, in Hartford, Connecticut. He was a veteran who proudly served his country in the United Stated Army until his honorable discharge. He was employed by the Kennebec Water District (River Crew) from 1960 to 1965, then as a lineman for Central Maine Power Company from 1965 to 1998.

Norman was a member of the VFW, Elks, IBEW and helped establish the Winslow American Little League program and the Winslow Midget Football program. He enjoyed fishing Lake Moxie and Indian Pond, hunting at the hunting camp in Unity, playing cribbage with friends at the VFW or Elks club.

He is survived by his wife of 61 years, Farolyn (McLaughlin) Nicholas of Winslow; two sons, Bruce Nicholas and wife Cindy, of Auburn, Bryan Nicholas and wife Sandy, of Orlando, Florida; grandchildren, Taylor, Cody, and Noah, all of Auburn, Nolan and Taylor, both of Orlando, Florida. He was predeceased by five sisters, Marion Will, Jeanette King, Adeline Paquette, Cecile Siviski, and Regina Gall; 4 brothers, Leo, William “Hank”, Edward “Kiko,” and Robert.

In lieu of flowers, friends wishing may make donations in Norman’s memory to the VFW, 175 Veteran Drive, Winslow, ME 04901.
Arrangements under the direction and care of Dan & Scott’s Cremation & Funeral Service, 445 Waterville Road, Skowhegan, ME 04976. 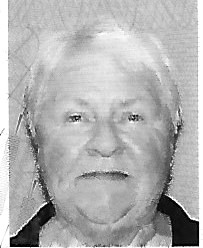 She was educated in the schools of Winslow and was employed for many years at Pleasant Hill, in Fairfield, as a cook and also worked at Scott Paper Co., in Winslow. She was a member of the VFW and St. John the Baptist Church, in Winslow, and enjoyed playing bingo, going to Foxwoods to gamble, playing cribbage, camping each year on China Lake, and the annual trip to Old Orchard Beach with her gang.

A Celebration of Life will be held Saturday, January 19, at 10 a.m., at the Shawmut Chapel, Shawmut.

In lieu of flowers, friends wishing may make donations in her memory to the Somerset Humane Society, PO Box 453, Skowhegan, ME 04976.

He was born on August 8, 1925, in his family home in Edgewood, Rhode Island, the son of the late Stanley I. Garnett and Ada (Willmott) Garnett.

Norval was educated in the Cranston school system graduating from Cranston High School in 1943. Enlisting in the service in 1943 he proudly served three years in the U.S. Army Infantry in England (SHAEF) and France. After his years in the service he prepped at Moses Brown School. Norval began his college studies the following fall at Colby College, in Waterville, graduating in 1951. He met his life-long partner and wife, Norma A. Bergquist, at Colby College.

He spent the last 31 years of his career in the Trust Department of the Industrial National Bank, later Fleet Bank, in Providence, Rhode Island, as a trust officer, retiring in 1989.

Norval had been active in the United Methodist Church of East Greenwich, Rhode Island, serving on various boards and committees. He was also an active summer member of the South China Community Church, in South China. Norval and his wife, Norma, enjoyed spending time with their friends and family at their summer home at Killdeer Point, on China Lake. They also enjoyed yearly trips abroad, particularly those to Spain.

He was a member and Past Master of Corinthian Lodge #27 F. & A.M., now affiliated with St. Johns Lodge #1, Providence, and was also a member of Calvary Commandery #13 Knights Templar.

Remembrances may be shared at carpenterjenks.com.

He attended the Fairfield school system. On November 8, 1942, he married the former Virginia E. Getchell. They had 65 years together. Phil was a World War II veteran. He spent most of his working career as a mechanic, opening his own garage, Phil Carter’s Garage, in 1960. The garage is still going strong today under the ownership of his son, Larry Carter.

He was a devoted member of the Shawmut Chapel since 1958. He was also a member of the Odd Fellows and constable of Benton. His favorite pastime was doing puzzles, and he enjoyed his time with family at the camp on Morrill Pond, in Hartland.

He was predeceased by his wife, Virginia; his siblings, Hillman, Laura Bray, Mason, Luella Fortin, and R. Zalisco.

An online guestbook may be signed, and memories shared at www.familyfirstfuneralhomes.com. Arrangements are by Lawry Brothers Funeral & Cremation Care, 107 Main St., Fairfield.

In lieu of flowers, the family requests that donations be made to the Memorial Fund of Shawmut Chapel, P.O. Box 222, Shawmut, ME 04975. 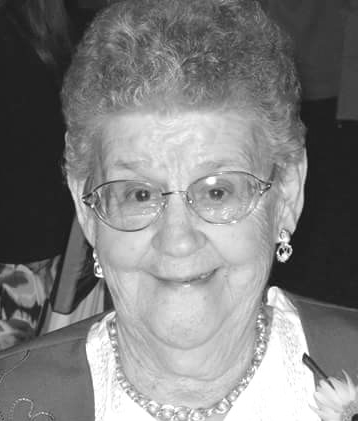 She settled in Albion where she attended Besse High School. She married Ervin S. Dow on November 5, 1940, and they celebrated 67 years of marriage before she was widowed in 2008. At various times Virginia held employment at the local school lunch program, and at the Albion Creamery. Virginia and Ervin established a home on the East Benton Road, in Albion, where she was mother to four children. Her love and support enabled all of her children to continue their educations beyond Besse High, and she and Ervin were so proud to attend each of their college graduations. Her neighbors during the 64 years that she lived on the East Benton Road became cherished friends. Virginia made certain that everyone in her family had a “Grammie Dow Quilt,” and these are treasured by all. She kept her fingers busy knitting and crocheting, and her biscuits and donuts were wonderful. She often sent visitors home with gifts of jams or pickles. Virginia loved her flower garden, and would often be found outside gardening. Her loving and giving nature touched everyone who knew her.

She and Ervin enjoyed traveling with family members and friends to many sites throughout Maine and the northeastern U.S., as well as to Nova Scotia, Florida, Alaska, and Arizona. Virginia had been deeply involved in her community through PTA, Albion Fire Department Auxiliary, as a member of the Albion Christian Church, Rebekah Lodge of IOOF, Grange, and as a life member of the Albion Historical Society. In her later years Virginia lived at Meadow By The Brook apartments, in Albion, then she received superlative care in the home of her daughter Pearle and son-in-law Jack Brake, in Clinton.

The family suggests that memorial donations be offered to Loaves and Fishes, Albion Food Pantry, 123 Benton Road, Albion, ME 04910 or to Albion Public Library, 18 Main St, Albion, ME 04910.

SOUTH CHINA – Edward “Eddie” Devito, 54, passed away Tuesday, January 1, 2019, at MaineGeneral Medical Center, in Augusta, following a brief but fierce fight with cancer. He was born February 3, 1964, in Manhattan, New York, the son of Vito E. And Marion (Linerello) Devito.

His friends were his family, and are too numerous to mention, you know who you are. All his women friends he call “Ma,” his guy friends were “Brother.” Those near and dear had their own special term. One special person should be mentioned, his girlfriend, Dawn Cook.

Golf was a true passion for Ed, a long-time member of Natanis Golf Club, in Vassalboro, and many of his closest friends were his golf buddies.

Ed was a career letter carrier whose career began in Brighton Beach, New York, then he transferred to Waterville and developed a close postal family. His eclectic taste in music, from Metallica to Lyle Lovett, endeared him to everyone who attended the many shows with him. He also enjoyed muscle cars, St. Bernards, cigars and watching sports.

A “larger than life” character in every sense of the word, his humor brought tears of laughter. He was one of those rare individuals who touched lives so deeply he could never be forgotten.

A celebration of his life in true Ed fashion will be held in the spring with a date and time to be announced at a later date.
Arrangements under the direction and care of Dan & Scott’s Cremation & Funeral Service, 445 Waterville Road, Skowhegan, ME 04976.

RICHARD E. ALBAIR, 69, of Augusta, passed away on Friday, December 7, 2018, at MaineGeneral Medical Center, in Augusta. Locally, he is survived by a son, Shannon Albair ad his fiancé Sheresa Stover, of Windsor.

A spring graveside service for DONALD C. POTTLE, of Fort Pierce, Florida, formerly of Benton, who passed away on December 7, 2018, will take place at Brown Cemetery, in Benton. It was a typographical error.