In April, 1940, Italian composer Pietro Mascagni (1863-1945) conducted the La Scala Opera Orchestra and Chorus in a recording of his masterpiece, Cavalleria Rusticana, to commemorate the 50th anniversary of its 1890 premiere, at the invitation of the record label, La Voce del Padrone, in a very hea­vy set of 11 breakable 78s; since then it has been reissued in LP and CD formats and can also be heard on YouTube.

The story takes place in an impoverished village and the two main characters are Santuzza and Turiddu; Santuzza is madly in love with Turiddu but he is paying more attention to an ex-girlfriend, Lola, who is welcoming his ad­vances while now married to the very jealous Alfio. Tragedy inevitably occurs in a knife fight.

Currently, it has been my favorite opera to listen to and the composer’s recording can be added to distinguished ones of De Los Angeles/Corelli and Tebaldi/Bjoreling, both of which are also on YouTube. After its premiere, it was presented 14,000 times just in Italy before World War I began, and is often, due to its one hour length, presented the same evening as Leoncavallo’s Pagliacci, with its own immortal Vesti la Giubba. 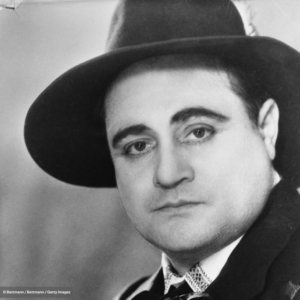 The composer chose tenor Beniamino Gigli (1890-1957) as Turriddu and soprano Lina Bruna Rasa (1907-1984) to sing Santuzza. Rasa and the composer met in 1928 when he conducted her in a Cavalleria before a crowd of 35,000 people. She brought such beauty, dramatic intensity and sorrow to the role that Mascagni considered her his favorite Santuzza from then on and would not accept any other soprano in that role. 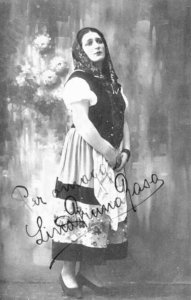 Very sadly, Lina was emotionally very fragile and suffered frequent breakdowns after the age of 25, which only worsened after her mother died in 1935. She would pull herself together for brief periods when singing but then would have strange hallucinations and periods of depression that manifested themselves in sadness and passivity. Her friends and colleagues adored her and were very protective of her. But the breakdowns increased and she made her last stage appearance in 1942. She would spend the rest of her life in and out of a mental hospital in Milan. 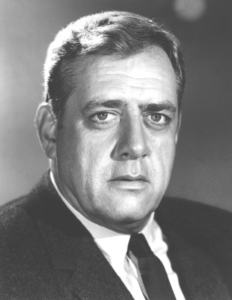 I have started bingeing on episodes of the CBS TV show, Perry Mason, which was produced from 1957 to 1966. My favorite characters are Ray Collins’s Lieutenant Tragg, William Hopper’s private investigator Paul Drake and the wonderful Barbara Hale’s Della Street who was Perry Mason’s private secretary. Also, the courtroom trials were edifying lessons in procedural strategies and the most entertaining portions of the program. 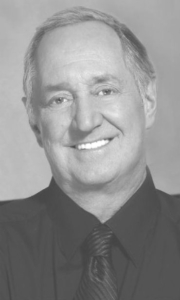 Pop singer Neil Sedaka recently posted a YouTube testifying to his recovery from Covid-19. He’s close to 82 and sang three songs, including his mega­hit Cal­endar Girl from more than 60 years ago, while accompanying himself on the piano.