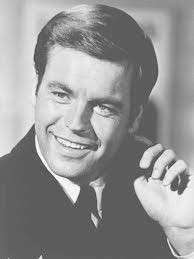 A Kiss Before Dying

From the visual perspective, it was a very good United Artists technicolor experience. The wide shots of the college campus, the small city downtown and the magnificent desert cliffs of the four corners horseback riding trails of New Mexico, Colorado, Utah and Arizona were skillfully done.

The movie was based on a 1953 novel of the same name by Ira Levin (1929-2007) whose Rosemary’s Baby and Stepford Wives were also transformed into successful films.

The plot concerns a college student, Bud Corliss (Wagner), who is pursuing a gold-digging courtship of a wealthy heiress, Dorey (Woodward), and she becomes pregnant. She is also madly in love with Corliss and desires marriage even if her father were to disown her, but a lack of reciprocation leads Corliss to planning a murder.

He forges her signature and mails a suicide note to Dorey’s father. Then, under pretense of taking her to the City Hall marriage bureau on the 12th floor (knowing that that office is closed during lunch hour), he suggests that the two of them, while waiting for the office to re-open, walk up to the rooftop balcony to enjoy the view, upon which he pushes her off the roof.

For “lack of any real evidence” – admittedly a point which stretches credulity, the murder is ruled a suicide by the authorities.

A few months elapse during which Corliss worms his way into the affection of Dorey’s sister Ellen (Leith) without her at first knowing of his connection with Dorey, but the plot thickens and I will leave off here.

I have generally found Robert Wagner’s acting to be overrated and his portrayal of Corliss does little to change my mind. The gifted Joanne Woodward considered Dorey her worst role but I found it a convincing, sympathetic depiction. 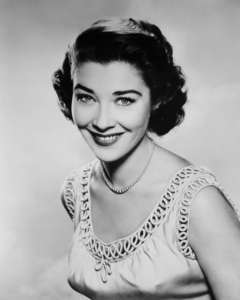 Virginia Leith was also very good at conveying charisma in sister Ellen’s personality, while Jeffrey Hunter as a tutor at the college who was working with Dorey, Mary Astor (1906-1987) as Bud’s mother and George Macready (1899-1973) as Dorey and Ellen’s father all did very good work.

Hunter was superb as John Wayne’s co-star in the 1956 John Ford classic The Searchers and the 1960 Hell to Eternity in which he portrayed the World War II Marine soldier Guy Gabaldon (1926-2006) who talked over 1,300 Japanese soldiers and civilians into surrendering during key battles in two of the Pacific Islands.

Mary Astor’s most famous role may have been as the murderess in Humphrey Bogart’s 1941 The Maltese Falcon.

Berlin-born Director Gerd Oswald (1919-1989 and, as far as I know, no relation to John F. Kennedy’s assassin) did generally good work, except for the bland Wagner, and was most renowned for episodes of such TV shows as Perry Mason, The Outer Limits, Bonanza, The Fugitive and Gentle Ben.