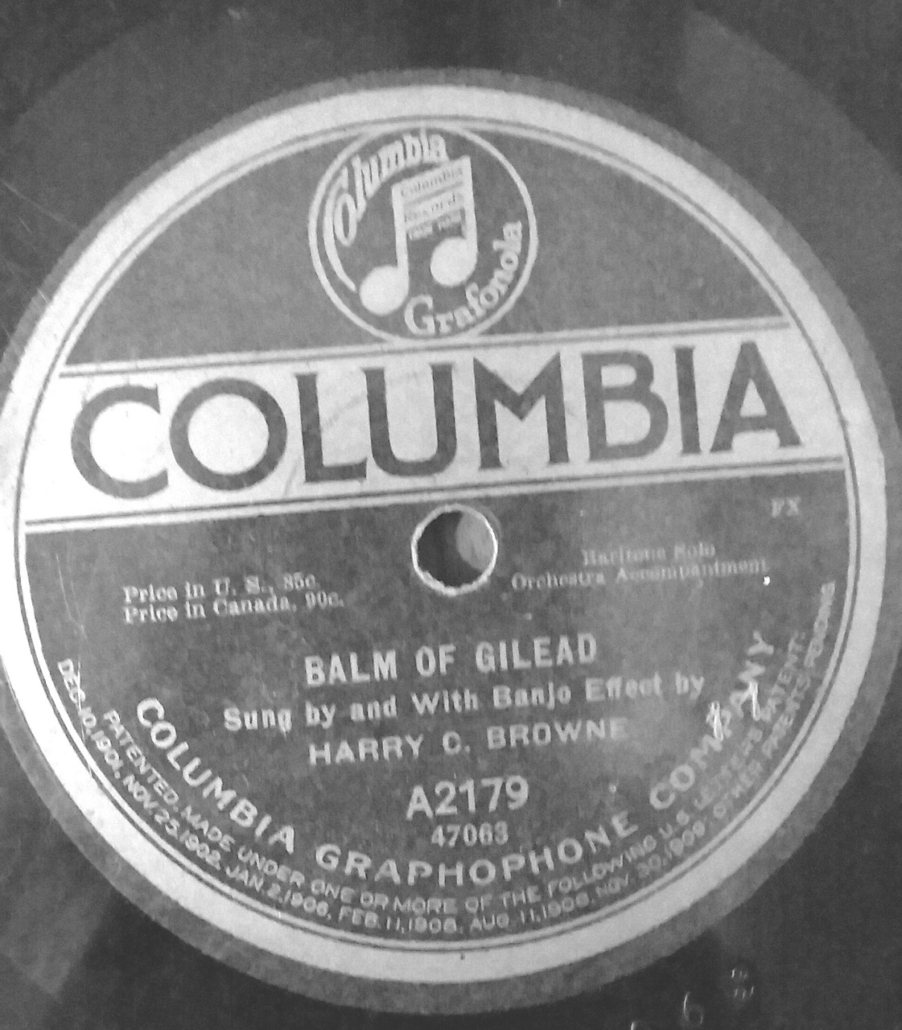 Harry C. Browne was a native of North Adams, Massachusetts, and fought with his home state regiment in the Spanish American War. He was also a noted actor and appeared in several staged productions, including Rebecca of Sunnybrook Farm (whose author Kate Douglas Wiggin attended Gorham Female Seminary, now University of Southern Maine, and whose home in Hollis still exists and can be seen in a Google photograph) and later found his way to Hollywood where he starred in several films during the silent era.

Browne was a very active campaigner for the Democratic party and, in 1914, was offered a diplomatic post by then Secretary of State William Jennings Bryan (1860-1925) which he declined.

During the late 1920s, Browne was an announcer for CBS radio.

He started recording for Columbia records in 1916, scoring a hit with Turkey in the Straw; that selection’s initial title was horrifically racist and won’t be mentioned here.

Balm of Gilead was recorded later the same year on October 16; side two was set down for posterity on November 29.

“Inside, men caught the thundering cakes and switched them, this one to the right, this one to the left, to their places. The walls of cakes rose gradually, aisles of air spaces left between the walls of solid crystal. The workers here were in their shirt sleeves. They were the youngest of the men, sons more often than fathers. Their work made them glow inside like cookstoves. The sweat ran down their faces. They stood by the cataracts of ice and flung the bright streams each way, stepping as in a dance to keep clear of a blow that would shatter their bones. The work was like the thunder of summer in their ears, thunder all day long. And the house filled up with the cakes. Square cakes piled as even as the sides of a barn, true and deep blue in the steaming dusk. The men walked between walls of Maine’s cold wealth.”