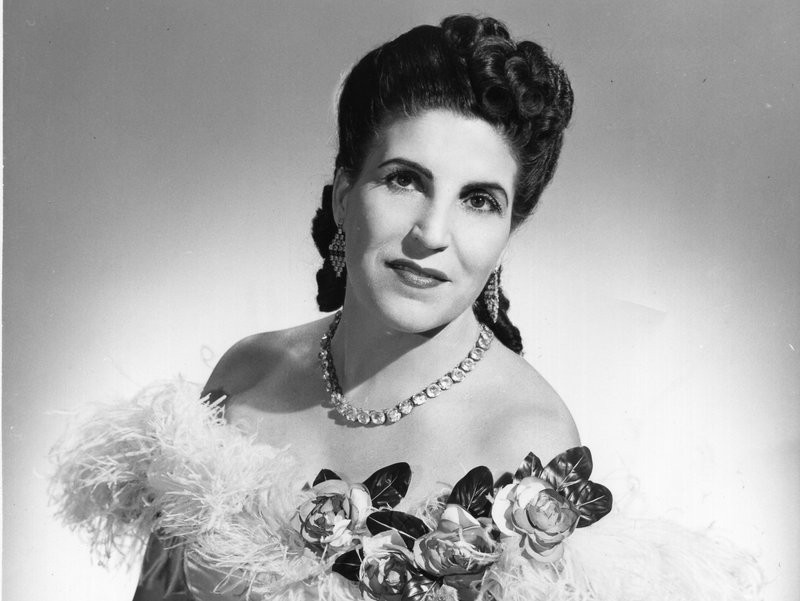 Licia Albanese (1909-2014) had one of the most magnificently beautiful soprano voices ever to be heard on record and I say this as a big fan of Maria Callas, Angela Gheorghiu, Mirella Freni, Victoria de los Angeles yada yada. This LP gathered a number of 78s she recorded for the Italian label, La Voce Del Padrone, between 1936 and 1940, the latter year being when she made her debut at New York City’s Metropolitan Opera and became a regular for 26 years; the program of 13 selections also contained three live radio appearances during World War II and encompassed Neapolitan songs and operatic arias from Bizet’s Carmen, Donizetti’s Don Pasquale and Puccini’s Manon Lescaut, Madama Butterfly and Turandot. And every selection is a gem.

But instead of trying to use my own words in describing these gems, I will provide what the annotator for this album wrote:

“Magic is a mysterious thing, and there was no mystery about Licia Albanese’s greatness. She was perpetually engaged in a quest for beauty in opera, and she sang with beautiful tone and beautiful art. To Albanese, every movement and every sound was meant to express the character she was portraying-but never at the expense of beauty. She was a beautiful woman and opera at the Metropolitan during the ’40s, ’50s and ’60s was more beautiful because of her.”

Her most famous role was Cio Cio San in Madame Butterfly, which she sang more than 300 times. A lot of her singing, along with interviews, can be accessed on YouTube. 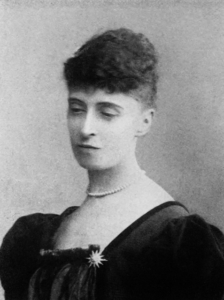 Victorian poet Alice Christiana Meynell (1847-1922) was a devout Catholic and feminist and actively campaigned for women’s rights and against poverty and cruelty to animals. She is little read today, which is an unfortunate omission. I offer her very eloquent, powerful poem, The Lady Poverty, published in 1895:

The Lady Poverty was fair;
But she has lost her looks of late,
With change of times and change of air.
Ah, slattern! she neglects her hair,
Her gown, her shoes; she keeps no state
As once when her pure feet were bare.

Or — almost worse, if worse can be —
She scolds in parlors, dusts and trims,
Watches and counts. Oh, is this she
Whom Francis met, whose step was free,
Who with Obedience caroled hymns,
In Umbria walked with Chastity?

Where is her ladyhood? Not here,
Not among modern kinds of men;
But in the stony fields, where clear
Through the thin trees the skies appear,
In delicate spare soil and fen,
And slender landscape and austere.

What resonates so much is this poet’s sense of anger and heartbreak and how beauty, truth, honor and justice are so elusive in this world. Things do not seem to have changed much in the 125 years since this poem was published.

A history of Hussey’s General Store I’M JUST CURIOUS: Other uses for booze
Scroll to top