Gustav Mahler (1860-1911), whose July 7 birthday anniversary is being celebrated as I write, was one of the truly great composers, on a scale with Beethoven, Brahms, Sibelius, Shostakovich, Vaughan Williams and a handful of others. He wrote ten Symphonies and several vocal works – maybe song cycles would be a better word! Recordings of this music abound on my shelves in 78, LP, cassette, CD, and download formats.

He aimed to evoke the world in all of its joy, triumph, misery and sadness, utilizing  the entire range of sonorities from the tiniest gentle whisper to the loudest eardrum- shattering climax, and thoroughly mined  the orchestra as the main instrument of communication. 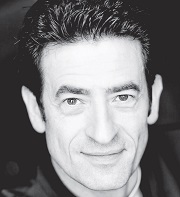 The 5th Symphony is one very exciting work with a funeral march opening, three blistering movements testing every instrument in the orchestra and an Adagietto for strings of such eloquent beauty that it alone is often played to memorialize the passing of public figures. Leonard Bernstein conducted it at services for Bobby Kennedy.

Yakov Kreizberg, who died in 2011, delivered a very good performance less than a year before his passing at 52. There are also a sizable number of other great recordings of this music – Georg Solti, Jascha Horenstein, Gunther Neuhold, Bernard Haitink, Maurice Abravanel, Vaclav Neumann, to name just a few.

The reason I didn’t provide any titles or performers will be apparent as I explain this label’s  modus operandi. Tops started in 1947 as a record label founded by two New York City friends who were tired of their work-a-day, underpaid routines and left the jobs seeking a new life of success in the golden city of Los Angeles.

One thing led to another as they embarked on the production of 78s and 45s  selling for 40 cents a record, 10-inch LPs for 69 cents and the 12-inch ones for $1.50, all approximate figures. Needless to say, it was a cash cow. 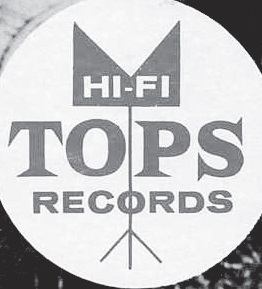 The label would draw upon hit songs from the current top 100 to ones going back about 10 years and hire performers who sounded similar to the original stars. The records were then put on a consignment basis much of the time in mostly department stores, supermarkets and other similar venues.

The names on the label were pseudonymous but such performers as singer Mel Torme and pianist Andre Previn are believed to have been involved. If the two disks noted above are typical, each release contained five selections, thus running at least five to seven minutes – then considered good value.

A listing of some examples, along with the fake names, include the following:

Beyond the Sea, Marty Holmes; Baby (You Got What It Takes), Joni Cole and Bob Mitchell; Harbor Lights, Roy Jacobs and the Toppers; Where or When, again, The Toppers; Let It Be Me, The Charles Brothers; Country Boy, Slim Atkins.

Sometimes the performances were superior to the originals, though not on these vinyls, but they were good on their own terms.

The biggest challenge with Tops records is finding them in playable condition but these ones were a most welcome exception.