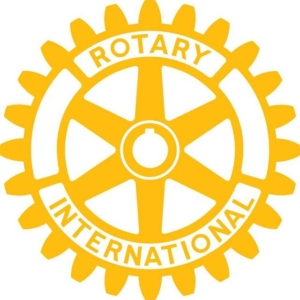 Well friends, it is so great to be back home and able to write for you, again.

Before I fill you in on the veterans issues I want to tell you of me and my team’s experiences in Southeast Asia. As you all are aware I, and my group, do humanitarian projects primarily for children in the Philippine Islands. There are thousands of children who don’t have the opportunity to go to school. This situation occurs mostly with those with no money for food, clothing and books. That’s where we come in. We are part of two groups, The Knights of Rizal and Rotary International.

We arrived in Manila on November 19, 2019. The first month and a half we had good weather and were able to accomplish a lot of our planned projects. We had shipped $2,000 in sports equipment, basket balls, soft balls, tennis balls, volley balls and even horse shoes. The plan was to eliminate some of the boredom and to give incentives for the kids to stay in school. They love sports, especially what they see the Americans do on TV. They have a passion for basketball and have some very impressive teams of their own. Other than that they have their national hero, Manny Pacquiao, whom we all know.

The Philippines is a country that is monetarily depressed so sports are a way to gain fame and fortune. They also have held titles such as Miss Philippines, Miss World and Miss Universe. Pacquiao has broken all records in boxing, I believe in two weight closes he is champion of the world more than once. He is an example of a person from humble beginnings to one of the riches men in the Philippines. Because of his great popularity he ran for a congressional seat and won. He is also a very nice person and contributes much to his community and the poor in general. I am proud to say he is recently a past president of the Manila Rotary Club.

Back to the original subject regarding our projects. The first month we traveled to the mountains of the province of Cagayan. This was part of our original plan. If you remember from Manila, the capital of the Philippines; it is a 21-hour journey via my van. The van is very large and two of the back seats needed to be removed to afford room for a thousand pounds of books, sports equipment and medical supplies. Part of our journey there was to keep the children in school. I have found these children are very bright and capable of great things. A very large part of the Philippines G.N.P. is export of its people to other countries such as Taiwan, Saudi Arabia, Australia, England, Italy and many other countries. They work there and send their money home. It’s a sad life as they have to be separated from their country and family for years. There are also many stories of abuse of all kinds. For me it is a shameful existence as the Philippines uses them as a large part of their existence. With all the wealth in those islands the people should be rich. They have gold, copper and silver for minerals and great fruits, vegetables and rice; to name only a few. All the banks in the Philippines are owned by the Chinese except two; one is a Philippine bank and the other is privately owned.

There is no reason for hunger, early death, lack of education and medical support. However, such is the case. People die from curable problems and starvation is on the list. The Knights of Rizal and Rotary work very hard to overcome these problems. Some church and other great organizations such as Kiwanis and the Masons have joined what I refer to as the Rizal fight inmitative. The fight for acceptance and equality has been going on for centuries. The fight for Nationalism is under an international existence now as the movement has taken root in many countries. The organizations previously mentioned have become international.

After we finished these projects in the Cagayan Mountains we made our journey to home base which is Silang, Cavite Luzon, Philippines. We no sooner arrived and the inactive volcano named Taal which has layed dormant for many years reared its ugly head and literally blew its top. Thank God we were close to home. I literally had to hold a bottle of water out the driver side window and run the wipers to be able to see anything. Our windshield washer wasn’t working. The ash was like a blinding snow storm. We made it through our security gate, parked and ran into our house there. We were in the ash for three weeks. Then all hell broke loose with the name of Covid-19.

Shortly thereafter we were in a lock down. We were not far from China and many of the Philippines inhabitance are Chinese and some of them travel back and forth over the South China Sea. United airlines abandoned us so we were unable to get a flight home with them even though we had round trip tickets. We were luckier than most as I have been doing these projects for years and had a little influence. My brother’s team was stuck there for a month and we all had to invest in new air tickets with Korean Airlines. We ended up flying to South Korea and, after a long lay over, flew to Detroit and then home. With the grace of God we were able to finish our projects and help feed hundreds of hungry before leaving.

I will give you all the new VA news this week. My phone has been ringing off the wall with veteran calls. Some of our vets are suffering and in pain, and I will do all that I can to answer all of your questions. I am visiting the VA and will be speaking to Senator Collins with your concerns.