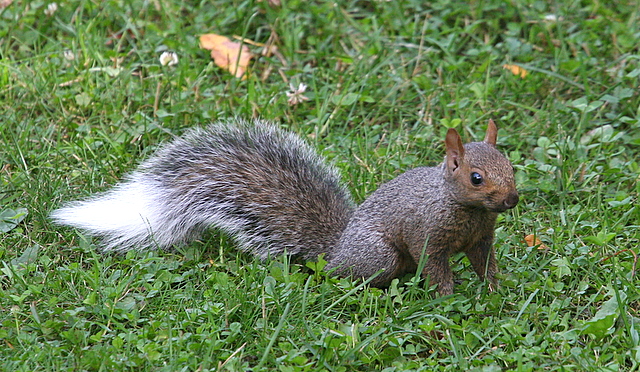 A faithful reader and supporter in Vassalboro wrote: “You mentioned black squirrels – you have seen them in Vassalboro – well I live in Vassalboro and I have a small herd of them in my yard – up to 6 – and growing! Not rare here! I have two varieties of gray ones and red ones as well as the black ones. I also have a friend that lives on the lake in Palermo and they too have seen black ones. Just wanted you to know. I have not seen any with white tails – yet.”

Another reader sent this along to me: “Hi, love your column and thank you for so much information. Wanted to share this with you after reading your squirrel article in December 9, 2021, issue [of The Town Line]. Brevard, North Carolina, is the home of the rare white squirrel. My sister lived there and white squirrels ranged everywhere! Brevard even has a white squirrel festival! Thanks for your enlightening articles.”

I guess depending where you live, the subject is as plain as black and white.

Everyone who knows me knows I have been a Patriots fan since day one, in 1960. I have followed them through some really rough times. But, the last 20 years have been a wild ride. Eleven Super Bowl appearances and six victories. They have played in 15 AFC championship games, winning eleven. The Super Bowl losses have been to the Chicago Bears, Green Bay Packers, New York Giants, twice – ugh! I don’t want to talk about those. Especially since I was a Giants fan prior to 1960, when they were “New England’s team”. – and the Philadephia Eagles – losing on a trick play.

Last year was a bit of a disappointment, but then this year has been a pleasant surprise.

The Patriots are currently 9-4 on the season, back home in first place in the division and the number one seed overall in the conference, holding tie breakers over Tennessee (a win in head-to-head competition) and Kansas City (because of the Patriots’ 7-1 record in the conference).

So, here we go. What if Damien Harris doesn’t fumble on the three yard line in the season opener against Miami. He was ready to score a game-winning touchdown. Patriots lose by one point.

Next, Tampa Bay Buccaneers and Tom Brady. The Patriots were down two points late in the fourth quarter and driving for a go-ahead score. The Patriots were forced to attempt a field goal by a very reliable kicker in Nick Folk. In a driving rain, the ball caroms off the left upright and is no good. Patriots lose by two points.

Third, the Patriots were leading the Dallas Cowboys by three points late in the game. They had the Cowboys pinned on their own side of the field, with a third down and 25 yards to go. Should have been game over. However, Dak Prescott completes a 24-yard pass to bring up fourth down. But now they were in field goal range. The kick is good, and we go to overtime. The Cowboys score a touchdown and the Patriots lose by six points.

Now, if you’ve been following this, and doing some math, you know the Patriots were three plays, and nine total points from being 12-1.

Tom Brady is 6-3 in Super Bowl games with the Patriots. Who were the quarterbacks against losses to Chicago and Green Bay?