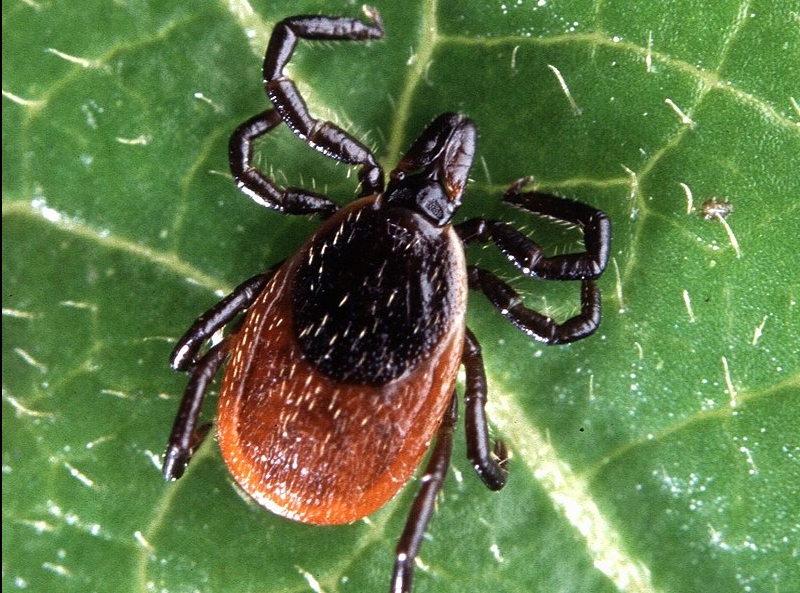 I received this press release from the Maine Center for Disease Control and Prevention recently. It has some interesting information that I thought I would share with you.

The Maine Center for Disease Control and Prevention (CDC) received a record number of Lyme disease case reports from health providers in 2019, with 2,079 cases as of January 16, 2020. This is the highest number of cases ever reported in the state, and the number may continue to rise as providers make additional case reports.

Lyme disease is caused by bacteria carried by infected deer ticks. The hallmark sign of the disease is a rash referred to as the “bull’s-eye” rash due to its pattern on the skin. This rash occurs in just over 50 percent of patients in Maine, usually within three to 30 days of a tick bite. Other symptoms include fever, chills, headache, fatigue, and muscle and joint aches, with later signs of illness including arthritis and heart problems. Lyme disease cannot be transmitted from human to human.

“While we can’t yet speculate about the reason for this increase, these new numbers emphasize the importance of preventing tick bites,” said Nirav D. Shah, Director of the Maine CDC. “Lyme disease and other tickborne diseases are on the rise, so Mainers need to proactively protect themselves.”

Although ticks are not normally active during the winter, they can be out anytime that the temperature is above 40 degrees, as it was two weekends ago. Maine CDC recommends that residents and visitors protect themselves by using the No Ticks for ME approach:

If diagnosed in the early stages, Lyme disease can be cured with antibiotics. Without treatment, complications involving the joints, heart, and nervous system can occur. But these symptoms are still treatable and curable. But if it goes untreated, the infection can spread to the joints, the heart and the nervous system, which explains some of Greene’s symptoms. Patients may suffer with severe headaches and neck aches, heart palpitations, facial palsy, and arthritis with severe joint pain.

A blood test for antibodies to the bacteria is the preferred test for the diagnosis of Lyme disease. However, if a person has central nervous system symptoms, such as meningitis, then IgM, IgG, and western blot testing may sometimes be performed on cerebrospinal fluid (CSF).

Symptoms may last up to six months or longer. These symptoms can interfere with a person’s normal activities and may cause emotional distress as a result. However, most people’s symptoms improve after six months to a year. It’s not known why some people develop post-treatment Lyme disease syndrome and others don’t.

If treated, Lyme disease does not last for years. However, for some people, the after-effects of the disease can linger for months and sometimes even years.

Most people know Lyme causes joint pain, and it does. But when it goes undiagnosed for too long, the bacteria can replicate and cross the blood-brain barrier, invading the central nervous system. Without proper diagnosis, neurological Lyme disease can lead to paralysis, schizophrenia and even death.

“It’s certainly possible for people to get Lyme disease and to clear the infection on their own, without treatment,” says Dr. Richard Kuritzkes, a gastroenterologist, in Burbank, California. “But it’s better to be treated, because some of the complications—like arthritis and myocarditis and damage to the central nervous system—can be very serious.”

Lyme disease is the most common disease spread by ticks in the Northern Hemisphere. It is estimated to affect 300,000 people a year in the United States. Infections are most common in the spring and early summer.

Lyme disease was diagnosed as a separate condition for the first time in 1975 in Old Lyme, Connecticut. It was originally mistaken for juvenile rheumatoid arthritis. The bacterium involved was first described in 1981 by Willy Burgdorfer. Chronic symptoms following treatment are well described and are known as “post-treatment Lyme disease syndrome” (PTLDS). PTLDS is different from chronic Lyme disease; a term no longer supported by the scientific community and used in different ways by different groups. Some healthcare providers claim that PTLDS is caused by persistent infection, but this is not believed to be true because no evidence of persistent infection can be found after standard treatment. A vaccine for Lyme disease was marketed in the United States between 1998 and 2002, but was withdrawn from the market due to poor sales. Research is ongoing to develop new vaccines.

The Kansas City Chiefs only Super Bowl win came in Super Bowl IV, in 1970, 50 years ago. Who did they beat?