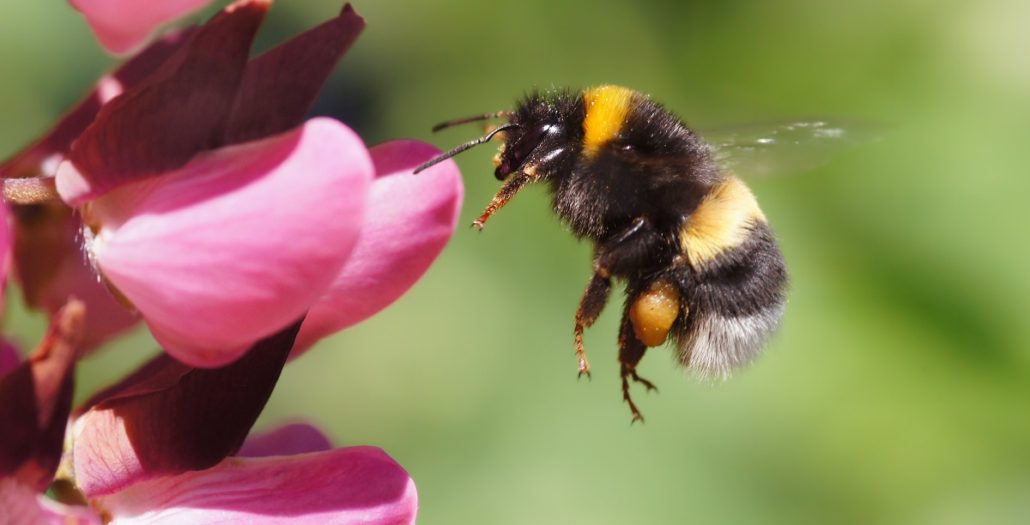 Recently I read an article about the state of bumble bees and honey bees. It seems a common class of pesticide, neonicotinoids, is causing problems for honey bees and bumble bees, by attacking their central nervous systems, causing a reduction in weight and the number of queens in bumble bee hives. It also causes them to become disoriented, and fail to return to their hives.

Neonicotinoids are a class of neuro-active insecticides chemically similar to nicotine. As of 2013 neonicotinoids have been used in the U.S. on about 95 percent of corn and canola crops, the majority of cotton, sorghum, and sugar beets and about half of all soybeans. They have been used on the vast majority of fruit and vegetables, including apples, cherries, peaches, oranges, berries, leafy greens, tomatoes, and potatoes, to cereal grains, rice, nuts, and wine grapes. Imidacloprid is possibly the most widely used insecticide, both within the neonicotinoids and in the worldwide market.

For more than a decade, pollinators of all types have been in decline, mostly because of loss of habitat, inadequate food sources, diseases caused by parasites and viruses, and bee management practices, along with perhaps some pesticides.

In a British study, researchers dosed bees with the pesticide and moved their hives out to a field. After six weeks, they found the pesticide-treated hives to be 10 percent lighter than those that weren’t treated; and more important, the hives that had pesticides lost about 85 percent of their queens.

Even though lower doses were used with bumble bees, it seems that bumble bees are more sensitive to the pesticide and that issue is worthy of more study. 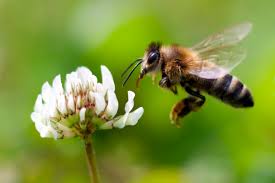 Honey bees, which aren’t native to America, are managed by professional beekeepers, carted from farm to orchard, and raised to produce honey. Bumble bees, native to this country, are wild pollinators.

Bumble bees are typically found in higher latitudes and high altitudes, through exception exist. They are also found in cold climates where other bees might not be found because bumble bees can regulate their body temperature.

Bumble bees are social insects that feed on nectar and gather pollen to feed their young. Bees are also needed to pollinate fruit, vegetables and nuts. Without them, experts say our diets would be very bland.

Bumble bees generally visit flowers exhibiting the bee pollination syndrome. They tend to visit the same patches of flowers every day, as long as they continue to find nectar and pollen. Pollen is removed from flowers deliberately or incidentally by bumblebees. Once a bumblebee has visited a flower, it leaves a scent mark on the flower. This scent mark deters visitation of the flowers by other bumblebees until the scent degrades.

Queen and worker bumblebees can sting. The bumble bee stinger has no barbs and is capable of multiple stings. They are not normally aggressive, but will sting in defense of their nest or if harmed. They will attack host colony members, but usually ignore other animals and humans unless disturbed.

Multiple species of bees are either seing a decline or disappearing entirely from the European landscape, along with some native to America, some of them may even be extinct.

According to 20th century folklore, the laws of aerodynamics prove that bumble bees should be incapable of flight, as it doesn’t have the capacity to achieve flight with the degree of wing loading necessary. In 1934, French entomologist Antoine Magnan included the following passage in the introduction to his book, Le Vols des Insectes: “First prompted by what is done in aviation, I applied the laws of air resistance to insects, and I arrived … at this conclusion that their flight is impossible.” Apparently, the bumblebee’s wing function is that the wings work similarly to helicopter blades. Bees beat their wings approximately 200 times a second. Their thorax muscles do not expand and contract on each nerve firing but rather vibrate like a plucked rubber band.

So, environmental activists and some beekeepers are convinced the pesticide is a problem. Entomologists have said without bees, “we’d be a scurvy-ridden society.”

Chris Sale is scheduled to be the opening day pitcher for the Boston Red Sox in 2018. Who was the last Red Sox lefthanded pitcher to start two consecutive opening days?