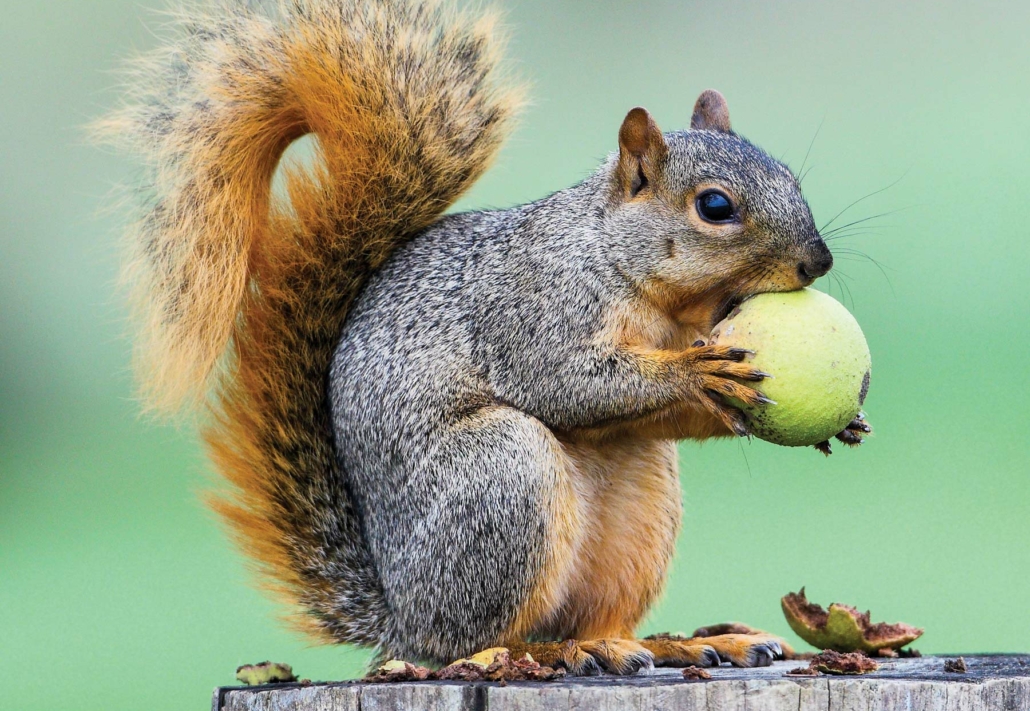 Over the last several months, I have received many inquiries about what appears to be a shortage of gray squirrels in central Maine. Time and time again I have received emails asking what has happened.

Some reported not seeing any squirrels following a year – 2018 – when there was an over abundance. However, this year, you couldn’t prove it by me, based on literally being overrun by squirrels at our home in Waterville.

Let me try to explain.

In the fall of 2018, millions of squirrels met their demise on New England roadways. One year later, we look back at the why and the how.

In 2018, it was practically all we were hearing about in northern New England.

It was the Great Squirrel Apocalypse of 2018 — and, pardon the pun, it was nuts.

My personal experience that year was pretty much the same as elsewhere in Maine. It was the fall of 2018, September to be exact, and my wife and I drove from our camp in Vassalboro to the YMCA State Camp, in Winthrop, for the rehearsal of our granddaughter’s wedding. On the way, we counted 45 dead squirrels. Why so many road killed squirrels laying on the side or middle of the road?

Although a specific alignment of natural events led to this carnage, if you take a step back you’ll see it’s only part of a much larger story of boom and bust that continues to play out today.

What led to the great squirrel apocalypse?

Lots of different trees in the forest produce food (known as mast) for squirrels. Hard mast — such as acorns, hickory nuts, beechnuts, and walnuts — is the most important because it can keep for a long time. Squirrels and chipmunks are incredibly efficient at “squirreling away” caches of nuts in times of abundance to prepare for more meager seasons ahead.

The populations of these animals closely follow the abundance of hard mast. If trees produced roughly the same amount of nuts every year, the population of squirrels and chipmunks would rise to a level that could consume just about all of it, meaning there would be little left to actually produce new trees.

Every few years, all trees in a given species will produce an excess of flowers and pollen, and, if the conditions are right, they go on to produce an overwhelming amount of seeds and nuts — so many that the animals can’t even come close to eating all of it, and the mast can go on to germinate.

Acorns, beechnuts, and maple helicopters were all scarce in 2018. In 2016 and 2017, many species of trees in New England had rare back-to-back mast years. Because of that, squirrels and many other forest animals successfully raised multiple, large litters of offspring. Populations skyrocketed.

All those hungry squirrels began ranging farther and farther in search of food. And if food was scarce on one side of the road, foraging on the other side is the obvious next step.

But when faced with an oncoming vehicle, squirrels tend to be terribly indecisive. Some may make it most of the way across before panicking and retreating, and while many are lucky enough to survive a car passing over them, many more do not.

I’m curious to know how many accidents were caused last year by well-intentioned drivers trying to dodge squirrels.

The failure of nearly every tree to produce mast in 2018 continues to have an impact. Hard mast feeds smaller animals, like squirrels and chipmunks, which in turn feed larger animals. Many of the latter populations were affected, although not all these animals saw their numbers decline.

The roadsides covered in carcasses were a feast for scavengers, which meant the great squirrel apocalypse was a boon to crows, ravens and turkey vultures. The abundance of ravens in particular seems most notable to me, as they’ve audibly changed my local landscape. We witnessed a marked increase in the number of crows at camp this past summer, accompanied by the ever-annoying call of the bird.

Birds of prey are another story, however. The high squirrel and chipmunk populations of the past few years led to a rise in their numbers. Barred owls – which, again, we saw and heard in greater numbers this past year – were everywhere this spring.

Larger animals with more diverse diets typically see longer lags before any changes in their population. The adults usually don’t starve when one key species declines, but the success in breeding and raising their young declines, which can slowly bring down the population.

Which brings us to today, and some good news.

All the major tree species in the New England forests had mast years in 2019. Maple helicopters were so heavy this past spring that the trees looked red instead of green well into spring. Acorns were falling heavily this past fall, and beech are ripening in their spiked husks.

The cycle continues, and nature will find balance.

Boom-and-bust population cycles are common in the natural world, and the crash of one species will often have ripple effects throughout the ecosystem.