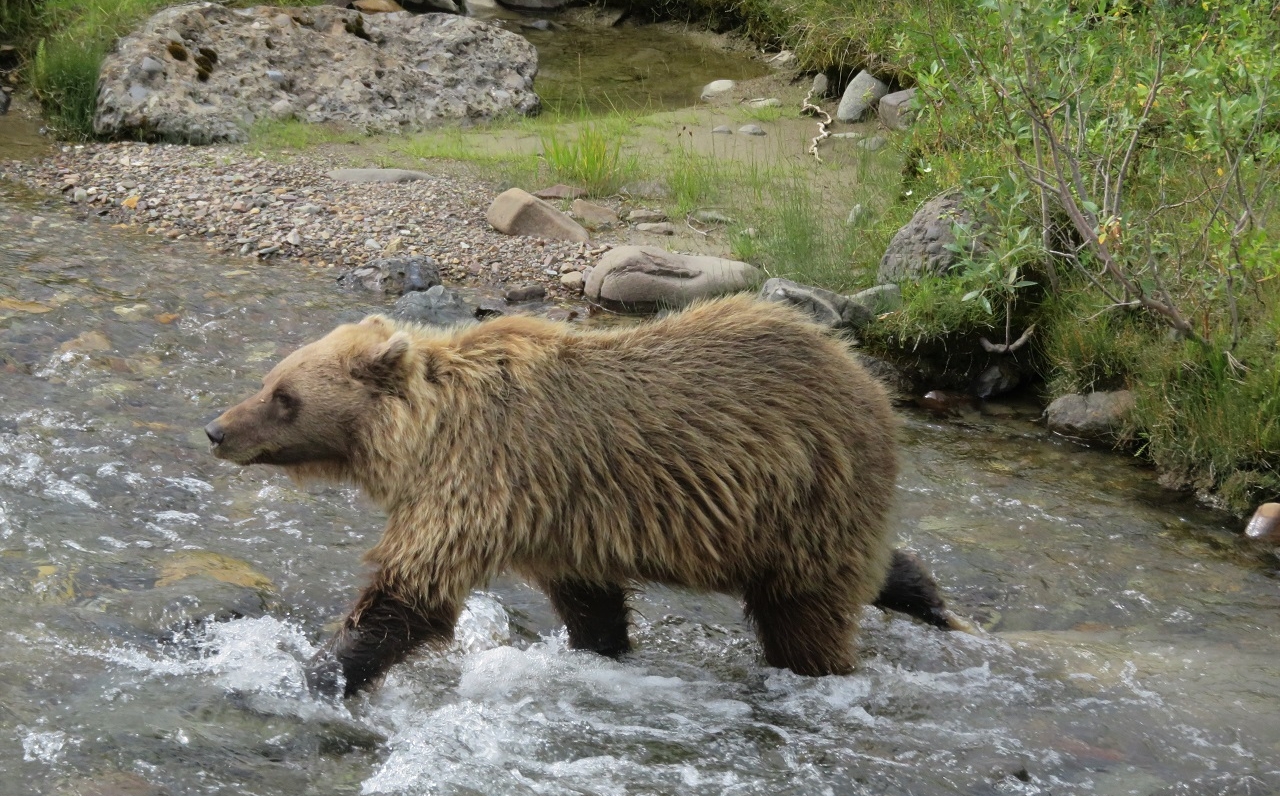 up close with an Alaskan grizzly bear 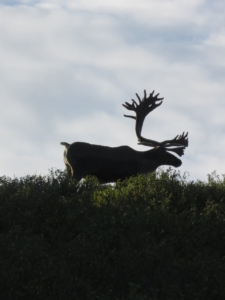 As fellow travelers, Pat and Clair Clark, of Palermo, certainly enjoyed the Alaska trip along with Ron Brown and Jim Proctor, in Marilyn Rogers’ recent article (Solon and Beyond, August 30, 2018 issue of The Town Line) from Skowhegan. In addition to things Ron described, they were fortunate to see visit Native Alaskan historical sites, the AlCan highway, the Alyeska pipeline, a gold dredge, the Iditarod museum and several racing huskies.

Denali Park was good to them with many wildlife sightings and Denali the mountain appeared briefly but enough for a picture. It is apparently visible only 25-30 percent of the time.

(all photos by Pat Clark) 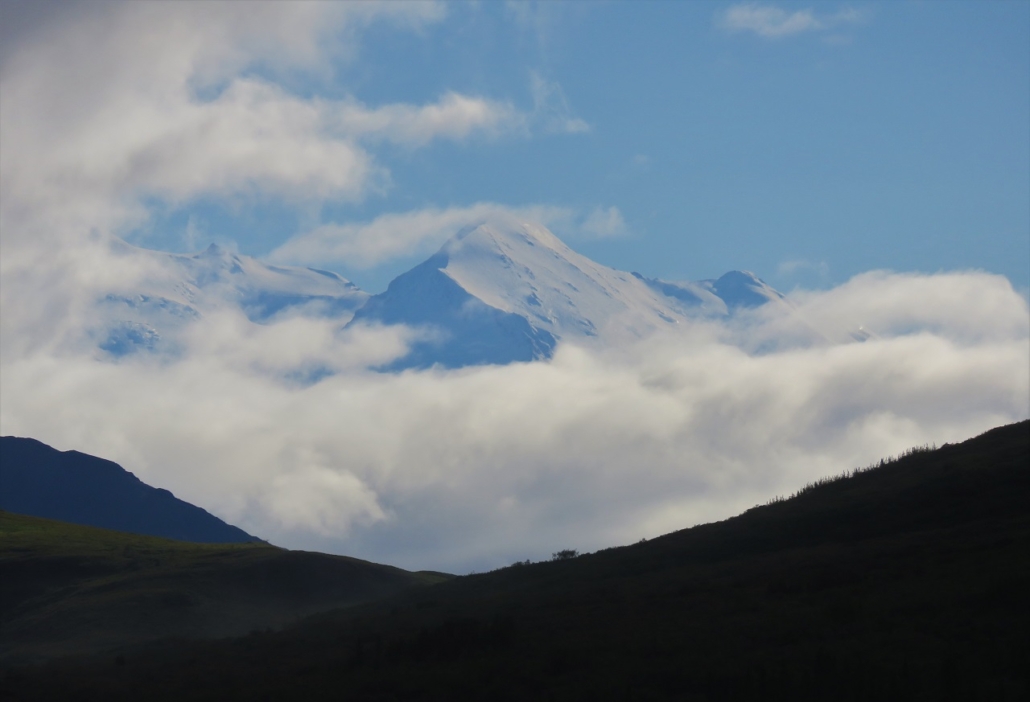 the peak of Mt. Denali, which is usually covered with clouds 75 percent of the time and not visible 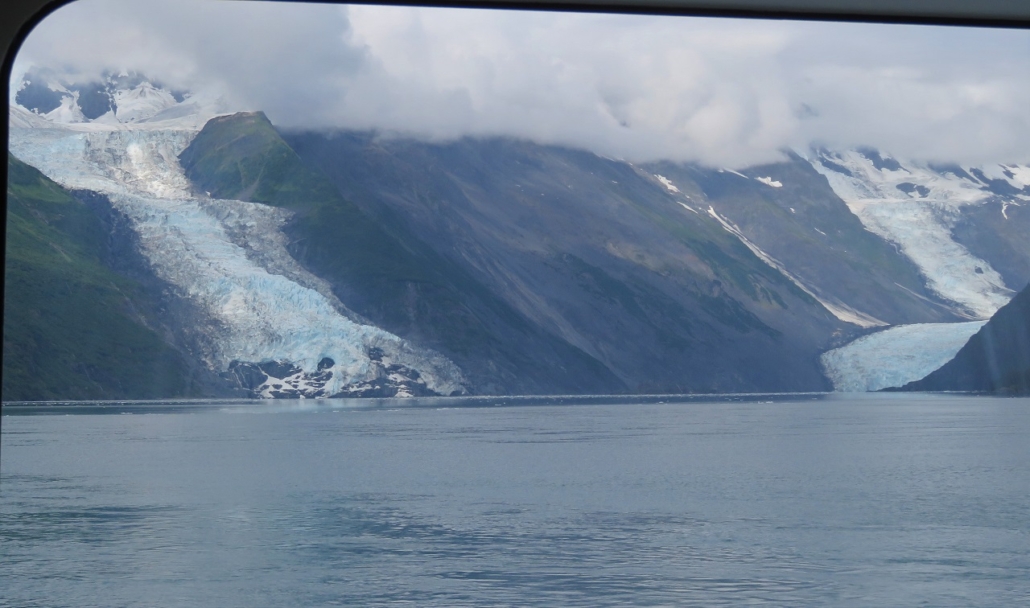