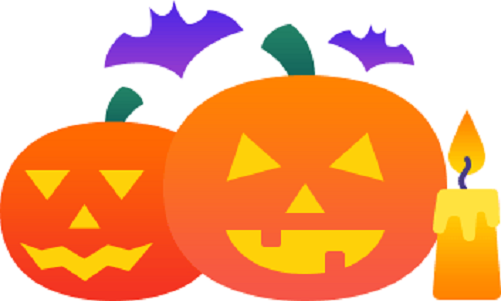 Halloween will occur on October 31, 2021. This holiday occurs the day before the Christian holy days of All Hallows’ Day. In some countries this is known as All Saints Day or Hallowmas which occur on November 1 and 2, respectively.

In Germany, when I was assigned there, it was also re­ferred to as Totensonntag or Blue Christmas, Thursday of the Dead. Costume parties, jack-o-lanterns and huge festive bon fires were part of the fanfare. The why of that is unclear but it just seemed to be part of the evolution of the holiday. Trick or treat just seemed to jump in there as well.

By today’s standards, I don’t believe we would consider this a religious holiday. The advent of costumes seems to me to be a competition between good and evil, for the most part, in a fun, peaceful way. However, many of we ancients can remember 1950-70 in which if you didn’t give a treat then you stood a good chance of having your house, car and other personal property pulverized with eggs or bad things being written on your walls with crayons, magic markers and even paint, by the real evil ones. Some of us with hopes of avoiding this would keep a light on, maintain a smile and give treats to the little monsters and some not so little.

The police were always on high-alert during this time. I should add it wasn’t all bad as some of the children were adorable and sweet. Some of us even loved the event so as to enjoy the children and to say hello to their parents. For the most part the event was territorial. Some of the older unaccompanied children figured out that the more affluent sections of the town gave the best treats, some even money. So, they being mobile and unattended would head for these locations to cash in on the better goodies. Those that would cause the damage were usually of the older groups with no adult supervision.

All Hallow tide, the time in the liturgical year (relating to liturgy or public worship) in which the dead are acknowledged, especially saints, martyrs and other revered individuals. This is strongly a religious attempt of defining this holiday. Obviously, Jesus and testimony for him were death sentences which consisted of swains, burning at the stake, crucifixion as well as various forms of torture. The first Christian martyr was Saint Stephen who was taken out of the city of Jerusalem and stoned to death. Final words echoed those of Jesus, a prayer of forgiveness for his attackers. (Acts of Apostles 7:60) Jesus (Luke 23:24) Stephen is the patron saint of deacons and stone masons both Christian and Secular.

So as you can see, Halloween is not just a day of door knocking and treats giving, but also has religious overtones far more significant than the Halloween we celebrate. We have allowed it to evolve into something totally different from what it was intended. There is so much more to this holiday than what I have given you here.

In any case we are still under the influence of this terrible Covid epidemic and that leaves us with many questions to resolve before we knock on doors and accept food stuff from strangers. Some folks known to each other will have small gatherings at their homes where there is some semblance of safely. In my opinion, all should not be lost during these hard times regarding our children.

This is a time when memories are created and shared throughout the years to come. It’s up to us to make them good and safe. God bless and enjoy your holiday. Also, remember there are more than just treats; we have family, friends and the one who makes all things possible. I’m not sure exactly what he thinks of this holiday but he reads the heart. So I am pretty sure he knows we mean no harm or disrespect.