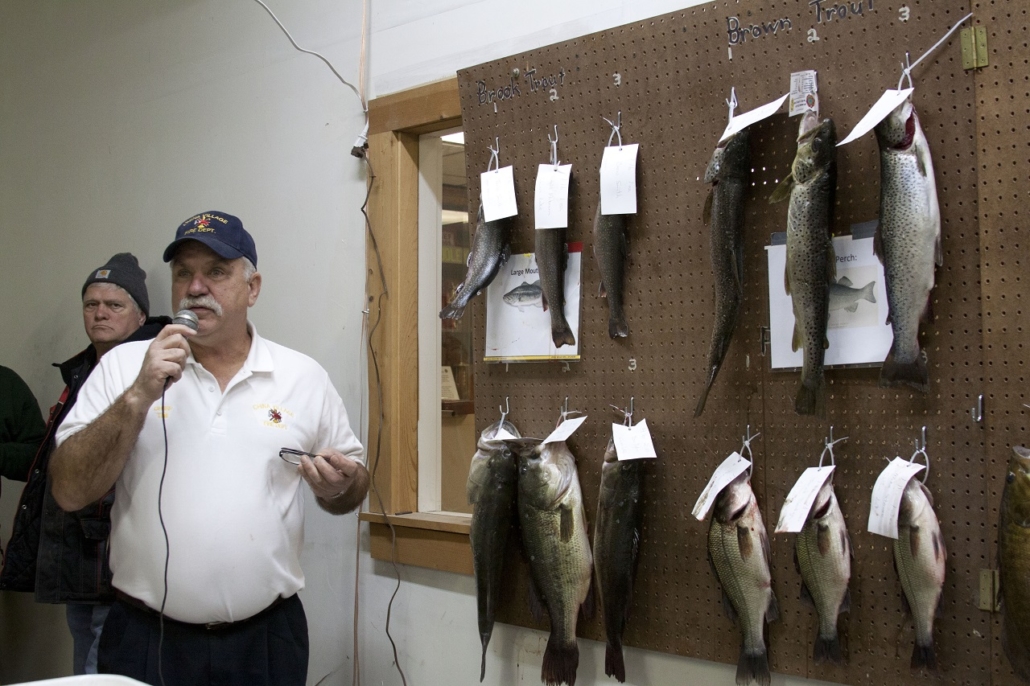 Over 80 people filled the fire department for the final look at the day’s winning catches, which included brown trout, brook trout, togue, large and smallmouth bass, and white perch. China Village Fire Chief Theriault did the official weighing in of the entries. Most of the day’s fish were caught in China Lake. The biggest catch of the day was a largemouth bass weighing over 5 pounds. 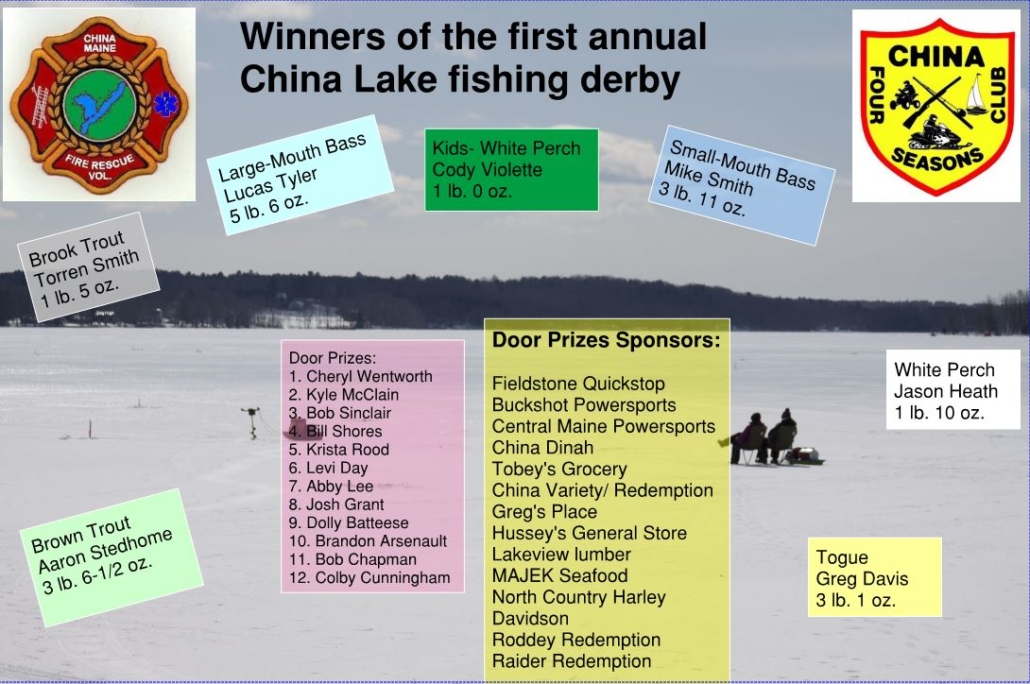 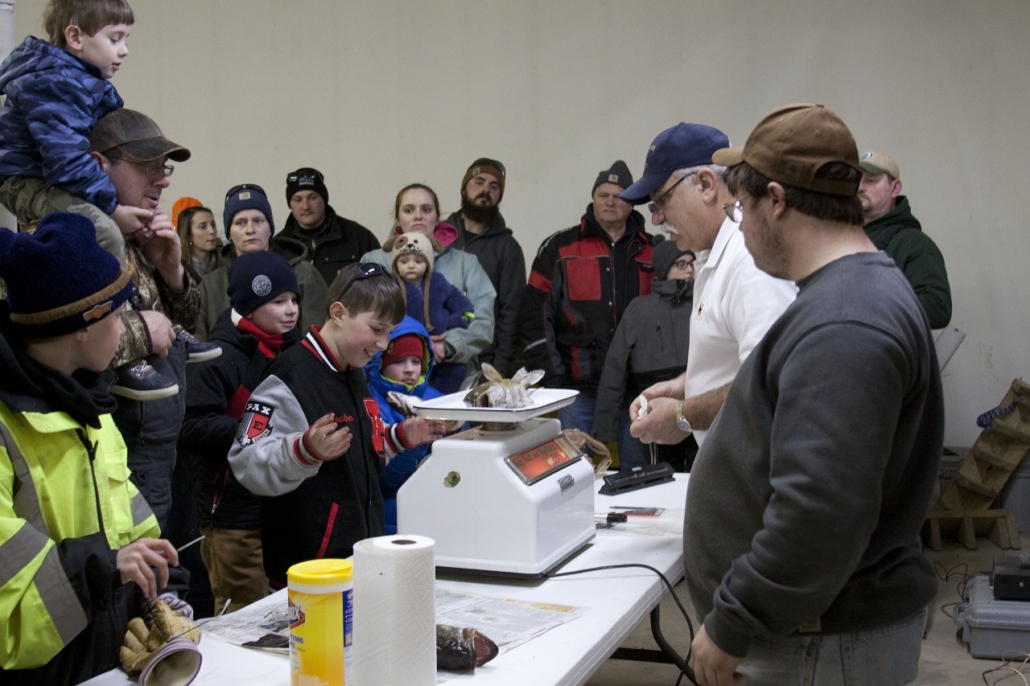 A young participant anxiously awaits the results of his catch. (photo by Sandra Isaac) 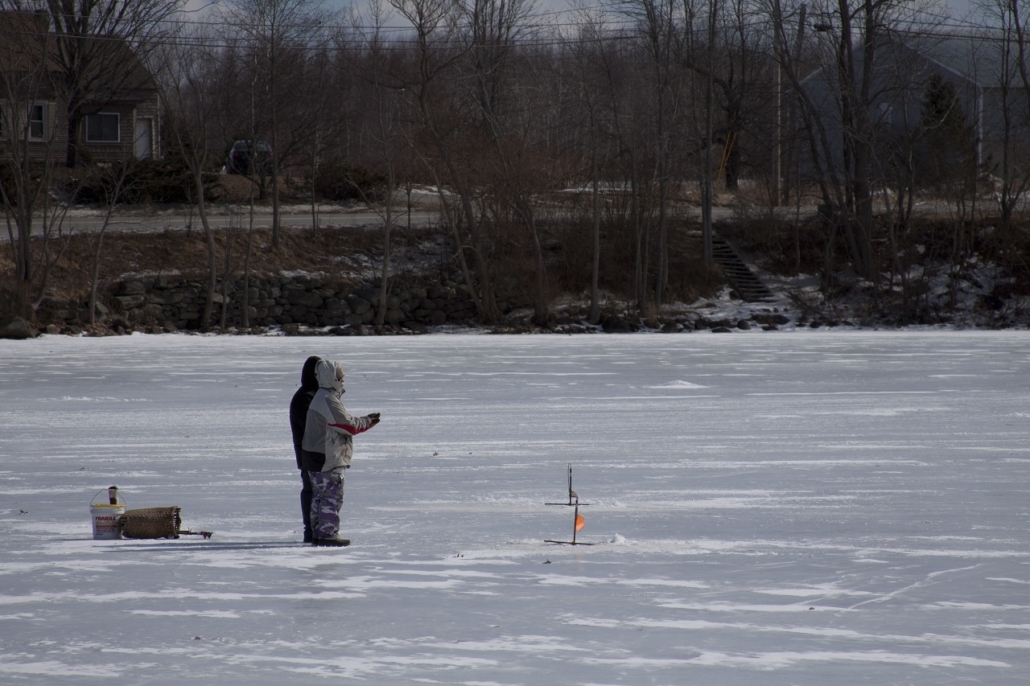 A couple of anglers patiently wait for the flag to indicate a catch. (photos by Sandra Isaac)