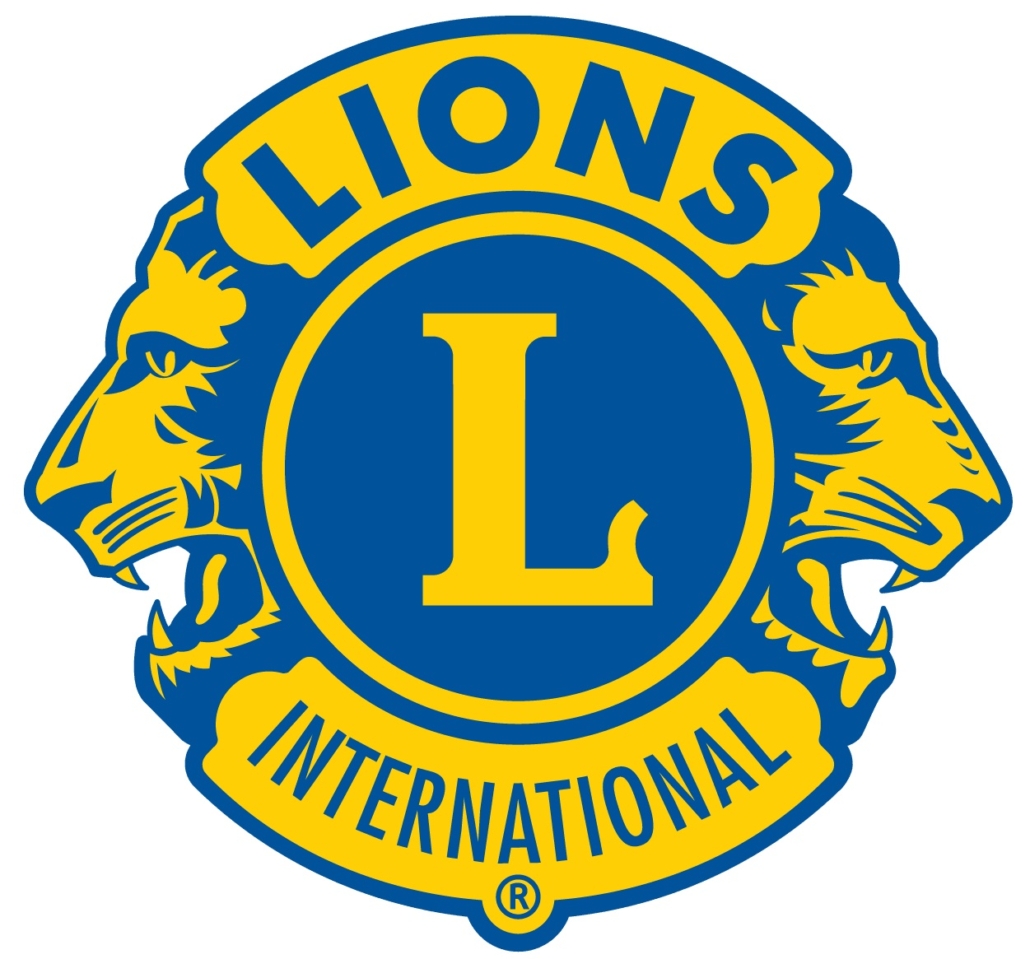 Lions Club members from around the state came together on Sunday, June 12, at the Buker Community Center, in Augusta, to celebrate their clubs and members’ achievements.

Lions Clubs International (LCI) was formed in 1917 by Melvin Jones, a businessman who believed that by developing clubs with caring people they could serve the needs of their communities. LCIF has expanded to over 200 countries and territories and 1.4 M members serving their communities and world needs.

LCI formed a 501C3 Foundation (LCIF) in 1968 and has awarded over $1.1 billion in grants to Disaster Relief, Vision, Diabetes, Hunger, Childhood Cancer, Youth, Humanitarian Causes, and the Environment.

International Director John Youney and Past International Director (PID) Rod Wright recognized the new Melvin Jones Fellows (MJF). When a Lions Club or member donates $1,000 to LCIF for Disaster Relief or Empowering Services. 1,000 credits are issued for each $1,000 donated and may be used to recognize an individual with a MJF plaque. This recognition is the highest recognition LCIF gives out. This year 31 new MJF have or will be recognized.

The above recognitions could have impacted the lives of more than 12,700 people in need.

Sheepscot Lake Association will be hosting its Annual General Membership meeting on Thursday, July 21, at 7 p.m., at the Palermo Consolidated School, on Rte 3. Please attend that evening to renew your membership, meet your neighbors, and discuss the programs that help keep the lake healthy. The Courtesy Boast Inspection Program, LakeSmart, Water Quality Testing, and the annual loon count are all important programs that need membership involvement to continue functioning. If you are not able to attend the meeting and would like to renew your membership, join SLA, or get involved in one of these programs, please email at sheepscotlakeassoc@gmail.com, or visit the website www.sheepscotlakeassocation.org. 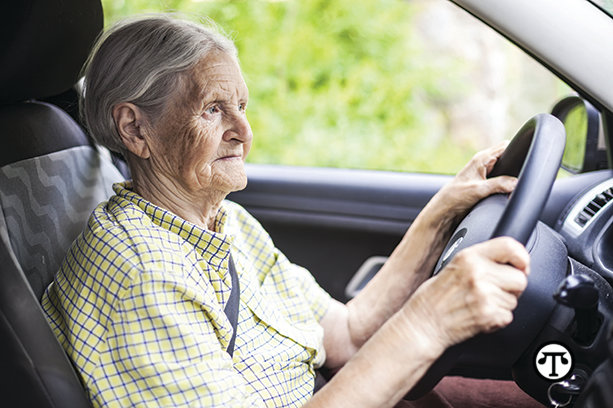 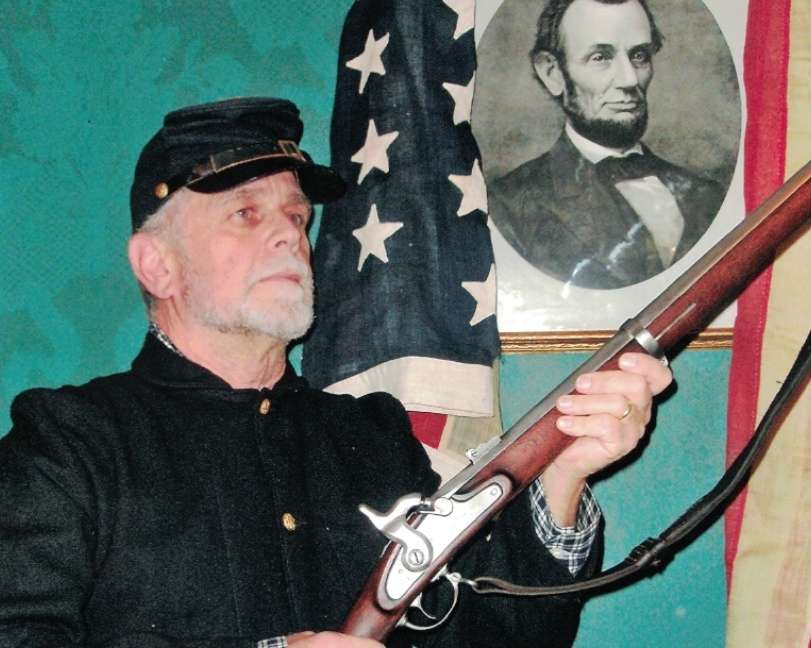 Learn about Palermo Soldiers’ role in the Battle of Gettysburg at the Palermo Community Library’s Annual Meeting.

The Palermo Community Library will celebrate its 20th anniversary at the annual meeting on Sunday, July 10, 2022, at 2 p.m. The Palermo Historical Society joins the library in co-hosting our featured speaker, Captain Sulin, a member of Maine 20th Volunteer Infantry Company B reenactors. Captain Sulin will tell us about soldiers from Palermo and their role in the Battle of Gettysburg. He will also bring lots of artifacts and personal items from the Civil War.

Although the meeting starts at 2 p.m., Captain Sulin encourages the public to come as early as 1 p.m. to look at his large display and ask any questions you may have. Captain Sulin’s talk will serve as a nice lead-in to the Maine 20th reenactor’s Palermo Days encampment next to the Worthing House August 12, 13, and 14.

This is a public meeting and all are invited. Light refreshments will be served. The library is located at 2789 Route 3. For more information call 993-6088 or email palermomelibrary@gmail.com or visit www.palermo.lib.me.us. 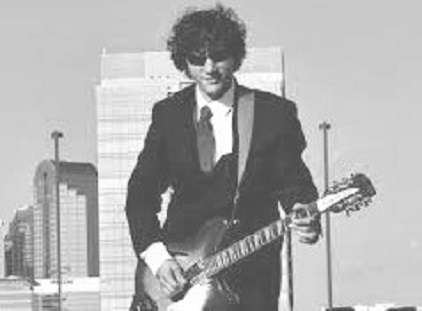 Bryan Bielanski, singer-songwriter, based in Charlotte, North Carolina, is touring the United States in 2022 to promote his new music release and will perform on Tuesday, July 19, 2022, in Warren, at Saint George River Cafe.

Imagine Nirvana and the Beatles had a kid together who became an acoustic rock singer-songwriter: that’s Bryan Bielanski! Although he is inspired by some of the rock greats like Tom Petty and REM, he has a distinct musical style and lyrics that make you think deep thoughts and feel like you’re really alive! This critically acclaimed globetrotting singer-songwriter has been touring the US and the world for the last 10 years.

“On his website, Bielanski describes his music as : ‘If The Beatles and Nirvana had a kid together.’ That’s a pretty bold statement, but by the end of the 73-plus minutes (Bryan’s Super Happy Fun Time I run time), the listener has been given ample proof that the description is actually very accurate.” – Johnny Vinyl (Go! Eastern Oregon Magazine, La Grande, Oregon)

“Bryan has so much passion in his music. The songs sound really great” Scott Litt – Producer (REM, Nirvana) 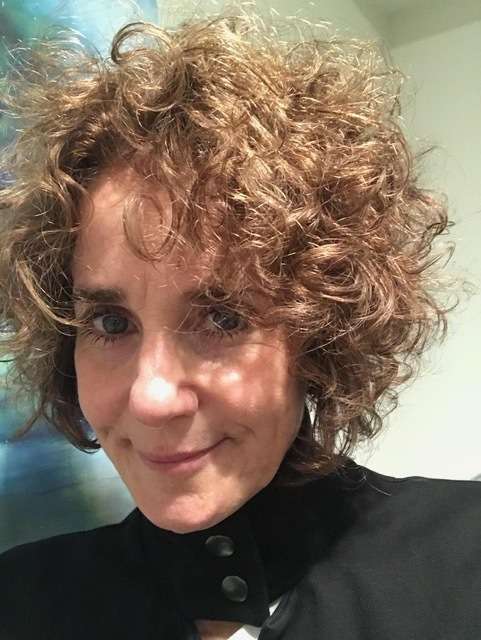 The Maine International Film Festival (MIFF) will present its annual Mid-Life Achievement Award to actor Debra Winger at a special ceremony held at the Waterville Opera House, on Friday, July 15, following a special 35mm screening of A Dangerous Woman, for which she received a Golden Globe nomination. Best known as an Academy Award nominee for her work in An Officer and a Gentleman, Terms of Endearment, and Shadowlands, Winger has had a stellar acting career, working in a wide variety of genres with directors including Bernardo Bertolucci, Jonathan Demme, James L. Brooks, Bob Rafelson, and James Bridges.

“We’re tremendously excited to have Debra join us at the festival this year, and to have the chance to showcase the wide diversity of films that she’s given great performances in,” said MIFF programming director Ken Eisen.

Winger played Diana Prince’s younger sister in the television series Wonder Woman before appearing opposite John Travolta in her first major film, Urban Cowboy, for which she earned BAFTA and Golden Globe nominations. Winger continued to rise to stardom throughout the 1980s and early 1990s, winning a National Society of Film Critics Award for Best Actress for Terms of Endearment and a second BAFTA nomination for Shadowlands. Other accolades followed, including National Society of Film Critics Award nominations for Everybody Wins and The Sheltering Sky and a Golden Globe nomination for A Dangerous Woman, co-starring 2016 MIFF Mid-Life Achievement Award honoree Gabriel Byrne. After an acting hiatus in the late 1990s, Winger returned to acting, giving acclaimed performances in Dawn Anna, Rachel Getting Married, Law & Order, and The Ranch.

The Mid-Life Achievement Award presentation will be followed by a party in Winger’s honor at Front & Main, 9 Main Street, Waterville. Admission to the party will be limited to ticket purchasers of the screening and festival pass holders. Winger will be in Waterville for several days of the Festival for screenings of Mike’s Murder, The Lovers, and The Sheltering Sky.

“As we celebrate an incredible MIFF milestone this year – our 25th anniversary – we could not have asked for a more influential and adored special guest than Debra, whose groundbreaking career has made such an impact on American cinema,” said Maine Film Center Executive Director Mike Perreault.

Festival passes are now on sale at MIFF.org. The complete MIFF program was announced on June 10, when tickets were made available for purchase online. 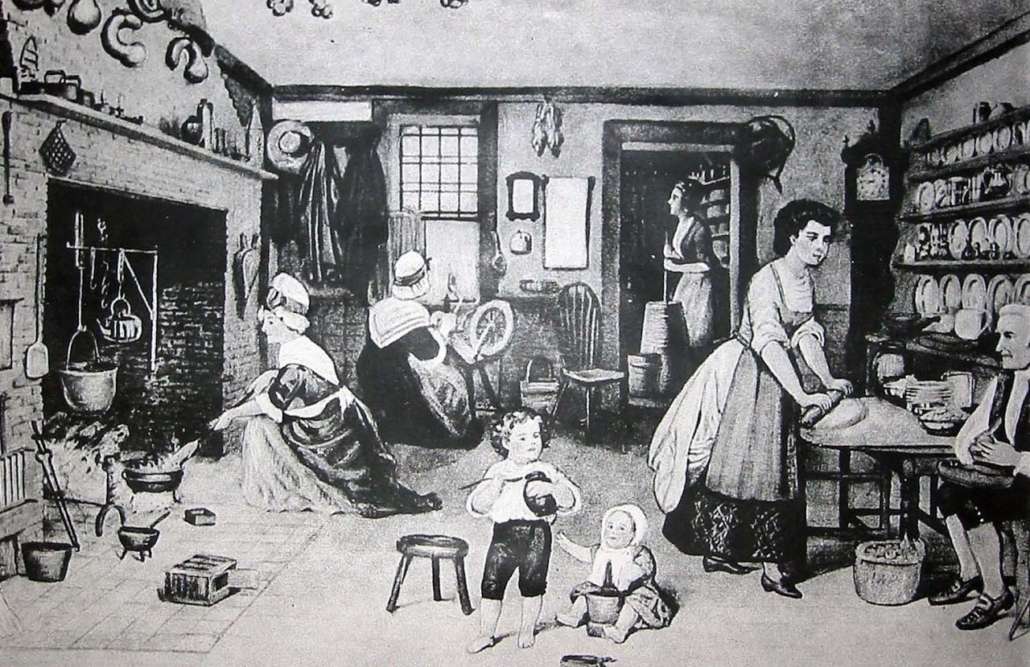 The Mayor’s Committee for Martha Ballard, a city group planning a memorial celebrating the famed early American midwife and diarist, is organizing a June 15 presentation of the 1997 documentary film A Midwife’s Tale. The 89-minute movie, which first appeared on PBS in 1998 as part of the American Experience film series, is based on Laurel Thatcher Ulrich’s Pulitzer Prize-winning book, A Midwife’s Tale: The Life of Martha Ballard, Based on Her Diary, 1785-1812.

Ballard, a native of Oxford, Massachusetts, moved with her family to the Augusta area at the start of the American Revolution. Her 37-year diary records not only many of the births, illnesses, deaths, and illnesses in which she was involved as a caregiver, but also blunt, insightful observations about the customs, conflicts, and living conditions of her time.

To honor Ballard’s achievements, The Mayor’s Committee for Martha Ballard is planning the design and construction of a permanent monument to her. The film presentation is part of an effort to raise money for and community awareness of that project. The event is scheduled to begin at 5:30 p.m. with a social hour featuring hors d’oeuvres and a cash bar at Le Club Calumet, at 334 West River Road, in Augusta; followed by a 7 p.m. live interview with sisters Glee and Ruth Ballard, of Sidney, and their cousin, recently retired Army National Guard Brig. Gen. Diane Dunn, of Newburgh, all direct descendants of Martha Ballard; and a silent auction. The showing of the film will conclude the event.

Tickets for the film showing event cost $30 each and are available online at the mayor’s committee’s website, www.marthaballard.com, or by arrangement with Fleury, who can be called at (207) 242-0540. 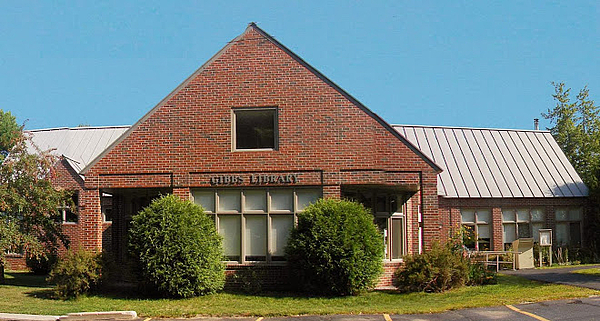 Gibbs Library in Washington, ME. (photo from: librarything.com)

WASHINGTON, ME — The Gibbs Library will present works of Ukrainian folk art by Lois Eastman, including a display of the process and materials used in creating psyankyi eggs. The exhibit will run through June

Lois Eastman’s interest in art began in childhood. She began making pysanky when she was five years old. Growing up in a household that included her grandparents, she was surrounded by family members engaged in a variety of art forms and Old World traditions. Although her childhood was spent in New Hampshire, she later moved to Newport, Rhode Island, where she established a photography studio. Lois later moved to Maine and enjoyed a 20-year career as a high school art teacher. She now resides in Rockland where she continues to create art.

“I was introduced to making Ukrainian Easter Eggs (pysanky) by my grandmother, who was from the ‘old country’, a small village in the Carpathian Mountains. She told stories about her life there and how she met my grandfather at a village dance in the valley between two mountains.

“Every year before Easter, my mother, aunts, various cousins and I would gather at my grandmother’s kitchen table to make pysanky. We were taught the “pin-drop-pull” technique, which meant to stick a common pin over a candle, dip the hot tip into a cake of beeswax, then drop the tip onto the egg and pull a teardrop shape. A series of teardrops created designs all over the surface of the egg. We could change the color of designs by dipping the eggs into colored dyes, lined up along the shelves in my grandmother’s pantry.

There was a large collection of eggs that had been made over the years. The Ukrainian belief is that as long as pysanky are made, good will overcome evil.

This exhibit can be seen at the Gibbs Library, 40 Old Union Road, Washington. For library hours check the website https://www.gibbslibrary.org/ or call: (207)845-2663. 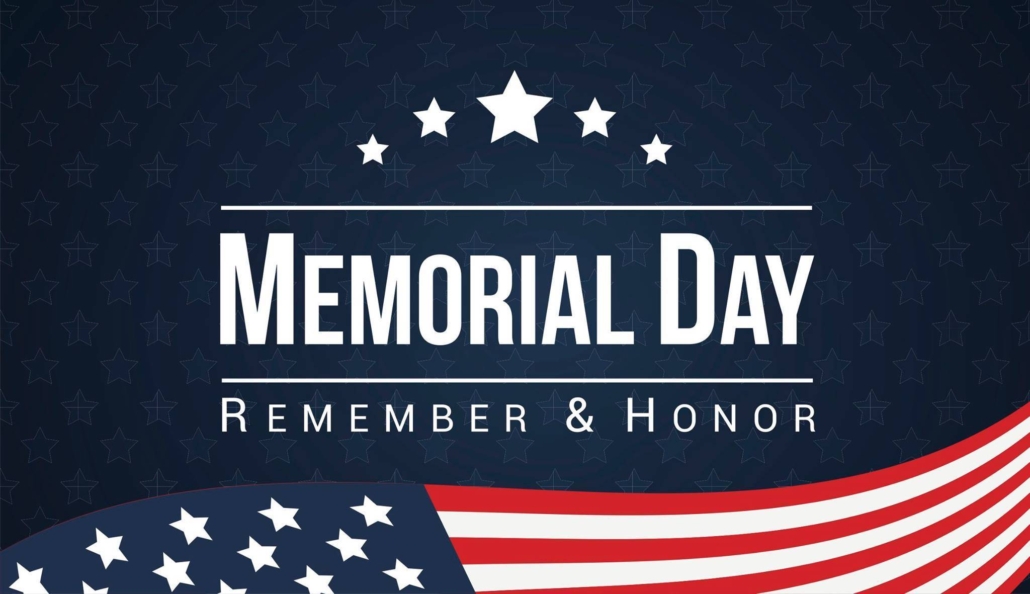 China Village Memorial Day ceremony will be held at 10 a.m. Meet at the Causeway Rd. FMI: Contact Mary Lockhart at 968-2717.

The Fairfield Memorial Day parade has been canceled due to the lack of participants and bands. The graveside tributes and luncheon will take place as scheduled, hosted by Fairfield VFW Post #6924, 246 Main St., Fairfield, 207-453-2565.

Please join the members of The Tardiff-Belanger American Legion Post #39 and American Legion Auxiliary Unit #39, Madison, in honoring Our Fallen Heroes on Memorial Day, May 30, at the Memorial Day Ceremonies with guest speaker Brad Farrin, State Senator. Starting at 9 a.m., at Starks Town Office, 9:30 a.m., at the Veterans Monument, at Anson Town Office, followed by scattering of flowers off the bridge; 10 a.m. at the Veterans Monument, at the Madison Library; 10:30 a.m., at the US/Canadian Monument, at Forest Hills Cemetery, on Park Street ,and at 11 a.m., at the Joseph Quirion Veteran Monument, in the center of East Madison.

Mid-Maine Chamber of Commerce’s 30th annual Taste of Waterville is planned for Wednesday, August 3, from noon to 11 a.m., at the Head of Falls, off Front St., in downtown Waterville.

This year’s format will feature cultural foods, vendor booths and demonstrations focused on the ethnic diversity of the area. Taste of Waterville will be an adult-focused day-long event with a variety of ethnic food options, entertainment, live music, beer/wine gardens and an expanded brew sampling. There will be a cornhole tournament this year to add to the excitement. Timelines for entertainment and activities are currently under development.

Applications are now being accepted for restaurant, bite booth, food truck and food-related vendor participants. Taste of Waterville encourages participation from both Mid-Maine Chamber members and non-members throughout the region. To reserve a spot for this year’s event, please contact Cindy@midmainechamber.com.

For more information as it is determined, visit www.tasteofwaterville.com.