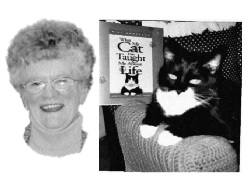 Plans were made to do the Solon High School reunion dinner on Saturday, July 16. Several members and parents are planning to help along with two leaders.

The members voted to take part in the parade at Skowhegan Fair on August 14 which is 4-H Day. Plans were made to have a small float as well as marchers walking as a club.

The 4-H educational exhibit was discussed with each member being asked to take part.

Exhibits for Bangor Fair will come in on Tuesday, July 26, and for Skowhegan Fair on Monday, August 8. The members will set up their educational exhibit on Tuesday, August 9.

A cookout with Rance cooking the hot dogs was enjoyed by all.

The Solon Historical Society will be holding its July meeting on Monday, July 25, with Albert Starbird doing the program on the Solon Lumber Company. The meetings are held on the fourth Monday of each month at 7 p.m. at the Gray Merrill House, 28 South Main Street, in Solon. Dues are $5 per person or family, payable at the annual meeting in September.

Summer suppers are continuing to be served at the Community United Church in North Anson from 5 to 6 p.m. on July 23 and July 30.

The North Anson Congregational Church is serving breakfasts through the month of July on SaturdaysJuly 16, 23 and 30 from 7 to 10 a.m.

Lief and I have been traveling up to the ‘County’ to celebrate one of the June birthdays in his family: his brother, Eric was honored on his 60th birthday with a party at Long Lake Resort. We spent a couple of nights up there visiting with his family and attending that party; it was a great time.

Lief also had a birthday on the June 29 and my son Marks’ birthday is June 28, so we met Mark and Karen at Governor’s Restaurant, in Waterville, and celebrated their birthdays.

It will sound like all we do is eat, but Lief’s sister, Judy Ellis and her husband Elwood took us to the Lobster Trap, in Winslow,  for a lobster dinner for his birthday; um um, good! And they asked us to their home for a barbeque on July 4, thanks so much.

We were invited over to North Anson for supper on the actual day of his birthday and had another birthday party with Mary, Dave, Amanda and Alexander with a delicious supper and birthday cake and presents.

It had been raining when we were at Mary and Dave’s that night and as we traveled home the most beautiful rainbow that I have ever seen appeared! It was a perfect arc all around, and huge with another fainter rain-bow above it, with the beautiful colors reversed. Hope a lot of other people saw the rainbow that night, to me it was God’s handy work on display!

Now for Percy’s memoir: “Things work out best for people who make the best of the way things work out. (words by John Wooden.) 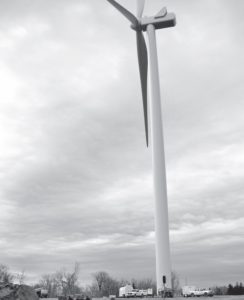 The East Madison Historical Association  will be having a yard sale on Saturday, July 2, from 9 a.m. to 3 p.m.

Happyknits, LLC, will be celebrating its second birthday on Friday, July 1, and continuing the celebration on Saturday, July 2, from 9 a.m. – 3 p.m.

This year’s reunion day of Solon Alumni is on July 16 at the Solon Elementary School. 9:30 a.m., starts registration and coffee hour with the business hour starting at 10:30 a.m. The auction will follow the business hour. Please remember your auction item. Last year we made $628 on the auction. Then Murry Bubar sent a check to match the auction funds so we ended up with $1,256. Thank you Murry. Dianne Oliver Poulin was the auctioneer.

The class of 1966 will celebrate its 50th reunion. Members are Linda Baiko Lomastro, Terry Cahill, Glenda Foss Atmandi, Alden Mayhew, Richard Poulin, Mark Rogers, Ellery Witham and Gary Withers. So class of 1966, we would like to see you here.

In my continuing efforts of getting what I want to save out of my house on Ferry Street, I keep coming across old Dirigo year books. I have quite a few, and will take them to the reunion for anyone who might want one. The oldest is 1954 and had only two graduates, Patricia McCarty and Joseph V. Dore. In this year book there was a column written by Malon P. Whipple, 1903 entitled “A Look at the Future.” Very heartwarming and inspiring. On that same page is this, 1904-1954 written by Ivan M. Dyer, “On this, the 50th anniversary of the Solon High School graduating class of 1904, may I, the only surviving member of that class, have the honor of congratulating the class of 1954 in having reached one of the most important milestones in the making of American citizens. May you go on to greater accomplishments and may each and every one of you always be proud to say, ” I am an American.”

Was given the choice of writing two columns this week or taking a vacation next week, decided I should listen to those who care about me, and say, “You should slow down!” My column won’t be in the July 7 paper.

And, my heartfelt love goes out to all of you who say you love this column, it reminds me that my goal to bring love and sometimes humor, to all that read it each week, is working!

Percy’s memoir: “You have to color outside the lines once in a while if you want to make your life a masterpiece. (words by Albert Enstein.)