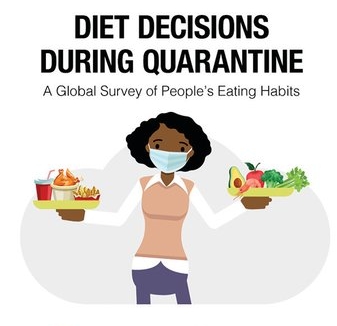 (NAPSI)—Dreadful as the pandemic has been, for some people it has meant a positive health change. Three in 10 Americans made a major change to their diet during this time, according to new research.

As with most changes, the big question always lingers—will the changes last?

The study suggests they may well. Seven in 10 of those respondents said their new diet has lasted longer because they did it during the ongoing pan¬demic, versus if they made the change at another time.

What the Study Showed

Conducted by OnePoll on behalf of Herbalife Nutrition, the survey looked at specific changes respondents made. Of Americans surveyed, 47% started eating more plant-based foods, while 54% started eating more fruits and vegetables—and 43% made an effort to eat less meat.

Results also found that a third of American respondents cut out or ate less sugar, and 39% cut down on the number of treats they ate.

Why the Choice to Change Now?

For many respondents, it was because they had extra time on their hands. In fact, fifty-three percent said they had more time to research healthier foods, while 51% said they had time to cook more and learn new recipes.

In addition, 40% said they were away from such negative influences as office snacks, while 37% wanted to use this time to make a positive change.

A third made the change to accommodate their loved ones. For nearly one in four the cost of meat was the cause, and for another quarter, it was on the advice of a healthcare professional.

“There is never a bad time to make a positive change in your lifestyle, especially when those changes lead to lasting, healthy results,” said Dr. Kent Bradley, Chief Health and Nutrition Officer, Herbalife Nutrition. “During this pan¬demic it appears more individuals are choosing quality nutrient-dense sources like those found in a plant-based diet.”

When asked about their current diets, 75% said they eat meat while 18% identified as “flexitarians,” and the rest were vegan or vegetarian.

Bradley added, “I commend all those who are empowering themselves in the midst of this pandemic and have found a way to create new healthy habits.”