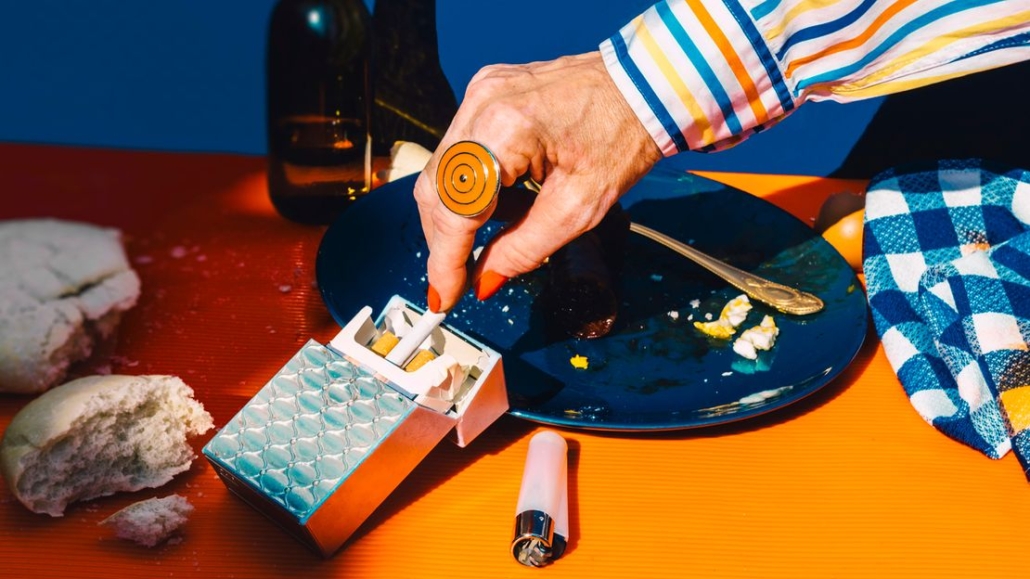 If you’re a senior who smokes but is otherwise healthy, scientists warn that your cigarettes are just as bad for brain health as having type 2 diabetes and hypertension.

If you’re a senior who smokes but is otherwise healthy, scientists warn that your cigarettes are just as bad for brain health as having type 2 diabetes and hypertension.
The detrimental effects of smoking on overall health are well-documented, but new research suggests that seniors who light up well into their sixties may be tampering with their brain health and cognition.

Research has already suggested that high blood pressure and type 2 diabetes are known risk factors for cognitive decline. A study published in December 2020 in the journal Cureus, for example, found that treating hypertension might decrease risk of dementia, while research published in January 2017 in Diabetologia warned that type 2 diabetes not just increases risk of dementia but causes its onset at a younger age. Past studies have even estimated that type 2 diabetes increases risk of dementia by 50 percent.
“The question we had is whether smoking compounded these other risk factors or are people who smoke at an elevated risk regardless of other health concerns,” says study senior author Neal Parikh, MD, a vascular neurologist and assistant professor at Weill Cornell Medicine in New York City.

For his study, Dr. Parikh looked at the health data of 3,244 people from 2011 to 2014 who took part in the U.S. National Health and Nutrition Examination Survey (NHANES), a large-scale, ongoing national health database managed by the Centers for Disease Control and Prevention (CDC) since the early 1960s.

The average age of study participants was 69; 77 percent of the group had hypertension while 24 percent had type 2 diabetes, confirmed via medication usage, self-reported health, blood pressure readings, and blood tests. Twenty-three percent of participants were smokers; this was identified by cotinine levels, a byproduct of nicotine that remains in the blood, measured in blood tests.

Turns out, participants with higher cotinine levels scored “significantly worse” on the testing compared with nonsmokers. The higher their cotinine levels were, the lower they scored too. And overall, smokers’ poor performance was comparable to their counterparts who had type 2 diabetes or hypertension.

“The association between smoking and cognitive impairment doesn’t depend on having other risk factors. You’re still at the same risk,” Parikh says.

If participants had either condition, and were smokers, they didn’t score any worse with two or more of these risk factors.

The results surprised Parikh, who thought smoking would exacerbate cognitive decline in people already grappling with chronic disease. Instead, he says the findings suggest that smoking is a standalone marker for cognitive decline.

He says seniors who smoke but are otherwise healthy should think twice before lighting up, for the sake of their brain health — and their autonomy.

Parikh notes an important caveat to his research: The participants were all living in the community, either on their own or with their families. The outcomes may be different if he included seniors living in nursing homes or long-term care facilities.

A knowledge summary from the World Health Organization (WHO) (PDF) estimated that 14 percent of all dementia cases can be attributed to smoking.

A review of 37 studies published in March 2015 in PLoS One found that smokers were at a 30 to 40 percent increased risk of dementia. And the more smokers lit up, the greater their risk. Previous research also suggests that people who are 75 and older who identify as current smokers perform more poorly on cognitive tests and appear to encounter memory loss faster than their peers who don’t smoke. Quitting as soon as possible can decrease dementia risk too, according to a paper published in February 2020 in the Journal of the American Geriatrics Society.

“The single best thing a smoker can do for their overall health is to stop smoking. Unfortunately, many people do not understand that there is a relationship between smoking and dementia,” he says.

“Because the subtle early symptoms of cognitive decline can take a long time to develop, it is important to identify risk factors in middle-aged people that might predispose a person to develop dementia. Smoking is clearly one. Smokers should begin to think about stopping smoking as soon as possible.”