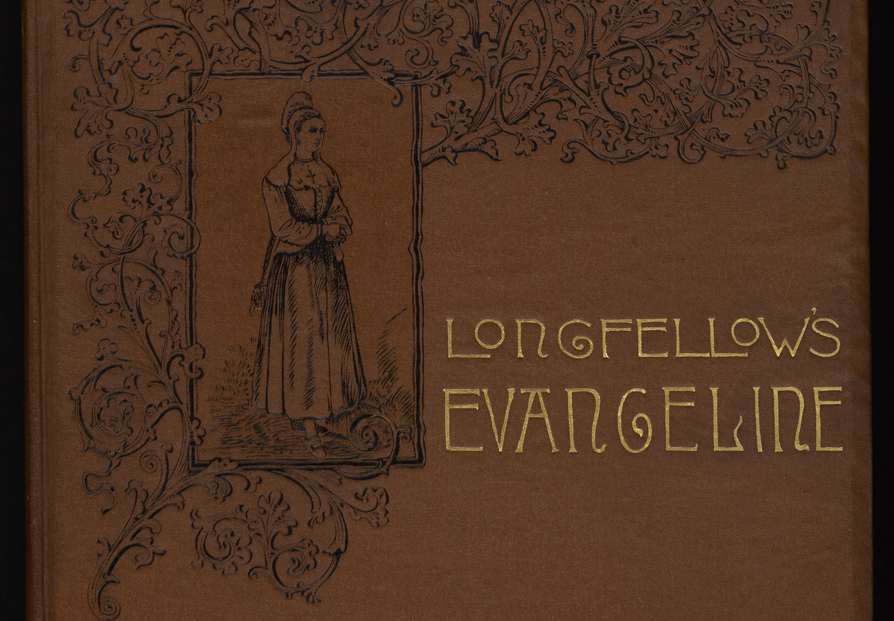 Hello and welcome to Maine Memories, little snippets of life from our home state.

This week, I want to tell you about my name.

When my mother was in grade school, she was required to read the story of Evangeline. Then and there, she decided that if she ever had a daughter, Evangeline would be her name.

Well, guess what! I’m her daughter, not so young or little anymore. But it’s me.

In 1847, Henry Wadsworth Longfellow wrote a story about a woman named Evangeline Bellefontaine and her love, Gabriel. They were from Acadia, Canada.

The book title was Evangeline, subtitled A Tale of Acadia. It involved Britain, and Acadia’s expulsion. The story goes that the two lovers were involved in a forced separation. She spent the rest of her life searching for him. At one time, they were literally only feet apart but unable to see one another because of a forest. They never even realized it.

Her search took her from Acadia to southern Louisiana. In her old age, she worked with the sisters of Mercy, in Pennsylvania, a house for the poor where on his death bed, she found Gabriel. He died in her arms.

The name Evangeline became popular throughout the 1940s and ‘50s. There was an Evangeline newspaper published from 1949-1982. A minor baseball team in the ‘30s and ‘50s. A train that ran from Halifax to Yarmouth, operating until 1990, and even a Maine-based evaporated canned milk labelled Evangeline.

There are two statues of Evangeline, one in Nova Scotia, where her search began, and one in St. Martinsville, Louisiana, where she gave up searching.

Louisiana has parishes instead of counties, so they have an Evangeline parish. There is also a large mall and a hot sauce with that name.

As a child, I didn’t like Evangeline, as everyone seemed to stumble over how to pronounce it. They still do, but now I just grin and tell them the proper pronunciation.

A dentist once told me Evangeline was a beautiful name, it has angel right in the middle. As a young teenager, that changed my way of thinking. Evangeline means the “bearer of good news,” which I try to live up to.

So, where did your parents get your name? What does it mean? Have fun learning about your own name. The results just might surprise you.

NOTE: Henry Wadsworth Longfellow was born in Portland, Maine, in 1807. It was part of Massachusetts at that time.