With three proposals from residents on their Feb. 13 agenda, Vassalboro School Board members approved one, rejected one and will seek more opinions before deciding on the third. 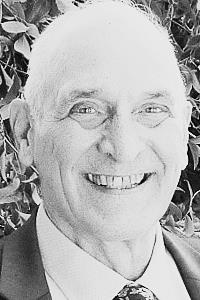 The item left undecided was a request from Leon Duff, seconded by Harvey Boatman and Bill Sleamaker, to name the gymnasium at Vassalboro Community School in honor of the late Jim Mitchell.

Mitchell was instrumental in getting the consolidated school built to replace three old buildings, the men – all involved in the process – said. More important was the way he did it, through patient emphasis on reason and compromise.

Boatman called Mitchell “a quiet voice of reason,” and “a champion of better education” than three old schools could provide. He should be remembered as a role model, a resident with a history of service, peace and leadership.

Duff illustrated his plea with a story. When Vassalboro voters approved the new school, he said, it was by a nine-vote margin. Two couples demanded a revote. Mitchell suggested the school board file a friendly lawsuit to get a court ruling.

After a judge ruled that the vote should stand, Mitchell asked town meeting to reimburse the dissenting couples for their legal expenses, an action voters agreed to take.

School board members decided it would be appropriate to consult with Vassalboro selectmen – Duff plans to attend the March 8 selectmen’s meeting – and to ask if other residents want to offer opinions. AOS (Alternative Educational Structure) #92 Superintendent Eric Haley recommends sending comments to School Board Chairman Kevin Levasseur at klevasseur@aos92.org.

Board members plan to return to the issue at their March 20 regular meeting.

Vassalboro Community School was designed with input from staff, Duff said. Levasseur said it opened in 1992 – and, Sleamaker added, is so well kept it’s still almost like new.

A more detailed account of the origin of the school is in the Vassalboro Historical Society’s Anthology of Vassalboro Tales, pp. 219-224. The book is for sale at the town office.

Vassalboro to vote whether to dissolve AOS #92

The request that board members accepted was to have the school designated as an emergency shelter for situations like the late-October 2017 windstorm that left many residents without electricity for days. Such a designation would require, among other things, a generator and a trained management committee.

Board members rejected the suggestion that they hire a consultant to guide them through the proposed dissolution of AOS #92. There is no money in the budget, they said; and looking at detailed information from the AOS office, they decided anything a consultant could help with had already been done.

Levasseur commented that aside from having its own school superintendent, Vassalboro would not see much change if the AOS dissolved. The plan Superintendent Haley presented calls for Vassalboro to contract with a Waterville office for most of the services the AOS central office now provides, with most of the same people providing them.

Part of the reason to dissolve the AOS is that central office staff are overworked. Assistants will be hired where needed, Haley said.

He expects the change would save Vassalboro money. Figures he presented to the school board showed a one-day-a-week superintendent (either a retiree looking for part-time work or someone shared with one or more other schools) plus contracted services from Waterville would cost less than the proposed 2018-19 assessment for the AOS central office.

Dissolution of the AOS would create a one-time payment as its accumulated undesignated fund balance was shared among the three municipalities, with Vassalboro to get almost $52,000.

In addition to a possible new superintendent, Vassalboro will definitely have a new principal next year: Dianna Gram retires in June. School board member Susan Tuthill, chairman of the nine-person principal search committee, said six applications had been received as of the previous week. Committee members plan to review the applications and schedule interviews with promising candidates in mid-March.

Give Us Your Best Shot! week of February 22, 2018 Palermo residents speak up about Sheepscot fishway
Scroll to top