WATERVILLE – Dolores Elinor Lemon, 85, of Waterville, passed away on Friday, February 14, 2020, at the Alfond Center for Health, in Augusta. She was born on August 2, 1934, in Oklahoma City, Oklahoma, the daughter of Orville Lee Rickey Sr. and Elinor Bernice (Jespersen) Rickey.

A graduate of Oklahoma City’s Central High School in 1952, she earned her Registered Nurse degree from Mercy Hospital School of Nursing in 1955. She worked at Mercy Hospital until Baptist Hospital opened where she became Chief of Labor and Delivery. As a single mother of two young boys she earned a B.A. in psychology from Central State College, in Edmond, Oklahoma, and a masters degree in nursing from University of California Los Angeles, (U.C.L.A), in 1980.

After spending several years with the Joint Commission on Accreditation of Hospitals, she moved to Waterville where she became vice president of nursing for Mid-Maine Medical Center (now MaineGeneral Medical Center). In 1985, she changed careers to become a real estate broker for Century 21 Coughlin Real Estate, in Oakland, where she worked until she retired.

Due to the COVID-19 pandemic, no services will be held. 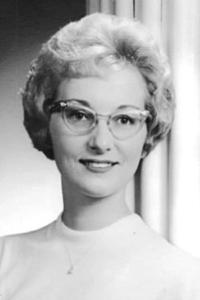 WATERVILLE – Carol S. Gardner, 74, passed away at her home on Tuesday, March 17, 2020. She was born March 15, 1946, in Portsmouth, New Hampshire, to Francis Carlyle Schnieder and Althea Mavis (Huntress) Schnieder.

Carol attended schools in the Portland area and graduated from Deering High School in 1964. She worked at the Waterville Sewerage District from 1974 to 2008, retiring as office manager. Her co-workers at the sewerage district were like her second family: .Gary, Denise, David, Kingston, and Jerry. She spoke of them often, even after retirement.

She enjoyed childhood summers spent at Sebago Lake with her three favorite cousins, Sandi, Debbi, and Anne. Her favorite beach was Higgins Beach, in Scarborough. She loved the ocean, especially Boothbay Harbor. She’d comb the beach for hours looking for the perfect sea glass. She loved spending long weekends with her sister, Diane, at the Tugboat Inn. Her granddaughter, Sarah, spent weekends there with her as well. Carol enjoyed going whale watching. Captain Fishers was her favorite charter. She loved to knit. She made countless sweaters, mittens, hats and bed comforters.

She had a great sense of humor and loved a good joke. She gave out the best birthday cards every year and always looked forward to sending them. She had a way of making you feel special and loved even though she didn’t tell you very often.

Carol is survived by her son and daughter-in-law Michael and Kelly Gardner, their children Sarah Morton and Jacob Gardner; her daughter and son-in- law Alisa and Dan Jolicoeur, their children, Ally and Abigail Jolicoeur; her sister and brother-in-law Diane and Jim Wright; niece Jennifer Murray and her husband Karl, nephew Matthew Wright; great-niece, Erika Hall, great-nephews, Brandon Hall and wife, Heather and Elijah Wright; 14 aunts and uncles and many cousins.

There will be a private gathering of immediate family at a later date.

He graduated from Newport High School in 1965. On September 16, 1977, he married Kathlyn Swanson in Redwood City, California. He was a veteran who proudly served his country in the United States Navy for 17 years until his honorable discharge. He was employed at Irving Tannery, in Hartland, from 1982 to 1987, Bath Iron Works from 1987 to 2000, then retired. He enjoyed crossword puzzles, trains, card games and board games. 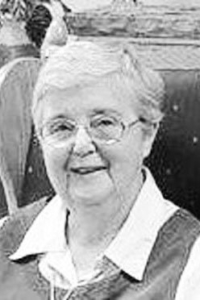 WATERVILLE – Sister Jeannine Levasseur, CSJ, 88, formerly known as Sr. Marie-Lucie, died Wednesday March 18, 2020, at Mount St. Joseph, in Waterville. She was born in Lewiston on May 29, 1931, the daughter of Odilon and Rose (Roy) Levasseur.

She attended St. Peter’s Elementary School and St. Dominique High School, in Lewiston, and later pursued her studies at LaMennais College, in Alfred, where she obtained a BA degree, and at the College of Ste. Rose in Albany, New York, where she earned an MA degree.

Sister Jeannine entered the Congregation of the Sisters of Saint Joseph of Lyon in 1951, in Auburn, and made her religious profession in 1958. Her teaching assignments were at Sacred Heart Academy, in Jackman, Sacred Heart School, in Auburn, and a teacher-principal at Holy Family School, in Lewiston. In 1970, as she missioned to Brazil, she attended the Latin American Institute, in Washington D.C., the Maryknoll Mission Institute, in Maryknoll, New York, the Marist Mission Institute, in Dayton, Ohio. In Brazil, in the diocese of Mossoro, she served in Pastoral Care, as a Bible Resource person on the Diocesan Faith Commission and the National Board of Ecumenical Bible Formation, for the State of Rio Grande de Norte. She also served on the Regional Conference of Religious.

Upon her return to the United States, after 28 years of service in Brazil, she continued her involvement in religious education and accompanied people as Spiritual Director.

For health reasons, in July 2019, she moved to Fontbonne Assisted Living, at Mount St. Joseph, where she resided until her death.

Sister Jeannine was predeceased by her parents; her brother Robert, and sisters Muguette and Laurette, CSJ.

She is survived by her sister Doris Bourque, CSJ lay associate, from Lewiston, her brother Norman and sister-in-law Doris from Lincolnton, North Carolina; sister-in-law Ann Levasseur, from California; a niece, Denise Bourque Dorey; many other nieces, nephews; grand-nieces, grand-nephews.

A Mass of Christian Burial will be celebrated on Friday, March 20, with burial following the Mass. In accord with the Bishop’s Directive, only sisters and immediate family will be present for the Mass. All others are asked to pray with us from home.

An online guestbook can be signed, condolences and memories shared at www.gallantfh.com.

In lieu of flowers, donations in Sister Jeannine’s memory may be sent to: The Sisters of St. Joseph Ministry Fund, 80 Garland Rd.Winslow, ME 04901. 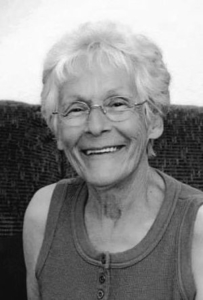 Diana attended Lawrence High School, in Fairfield. She married her high school sweetheart, Lawrence “Larry” Carr, Jr., on July 21, 1962. Diana spent most of her days at home being a homemaker for her husband and children. She also spent some time working outside the home at Greenlaw’s Restaurant, in Fairfield, Alden’s Restaurant, C. F. Hathaway Shirt Company, and Marden’s Discount Store, both in Waterville. She was very passionate about painting with oils; sewing; knitting and crocheting; crafting; gardening; canning and pickling, cooking, and caring for the family pets. 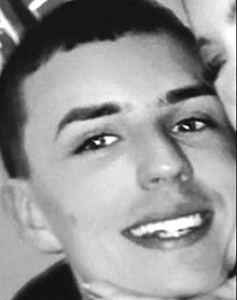 He had a passion for fast rides and loved to make those around him laugh. His selfless demeanor drove Ryley to love and help everyone in his life.

Ryley was the son of Billie Gene Reed; and grandson of Rhonda Reed.

A celebration of life will be held at a later date.To view Ryley’s guestbook or to leave the family an online condolence please visit, www.coastalcremationservices.com 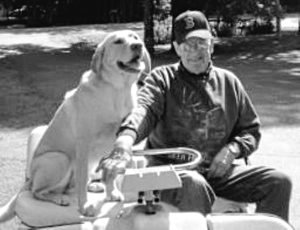 John was an avid hunter and fisherman, enjoyed watching the Red Sox, and he loved his special cat Tiger. He retired in 1992 from Joseph’s Motors Company, in Waterville, after more than 30 years of service. During retirement he also worked part time for Central Maine Motors, in Waterville, as a shuttle driver.

He was predeceased by his wife, Ina in 2006, and his brothers, Clarence, Robert, and Fred, all of Houlton.

He is survived by his son, John and his wife Jane, of Benton; stepson, Louis Stillman and his friend Diane, of Clinton; stepdaughter, Sandy and husband Dale Tilton, of Sidney; and a sister, Ann Reardon, of Houlton. He was “Papa John” and “Gramp” to many grandchildren and great-grandchildren.

At the family’s request there will not be any service or visitation. There will be a private gathering in the spring. 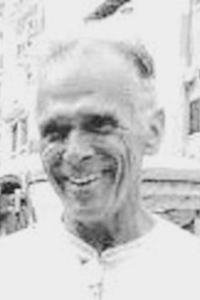 Born and raised in Lewiston, he attended Lewiston schools and owned and operated many small businesses in Lewiston.

Once he retired, he chose to live the simple, peaceful life in Benton with his longtime companion, Donna Cookson. They enjoyed traveling in the cold winter months. Some of their destinations were Ecuador, Uruguay, Paris, and Cypress. In the summer he camped on Moxie Lake and enjoyed gardening.

Armand made many friends in Benton. He played pickle ball and went to the gym daily. He enjoyed poker on Wednesday nights with the guys and was part of a French club on Saturdays. 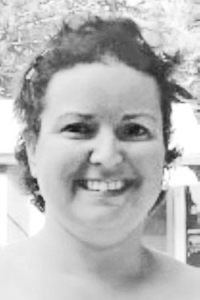 WATERVILLE – Barbara A. (Burrill) Geaghan, 55, passed away unexpectedly Wednesday, March 23, 2020, at MaineGeneral Medical Center, Thayer Unit, in Waterville. She was born August 25, 1964, in Skowhegan, the daughter of Stanley and Ann (Everett) Burrill.

She graduated from Skowhegan Area High School in 1982. She was employed in various town administrative positions, her favorite being town clerk and running elections in Canaan, Skowhegan, Belgrade, Hampden, and Augusta throughout her 36 year career. Barbara started working at the age of 14 at the Canaan Purple Cow, worked at the Canaan Superette, and was very involved in the town of Canaan for many years. She was previously a member of the Canaan Volunteer Fire Department Auxiliary, a volunteer EMT, and a part of the Maine Municipal Association.

Her happiest place on earth was Disney World and vacationing in Florida. She loved attending her children’s and grandchildren’s sporting events, trips to Young’s for lobster with her parents, her standing nail appointments with Nora, and the many trips to slots with her close friends Ann, Liza, and Gina. She treasured the road trips she would take with her husband Kevin.

Barbara is survived by her husband, Kevin R. Geaghan, of Waterville; parents, Stanley and Ann Burrill, of Canaan; two daughters, Erica Thompson and husband Shane, of Canaan, Rachel Small, of Palmyra; stepson, Kevin Geaghan II and fiancée Stephanie Carver, of Fairfield; grandchildren, Rae Ann-Marie, Hannah, and Aris all of Canaan, Kevin III, Destyni, Kelian, Ronald, Nathinal and Hunter, all of Fairfield; cousin who was more like a sister; two aunts, Sandra Everett and Leone Everett, both of Skowhegan; and many cousins.

She was predeceased by grandparents, Harold and Alice Burrill, Dwight and Addie Everett and uncle, Dwight Everett Jr.

There will be a private graveside held at Fairview Cemetery, in Canaan, and a Celebration of Life will be held at a later date at the convenience of the family.