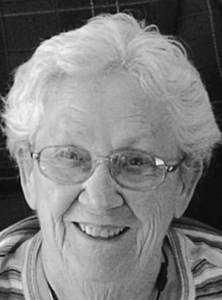 She grew up on the family farm with her three brothers, Elvin Jr., Carlton, and Roscoe (Mickey). Marcia attended Kingfield schools and graduated from Kingfield High School in 1947.

She fulfilled her childhood dream of becoming a nurse when she graduated from Central Maine Medical Center School of Nursing, in Lewiston, in 1950. Marcia worked in various nursing roles, but the majority of her career (32 years) was at Waterville Osteopathic Hospital (Northern Light Inland Hospital). She said she worked in every department except the furnace room and kitchen. She retired in 1989 but continued to work part time at Dr. Amalfitano’s office, in Waterville, and in private homes. Marcia was a nursing legend to many of her patients and colleagues. She touched people’s lives in their most vulnerable moments and stepped in when needed.

Marcia enjoyed reading, cooking, traveling, knitting and gardening throughout her life. She was always busy doing one of her hobbies and enjoyed any travel, whether five miles or five thousand miles. Her greatest joy, love and pride were her children. She made sure each had a strong foundation to grow upon and was an anchor in their lives.

Marcia was predeceased by her brothers, Junior and Carlton; and her husband, Clifford “Mike”; three of her grandchildren, Hilda, Dorothy and Elijah Howe; and son-in-law, Jim Maheu.

A graveside service will be held at Sunnyside Cemetery, in Kingfield, on Saturday, August 21, at 11 a.m.

An online guestbook may be signed, and memories shared at https://www.familyfirstfuneralhomes.com

In lieu of flowers donations may be given in Marcia’s memory to the Oak Grove Center Employee Activity Fund, 27 Cool St., Waterville, ME 04901.

He was a long standing member of the Atlantic Salmon Federation, Veazie Salmon Club, Trout Unlimited and the Elks. He enjoyed helping younger anglers to the hobby.
He is survived by his wife Dorothy; son Terry; grandsons Jesse and Cheyenne; sister Delores; and many nieces and nephews.

A service will be held in mid-August at the Veteran Cemetery, in Augusta. 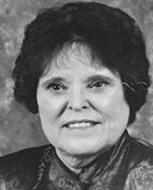 OAKLAND – Shirley Hope Gilbert, 92, of Oakland, passed away at her home on the morning of Thursday, July 22, 2021. Shirley was born in Winslow on February 9, 1929, and was one of six children (Estelle, Beverly, Geraldine, Richard, and David) of Joseph M. Begin and Florence (Pouliotte) Begin.

Shirley graduated in 1947 from Bingham High School and went on to work in administration for the Sears and Roebuck Company. On October 16, 1970, she wed the love of her life, Joseph “Leo” Gilbert and remained happily married for 50 years.

Shirley often spoke fondly of her younger years when she sang on the radio as part of the “Begin Sisters” trio with Beverly and Geraldine. Later in life, she volunteered as a member of the “Touch of Class”, a dancing troupe that preformed for the elderly throughout Central Maine. In addition, Shirley loved cooking, sewing, quilting, knitting and painting. She was especially fond of spending time with family at camp.

Shirley was preceded in death by her son, Steven J. Drew, who passed away in 2006.

A funeral Mass will be held on Monday, August 9, at 10 a.m., at Notre Dame du Perpetual Secours Catholic Church, 116 Silver St., Waterville. After the Mass, there will be a procession to St. Francis Catholic Cemetery, 78 Grove St., Waterville, followed by a reception at the Waterville Elks Lodge #905, 76 Industrial St. 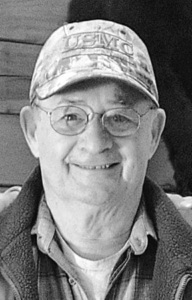 He attended local schools, and during high school, he enlisted in the U.S. Marine Corps serving two years in the Reserves. Following graduation from Cony High School, in Augusta, he proudly served four more years of active duty in the Marine Corps.

During his lifetime, he was employed by Augusta Supply Co., Sears Roebuck Co. and retired from Shaw’s Supermarkets.

John was a member of the National Rifle Association, American Legion and Sportsman’s Alliance of Maine. He enjoyed hunting and fishing but especially enjoyed spending time with family and friends. He was very loved.

He loved dogs and had many, but his favorite was his chocolate Lab, Moses.

There are no public visiting hours scheduled.

Burial with military honors will be at noon at the niche wall in Maine Veterans Memorial Cemetery, Civic Center Drive, Augusta. 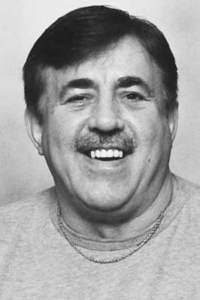 Paul was an avid hunter and enjoyed playing cards games with close friends.

He was predeceased by his parents; his daughter Danielle Sanborn; and his brother, Mike Bergeron.

Paul is survived by his son, Byron Bergeron and his significant other Kathy Goodblood; his grandson, Tresten Bergeron and wife Tiffany; his brother Robert Bergeron, and sister Dorothy Bickford and husband BO Bickford and their son Brandon Bickford; his aunt, Patricia Holmes. 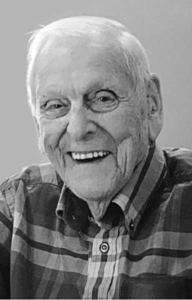 Carlton attended Erskine Academy, in South China, and was a World War II Navy veteran. On August 4, 1951, he married the love of his life, Lorraine D. Casey, and together they raised four children. “Casey” was an electrician for many years, retiring from IBEW Local #1253. He was a member and Past Master of Dirigo Lodge #104 A.F. & A.M., of Weeks Mills, a member of the Scottish Rite, Kora Shriners, American Legion and South China Community Church.

He was an avid hunter and fisherman, with many fond memories of “upta” camp. He enjoyed dancing and traveling with his wife, and oftentimes with family and longtime friends, to such places as Alaska, Hawaii, Canada, the Grand Canyon, as well as other western states, including Oregon.

Carlton was predeceased by his wife of 69 years; brothers, Clyde and Kenneth; half brothers, Howard and Arthur Sevigny; half sister, Beverly (Sevigny) Morang.

In lieu of flowers, those who wish may make a donation in Carlton’s memory to Shriners Hospitals for Children – Boston, Development Office, 51 Blossom St., Boston, MA 02114, or the South China Community Church, P.O. Box 335, South China, ME 04358.

He graduated from Erskine Academy, in South China in 1950. He married Ellen Cunningham September 3, 1955.

Junior loved the Red Sox and rarely, if ever missed a televised game. He also enjoyed traveling to Fenway Park with his family for a game. He loved coaching his sons through little league and umpiring his grandchildren’s softball games. Family trips to Moosehead Lake and camping at Green Valley Campground, in Vassalboro, and Aldus Shores Campground, in Searsmont, and playing cards with the neighbors were also a passion of his.

Junior was predeceased by his parents, mother- and father-in-law Archie and Lillian Reed; brothers Howard and Ronald; and sister Brenda; brother-in-law John Reed and sisters-in-law, Francis Soper and Vidy Glidden.

He is survived by his wife Betty; his sons Michael, of Vassalboro, Barry and his wife Sonja, of Hampden, Lee and his wife Nancy, of Vassalboro, and Scott and his wife Brenda, of Winchester, Virginia; grandchildren Stacy, Erin, Kelly, Michael, Amy, Jessica, Timmothy, Jaclyn and Patric; great-grandchildren Connor, Cash, Camden and Aubrie; sisters Donna, Gwen and her husband Glendon, Jacky and her partner Tim, Cheryl and her husband Jimmy and; brothers Robert and Darryl and his wife Lori; brothers-in-law Donald Reed; and sister-in-law Helen Cunningham; step-sons Daniel Reed and his partner Lisa, and Steven LaRue and his wife Sheila; many nieces and nephews.

Graveside services at Cross Hill Cemetary, Vassalboro, will be conducted on Saturday, August 14, at 11 am. A gathering of family and friends to celebrate Junior’s life will be held at his house in Vassalboro immediately following the service.

In lieu of flowers, donations may be made to your charity of choice.

Robert was a veteran of the U.S. Army having served honorably in Vietnam. Prior to his retirement he had worked as a logger, and most recently worked at Nicholson and Ryan Jewelry store, in Augusta. He enjoyed photography and nature.

He is survived by brother, Charles Gray, of Brownville Junction; sisters, Priscilla Girard, of Massachusetts, and Alice DiPaolo, of Wales; many nieces and nephews.

Arrangements are under the direction and care of Aable Cremation Service, Waterville.