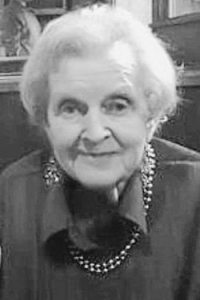 She graduated in 1953 from Williams High School, in Oakland. On April 27, 1954, Fay married Bernard (Bun) Bickford and remained married until his passing on July 6, 1980. Earlier years Fay worked at Medwed Footwear, in Skowhegan, and for many years at Waterville Osteopathic Hospital, as dietary supervisor.

Following retirement she enjoyed a trip to Hawaii and numerous bus tours with her sister-in-law, Marion Kelly.

Fay has resided at Lakewood Nursing Facility, in Waterville, since 2015. Fay enjoyed the nursing staff, residents and activities at Lakewood. Fay loved her weekend outings with Ronald to various eateries to enjoy a lobster dinner. Fay looked forward to celebrating the holidays at Lenard and Donna’s.

Fay is survived by her sons, Lenard (Donna) Bickford, of Norridgewock, Ronald Bickford, of Clinton, and Daniel (Jane) Bickford, of Fairfield, and daughter Debra Bickford and friend Pam Nutt, of China; her grandchildren, Brandy (Cameron) Huggins, of Winslow, Lear (Kyle) Chretien, of Tuscaloosa, Alabama, and Alexandra (Cory) Moser, of Sidney; great-grandchildren, Layla Stanford and Logan Huggins, of Winslow, and Liam and Emma Chretien, of Tuscaloosa, Alabama; and numerous nieces and nephews.

A graveside service will be held at Green Lawn Rest, in Clinton, in the spring on date to be announced. 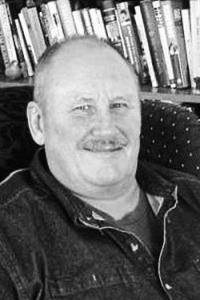 SKOWHEGAN – Jack Crockett Dionne, 66, of Skowhegan, passed away peacefully on Wednesday, February 5, 2020, at Maine Medical Center, in Portland. He was born in Skowhegan on December 13, 1953, the son of Rudy and Bunny Dionne.

He was the sixth of the 11 Dionne children growing up on the family farm. He graduated from Skowhegan High School. A life long resident of Skowhegan, Jack was always proud of his close family. In addition he had a huge circle of friends. Everyone knew Jack and Jack knew everyone. He was always willing to give a helping hand.

He was predeceased by his parents; and two brothers, Greg and Barry.

He is survived by his siblings, Judy Scoville (Paul), of Chelmsford, Massachusetts, Jane Jewell (Dennis), of Cornville, Carole Dionne-Fabrizio (Mary Lou), of Wells, Dan Dionne, of Anson, Pamela Eames (Sam), of Norridgewock, Susan Porter (Randy), of Buxton, Barbara Vereault (Don), of Bangor, and Jeff Dionne (Claire), of Benton; and many nieces and nephews.

In lieu of flowers, donations can be made to: Skowhegan/Madison Elks Club Lodge, 2531 Scholarship Fund, 21 Silver St., Skowhegan, ME 04976. 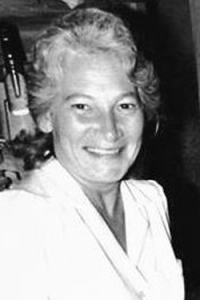 WINSLOW – Martha Irene Morrissette, 77, passed away Thursday, February 6, 2020, at home , following many years fighting the effects of C.O.P.D. She was born to Lloyd and Ruth Sinclair of Vassalboro on March 21, 1942.

Martha enjoyed her flower garden and her peonies, crocheting, knitting, reading, fishing with Lionel and the coast. Martha loved animals and most of her cats she had came in as strays. She loved her trips to the beach with her best friend of many years Nancy Shaw of Waterville.

Martha was predeceased by her husband of 54 years Lionel Morrissette; and a son Richard Labreck; a grandson Seth Labreck; two brothers, Lloyd Sinclair, of Massachusetts, and Robert Tozier, of Waterville.

Martha is survived by her son Arthur Morrissette and daughter-in-law Erin Morrissette, and granddaughter Kyler Morrissette, of Oakland; her son William Labreck, currently of New York; a granddaughter Jessica Labreck; and many great-grandchildren; and numerous nieces and nephews; a sister Evelyn Willette, and a brother George Sinclair.

Martha will be laid to rest with her husband Lionel at the Maine Veterans Cemetary, in Augusta, at a future date this spring. There will no service, only a graveside gathering.

He was predeceased by his mother, Beverly M. (Crowe) Calden and his brother Randall E. Calden.

A celebration of life will be arranged at a later date. Donations to help with cremation costs are greatly appreciated and donations may be sent to: Richard Calden, 35 Pearl St., Apt. 2, Augusta ME 04330. 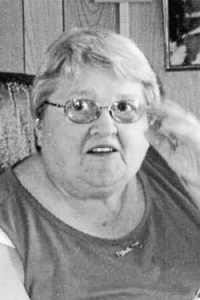 FAIRFIELD – Linda E. Foster, 71, of Fairfield passed away on Sunday, February 9, 2020, at Maine Medical Center, in Portland. She was born in Las Vegas, Nevada, on July 7, 1948, the daughter of the late William and Freda (Charity) Griffin.

Linda worked with her parents at the Dairy Princess, in Fairfield, during the late ‘60s. She worked at the chicken factory, in Winslow, in the early ‘70s, and retired as a domestic housekeeper. Linda enjoyed fishing, knitting, crocheting, and bird watching, but her greatest joy was spending time with her family.

Besides her parents, she was predeceased by her son, Richard Foster in 1989; and her sister, Lorna Rod­erick.

Graveside services will be held in the spring at Maplewood Cemetery, Fairfield. 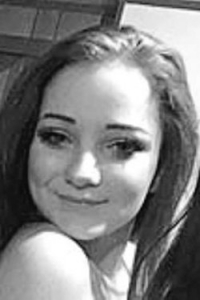 CLINTON – Emily Ray Baker, 14, passed away with her younger sister, in an automobile accident on Sunday, February 9, 2020, on the Hinckley Road, in Clinton. She was born on August 19, 2005, in Boston, Massachusetts, the daughter of Kevin and Samantha Baker.

She was currently a student at Lawrence High School, in Fairfield. Emily was a beautiful young lady with a heart of gold. She truly lived life to the fullest, and was everyone’s friend. Emily had an uncanny ability to reach people in a deep, and positive way.

A service was held on Tuesday, February 18, 2020, at Lawrence High School’s Williamson Center. 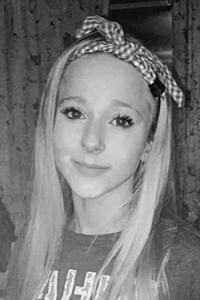 CLINTON – Ashlin Eleanor Baker, 12, passed away with her older sister, in an automobile accident on Sunday, February 9, 2020, on the Hinckley Road, in Clinton. She was born on June 5, 2007, in Boston, Massachusetts, the daughter of Kevin and Samantha Baker.

She was currently a student at Lawrence Junior High School, in Fairfield. Ashlin loved many things in life. She loved spending time with her friends, spending time with her siblings, and pranking her older sister. She was very headstrong; she was passionate about animals and could always convince her parents that their household was a good fit for a pet in need.

Although her father, Kevin Baker, passed away in 2019, she is survived by her mother, Samantha Baker, her stepdad, Lynn; her brother, Zach Baker; her uncle and aunt, Butch and Mary, her uncle and aunt, Gabriel and Holly; and her cousins.
A service was held on Tuesday, February 18, 2020, at Lawrence High School’s Williamson Center. 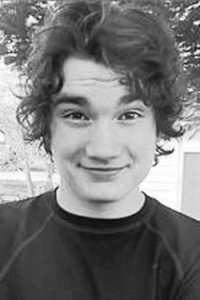 BENTON – Thomas “Tommy” J. Porfirio, 15, of Benton, passed away tragically in an automobile accident, on Sunday, February 9, 2020. He was born in Waterville on September 6, 2004, the son of Antonio “Tony” Porfirio and Sheila (Marquis) Porfirio.

He attended schools in Waterville and Benton, and was currently a student at Lawrence High School, in Fairfield. Tommy loved to listen to Rap music, play video games, baseball, and hanging out with his friends.

Tommy is survived by his parents Sheila and Tony Porfirio; his sister Jenna (Porfirio) McClure and her husband Thomas McClure; his brothers Joshua and Jacob; his niece Jocelyn, his nephew Vinnie; his maternal grandmother Ann Marie Marquis, his paternal grandmother Maria Do Carmo Sousa; many aunts, uncles, and cousins; and his girlfriend Destyni Chase.

A celebration of Tommy’s life was held on Saturday, February 15, at the Williamson Arts Center, in Fairfield. 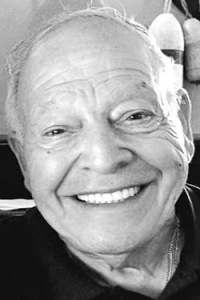 Peter was born in Waterville, the son of the late Nimera and Sam Maroon. He was predeceased by his wife Marion Morrison Maroon; his brothers Ernest, Charles, Louis and sisters Freda and Lucille.

After attending Waterville schools Peter served as a staff sergent in the U.S. Air Force during the Korean War. After his discharge he returned to Maine and graduated from the University of Maine with a B.A. He was an executive with United Outdoor Advertising; Captain of Waterville Fire Department Engine 2; A State Legislative Liaison for Maine Independent Oil Dealers; The associate executive director of the Waterville Chamber of Commerce. Peter was active in the community including the Waterville Elks Lodge, he served on the board of directors for several organizations including Waterville Housing Authority. He was a member of St. Joseph’s Maronite Church, and a 4th Degree Knights of Columbus.

A Mass of Christian Burial will be held June 26, at 10 a.m., at St. Joseph’s Maronite Catholic Church, 3 Appleton St., Waterville. A private burial will be held at 1 p.m. at The Maine Veterans Memorial Cemetery in Augusta.

In lieu of flowers, memorial donations may be made to: St. Joseph’s Maronite Church.

Tracey valiantly and without complaint fought a serious heart condition since birth. After years of both joy and struggle, she has gone to her place of peace.Tracey was a loving wife and mother to husband Chris and son Kyle, as well as to her stepson CJ, (Christopher Jack).

Tracey was always very supportive to both Kyle and CJ in both sports and academics. As difficult as it was for her, she attended as many games as possible and was also involved in the booster club as well as many other activities. Tracey was happiest when she was with her family or planning family events that would bring those family members who were living out of state together. There were many such gatherings that Tracey organized and cherished, whether it was in New Orleans, Louisiana, or Cleveland, Ohio, when her brothers lived there, in Houston, Texas, where an aunt and cousins lived, or in Florida where so many family members lived. Tracey also loved traveling with her immediate and extended family and would always be the first to post her photos from the various cruises and other trips they took. But, it was especially important to Tracey to be able to travel to watch Kyle play baseball and basketball with his school and travel teams as it brought her so much joy to watch him and these trips also provided her additional opportunities to visit with family or friends.

Tracey is survived by husband Chris; sons Kyle and C.J.; her brothers Steven, Alan, and Howie Tabb; as well as numerous, cousins, nieces, nephews and extended Kruse family in the Skowhegan/Norridgewock area.

She was preceded in death by her mother and father, Phyllis and Isadore Tabb, of Brooklyn, New York.

Services were performed by Pastor Craig Riportella of CenterPoint Community Church, in Waterville, on Sunday, February 16, at The Somerset Abbey, 98 Main St., Madison.

McCowan was named to the Fall 2019 dean’s list at Muhlenberg College OPINIONS – Question 1: No vote will protect our children and everyone’s...
Scroll to top