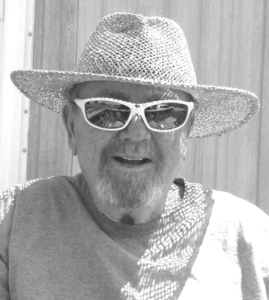 He enjoyed shooting guns, wood crafting, hanging out with his grandchildren, and taking rides in the car. 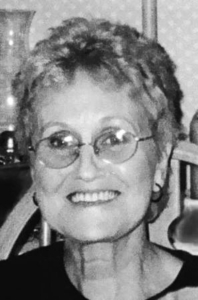 WINSLOW – Dianne E. Levesque, 76, passed away peacefully on Tuesday, June 2, 2020, at MaineGeneral Medical Center, in Augusta. She was born on October 16, 1943, in Jacksonville, Florida, daughter of William and Louine (Spinney) Cotter.

She was raised in Orrington and was a 1961 graduate of Brewer High School. She most recently resided in Winslow.

As a loving wife, mother, Aunty Di, and nana, Dianne enjoyed spending time with family playing games, singing songs, and telling many stories. She had a fondness for knitting, sewing, singing, and playing piano, along with cooking many delicious family meals.

Dianne was predeceased by her parents, husband, Robert, and brother, Richard.

Per Dianne’s request, there will be no memorial services. There will be a private family interment scheduled at a later date. Memories and condolences can be shared on Dianne’s Facebook page. 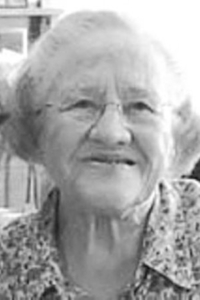 Beatrice attended St. Francis de Sales school and graduated from Waterville High School in 1942. Beatrice also attended fashion school in New York City for one year but fell in love with her future husband, Donald, and returned to Maine.

Beatrice had a full-time job raising 11 children. During those years she gained experience in nursing, cooking and psychology, always caring and supporting her children.

Beatrice would spend every moment she could with her husband Donald, who nicknamed her “Queen Bea”. They managed to find time to go dancing, fishing and hiking. Beatrice was seen more than once wading up to her knees netting a five-pound Brook trout or a three-pound Salmon at the Belgrade Lakes dam.

Beatrice was a loving, caring person who enjoyed spending time with her family. Cribbage was a family game and Beatrice looked forward to playing with any family members or visitors. The cribbage tournaments at Goudreau’s Retirement Home, in Winslow, were always a highlight of her week.

As a long time, standing member of the St. Theresa Guild, she devoted her time to the church. Bea’s prayers and love for God is above no other love. A strong belief in religion and prayer, her faith in Jesus Christ helped bond her family together.

She is survived by a brother, Arthur and wife Jean Berard, of Winslow; a sister, Honorine Lafreniere, of Lewiston; her children, Diane Poulin (Peter`s spouse), of Skowhegan, Paul and wife Betsy, of Tujunga, California, Phil, of Sidney, Pam and husband Pat Kearney, of Scarborough, Tom and wife Kim, of Oakland, Ted and wife Carol, of Merrimack, New Hampshire, Tim, of Sidney, Trudy, of South Portland, Meg, of Scarborough, Mat and wife Becky, of Oakland; 19 grandchildren, 17 great-grandchildren; and many nieces and nephews.

There will be a private church service held for immediate family.

Those who wish to make a donation may contact Mid-Maine Homeless Shelter and Services at shelterme.org or Sacred Heart Soup Kitchen at corpuscristimaine.org/sacred-heart-soup-kitchen. 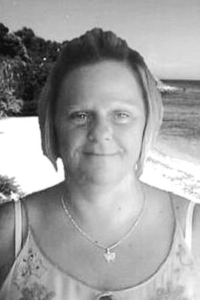 WINDSOR – Tamara L. Schriver, 56, died Friday, June 5, 2020, at Alfond Center for Health, in Augusta, following a brief illness. She was born January 15, 1964, in Gardiner, the daughter of Paul and Dora Dolan Schriver.

She attended Gardiner schools and graduated from Gardiner High School in 1982. She attended cosmetology school, then worked for U.S. VA Togus, and was there for the last 25 years as a sensory and physical rehab therapist. While at Togus, she served on several committees including the Native American committee for veterans.

Tammy loved the ocean and being on the beach. She attended pow wows, enjoyed arts and crafts, shopping and motorcycles. She worked at the Windsor Fair for many years.

She is predeceased by her parents, a daughter Tabitha Luczkowski; brother, Todd Schriver and half-brother, Stephen Schriver.

A private burial be will held in Mount Hope Cemetery, South Gardiner.

Arrangements are by Staples Funeral Home and Cremation Service, 53 Brunswick Ave., Gardiner where condolences, memories and photos may be shared with the family on the obituary page of our website familyfirstfuneralhomes.com. 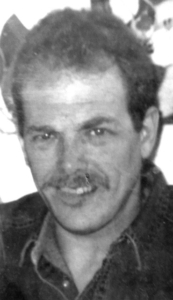 He attended Messalonskee High School, class 1979. On August 9, 1997, he married the former Linda Pooler. He worked most of his life in the family owned business, A.L.Taylor and Son, in Oakland. His favorite pass time of all was hunting, whether it be on his own, with friends or teaching someone in the family. He also enjoyed fly fishing, anything outdoors, and tinkering on anything with a small engine.

He was predeceased by his mother, Carol (Furbush) Taylor; sister, Susan Eller; and nephew, Ryan Taylor. 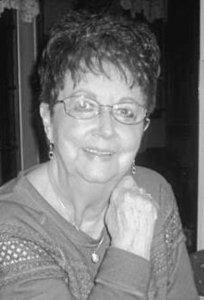 She graduated from Mt. Merici Academy, in Waterville, class of 1954. Donna met her sweetheart, Leonel Libby, while working at JB Friel in 1955. They were then married on September 15, 1956.

Donna worked at JB Friel Insurance Co., Waterville Hardware, and was a local Avon representative. Most of her life she worked as a homemaker.

She was a member of St. John the Baptist Catholic Church, in Winslow. She enjoyed doing cross stitching, visiting coastal Maine, going out to lunch with friends and family, and shopping. She made sure all family birthdays, anniversaries, etc., were celebrated.

Donna was predeceased by her husband, Leonel and her parents, Dana and Arlene Morin.

A Mass of Christian burial was held, by invitation only, on Saturday, June 13, 2020.

Please visit http://www.veilleuxfuneralhome.com to share your condolences and memories with Donna’s Family. 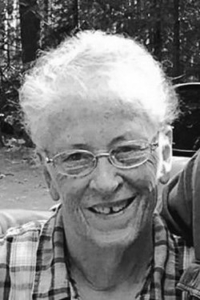 Diane grew up in Chelsea with sister Nancy, attending Chelsea elementary schools and graduating from Erskine Academy, in South China, in 1956.

Following graduation, Diane began working for the state in the Department of Transportation. She worked her entire career, of over 30 years for the State of Maine.

Diane will be remembered for her hours of dedication to both the Cub Scouts and Little League foundations for her sons, Mike and Delmar. Diane would often say that she had high cholesterol from eating “all the hot dogs from the concession stand every night of the week,” because she was always at the fields supporting her boys.

As a dedicated Den mother, Diane, despite her fear of heights, marched a pack of Cub Scouts up a mountain in Camden Hill State Park.

Diane loved guiding for Mary Grove at the Poland Mining Camps, where she and Butch mineral hunted for many years. Diane was also very proud of her gardens. You would often see her outside in the mornings weeding and trimming to beat the heat. Diane would always get stopped at the local store by other Windsor residents commenting on how nice her flower beds looked.

Diane’s other joy was her many fur babies, including her two cats, Garfield and Daisy.

Diane will be remembered for her spunk and tenacity. For her five-foot frame, which was no match for even the biggest foe or any unsuspecting cashier who may have mistakenly forgotten that she was owed a penny.

Diane loved her weekly shopping trips with her best friend, Lucy Mills. Always a family woman, Diane was most proud of her two grandchildren, Kaitlyn and Coleman. Diane loved having family to her house for any holiday to celebrate with her loved ones.

A private burial will be held at a later date in Maine Veterans Memorial Cemetery. 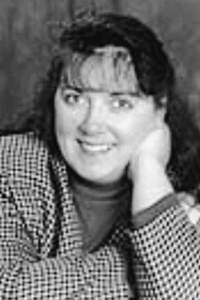 SIDNEY – Rayleen E. Coulombe, 58, of Sidney, passed away peacefully at home on Thursday, June 11, 2020, following a valiant, hard-fought battle with multiple myeloma blood cancer and secondary plasma cell leukemia. She was born in Gardiner on November 19, 1961, the daughter of Raymond Hanning and Eileen (Bryant) Hanning.

Rayleen graduated from Messalonskee High School, in Oakland, in the class of 1980. Rayleen commenced her work career as a nanny for a local family with whom she remained close right up to until the end of her life. She then worked for many years at Photo Finish, in Augusta, as a lab technician processing photographs and finished her career at KV Federal Union, in their Augusta and then Oakland offices, until she was stricken with cancer in October 2019.

Rayleen was a woman of numerous interests with which she was avidly involved with. Her favorites were her family, photography, gardening, crafting, animals, travel, Christmas, and reading being of primary note. Rayleen was extremely passionate and loyal to her family, friends and interests and noted for being prepared for any contingency.

Rayleen married Peter Coulombe, the love of her life, on September 19, 1992. Rayleen and Peter had two children, Thomas Coulombe and Jennifer Coulombe.

There are no public visiting hours planned.

A Celebration of her life will be held at a later date. Burial will be in Maine Veterans Memorial Cemetery, Augusta.

Arrangements have been entrusted to Plummer Funeral Home, 16 Pleasant St., Augusta, ME.

Memorial donations may be made to either: Harold Alfond Center for Cancer Care, Office of Philanthropy, PO Box 828, Waterville, ME 04903 or, Dana Farber Cancer Institute, 450 Brookline Ave., Boston, MA 02215.