She came to the United States on February 14, 1963 and four months later, married Stanley Yocz. She is fondly remembered as a hardworking and fun mother of five children who also had a great love for her grandchildren.

Irena enjoyed vegetable and flower gardening, biking, crocheting, knitting and cooking her polish “comfort” dishes for family and friends. She especially enjoyed her time at the family camp on China Lake where she would swim, relax around the camp fire or readily cook the catch of the day.

A woman of prayer and great faith she instilled in her children, by example, the importance of placing others first, being kind and speaking with words of love in Polish and an inviting smile.

Irena also loved looking through family photo albums which helped to keep her connected with her family near and far and would often send “care” packages to remind them they were being thought of in a special way. Trips to Poland were very poignant for Irena giving her the opportunity to reconnect with her family and friends whom she always truly loved. She belonged to Corpus Christi Parish at St. John the Baptist Catholic Church im Winslow, and the Winslow MacCrillis-Rousseau VFW Post #8835 Auxiliary.

Irena is survived by her five children: Daniel Yocz and his wife, Nicole, of Haverhill, Massachusetts, Lola Mender and her husband, Giovanni, of San Antonino, Texas, Alan Yocz, of Winslow, Eric Yocz and his wife, Jessica, of Scarborough, Irene Sophie Yocz and her husband, Derrickson Winslow Tensen, of North Yarmouth; her grandchildren: Connor, Zyla Irena, Memphis, Lydia Grace, Stella, Luke, Edward, Hayden Zofia; her niece, Ewa Rzyska-Lamarre and her husband Stephen and their daughter, Sabrina, of Winslow; her sisters, Zofia, Wiesia and Lonia, of Poland; her brother Jozef, of New York; as well as a large extended family.

Please visit www.veillieuxfuneralhome.com to view a video collage of Irena’s life and to share condolences, memories and tributes with her family.

For those who wish, donations may be made in Irena;s memory to: Sacred Heart Soup Kitchen, 70 Pleasant Street, Waterville ME 04901.

JEFFERSON – Major Glenn B. MacDonald, USAR (Ret) former network newsman and veteran wire-service reporter died at his home in Jefferson, on Sunday, May 26, 2019. Major MacDonald was born in Gardiner, February 26, 1947, the son of the late Mrs. Marian Graffam, of Rome, New York, and the late Judge Paul A. MacDonald, of Woolwich.

He was educated at Higgins Classical Institute, in Charleston, and the University of Maine in Augusta. He also graduated from many army service schools and won numerous journalistic awards as editor of Guard Life magazine.

He was also a retired major in the U.S. Army Reserve, having risen in the ranks as an enlisted man, non-commissioned officer, company grade and field grade officer. Major MacDonald was a U.S. Army combat correspondent in 1971 and 1973. He also covered fighting in Laos and Cambodia.

MacDonald was an ABC radio news correspondent in Saigon, Hong Kong, Manila and New York during the early to mid 1970s. He later was a staff writer and broadcast editor at The Associated Press, in Newark, New Jersey, Philadelphia, Pennsylvania, and New York City Bureaus of United Press International.

He was founder and editor of the website, militarycorruption.com; it’s mission was to fight for truth and expose the corrupt in the military. Beginning July 4, 2000, he wrote an article every 48 hours for the next 18 years. In failing health, he had no choice but to transfer the website to a trusted friend who picked up the baton and will carry it forward into the future.

He was predeceased by his sisters, Mrs. Faith Clark, of Rome, New York, and Mrs. Joyce Reed, of Boston, Massachusetts.

Condolences, memories and photos may be shared with the family on the obituary page of the Staples Funeral Home website: familyfirstfuneralhomes.com.

He graduated from Mt. View High School, in Thorndike, and attended college at the University of Maine at Presque Isle, where he obtained a bachelor’s degree.

“Little Turk” enjoyed hunting and fishing with his father growing up. He enjoyed working in the technical field while living in Milford, Massachusetts. He also enjoyed spending time with his mother.

He is survived by his mother, Sally Tarini, of Unity, and many uncles, aunts, and cousins.

“Little Turk” was predeceased by his father, Harold “Turk” Tarini.

An online guestbook may be signed, condolences and memories shared at gallantfh.com.

FAIRFIELD – Stephen Louis Verzoni, 65, of Fairfield, passed away unexpectedly at his home on Saturday, June 1, 2019. Stephen was born in Waterville on March 19, 1954, to Angelo and Estelle Verzoni.

He graduated from Waterville High School in 1972, where he excelled in football, and track and field. He majored in business at the University of Maine, Augusta, and worked as a territory manager for Altria for 32 years. Stephen was one of
the pioneering coaches of the Windham Youth Football Program. He enjoyed attending his stepsons’ and nephews’ various
sporting events, and he was an avid New York Giants football fan. He loved riding his motorcycle and spending time with family and his beloved dog Sadie. 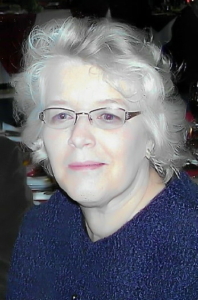 FAIRFIELD – Carla Bouchard, 72, of Fairfield, Maine passed away on Sunday, June 16, 2019. Carla was born in Waterville on October 10, 1946, the daughter of Abel and Cecile (Pinnette) Levesque. She attended public schools in Waterville. She was formerly employed by Scott Paper Company, in Winslow, but spent the majority of her life taking care of her family.

Carla met her husband, Gerald Bouchard, 53 years ago at Scott Paper Company. They were introduced by Aunt Agnes Charland at the time clock with the whole crew watching. Their very first date was at the Fireman’s Baked Bean Supper on Lithgow Street, in Winslow. They were married later that year on December 3, 1966.

Carla had a great appreciation of art, music, singing, sewing, gardening, and was a crossword puzzle wizard. She and her husband Gerald took great pride in creating beautiful home decor, furniture, stained glass, and woodworking pieces. She was a private person, but when in a crowd she was the life of the party. Her inner spirit and will to live was incredibly strong.

Carla was predeceased by her parents Abel and Cecile Levesque, nephews Randy Levesque and Jamie Donahue, and brothers-in-law Ronald Bouchard and Laurier Bouchard.

A Celebration of Life will be planned at a later date.

ROBERT L. HAMLIN JR., 77, of St. Cloud, Florida, passed away on Saturday, May 25, 2019. Robert was born on January 9, 1942, the eldest child of Robert and Marionette (Desmond) Hamlin. He graduated from Lawrence High School, in Fairfield. He was married to the former Hildred Murphy.

LETTERS TO THE EDITOR: Doing “business” in E. Vassalboro Saddened and confused: the flooding of Flagstaff village
Scroll to top