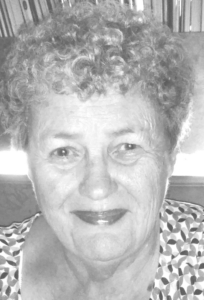 WATERVILLE – Kathleen Sylvia (Hamel) Plourde, 82, of Waterville, passed away following a long illness on Friday October 25, at the Glenridge Comfort Care Facility in, Augusta ME. Sylvia was born in Sanford on September 27, 1937, to Leo and Violet (Gilbert) Hamel.

She attended Waterville Schools, graduating from Waterville Senior High School, class of 1955. She married her husband Carroll Plourde, July 27, 1959. They were married for 54 years.

Sylvia worked in the banking industry in the city of Waterville. She began her career as a teller and worked her way into the Repayment Department. She retired from Fleet Bank. Sylvia volunteered as an aide on a special needs school bus. She also was a volunteer for the City of Waterville’s North End election poll site.

Sylvia was an avid Boston Red Sox fan, enjoyed traveling, listening to Elvis music, reading romance novels, playing games on her tablet. She was an avid Facebook user and loved everything! Sylvia started each and every day since the 1960s reading the local obituaries to see if she had died. If she had found herself listed, she was going to go back to bed and not make breakfast.

When she would go away on vacations, family and friends would save the daily obituaries. Upon her return she would check to ensure she was not listed. Fortunately for her loving family, her name did not appear until after six decades of additional life!

Sylvia was predeceased by her husband Carroll Plourde, of Waterville, and her oldest son, Brian Plourde, of Dresden.

In lieu of flowers, the family asked that donations be made to Blessed Sacrament Chapel, 101 Silver St, Waterville Me, 04901. 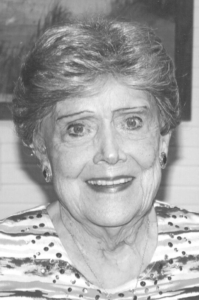 She was the oldest of six children. She attended elementary and high school in Winslow and graduated from the University of Maine, Orono, in June 1945, with a BS in home economics.

She had various employments throughout her working career, Gardiner Telephone Company, Librarian at the James Bean Elementary School, in Sidney, and many years of volunteer work at Inland Hospital Library, in Waterville.

Barbara was married on August 22, 1946, to Robert Morris Healy (Lt. Col., Ret. USMC). During her journey with “Rab” through his military career she had the opportunity of moving to various locations in the United States, with four years being the average length of time in one place. After his retirement in 1964, from the military, they moved to Franklin Lakes, New Jersey. In 1978 they moved to Sidney, and in 1993, moved to Boiling Springs Lakes, North Carolina. After the death of her husband in 1995 she finally moved back to Maine. She lived in a condo she purchased in Waterville and after many years there moved to Goudreau’s Waterfront Retirement Community, in Winslow.

One of the most important parts of her life was that of being a member of the National Society of the Daughters of the American Revolution and was a Fort Halifax Chapter member for 71 years. She was very involved with the different committees of NSDAR and had been Chapter Regent and was currently Vice-Regent of the chapter. Barbara was associated with, and a member of the Winslow Congregational Church since her birth. She was always a good listener and willing to help others in any way she could. Some of her hobbies and interests included reading, knitting, puzzle working and traveling.

She was predeceased by her parents, husband and son, Rex C. Healy, of North Carolina.

A memorial service will be held Saturday, November 23, 2019, at 2 p.m., at the Winslow Congregational Church with Rev. Kimberly Shrader officiating.

In lieu of flowers, donations in memory of Barbara S. Healy can be made to the following: Winslow Congregational Church – Memorial Fund, 12 Lithgow St., Winslow, ME 04901, or Fort Halifax Chapter, NSDAR, c/o Sandra Swallow, 6 Sage Rd. Harpswell, ME 04079-4420.

He was raised in Waterville, attending Waterville public schools. At the age of 17, he joined the United States Marine Corps and was stationed at Camp Lejeune, in North Carolina. While in the Corps, he married the former Carmeline Marguerite Pomerleau, on October 27, 1960. While in the Marine Corps he was a part of the ﬁrst Solant Amity Cruise, a joint Marine and Naval operation to demonstrate goodwill, peace, friendship and American military might to new and developing countries and demonstrate the United States’ willingness to assist these countries to take their place in the community of nations.

Moving back to Maine, he worked at ﬁrst as a truck driver, and then as a meat cutter and butcher for Eastern Packing Company and then later Jordan’s Meats, in Waterville. He learned the art of taxidermy by mail and ran a successful taxidermy business. He and Carmeline operated Bill’s Truck Stop and Restaurant. He was superintendent of the Clinton Water District, and a reserve ofﬁcer for the Clinton Police Department. He later worked for the Somerset County Sheriff’s Ofﬁce, retiring as a Deputy.

He was an avid outdoorsman, a hunter, trapper, ﬁsherman, and marksman. He loved being outside in nature and could communicate with crows. He was a family man, a hero to his two boys and a loving husband, and he will be sadly missed.

He is survived by his wife of 59 years, Carmeline, of Clinton; sons, Emile III, of Fairﬁeld, and Dan, of Wasilla, Alaska; two siblings, Lionel (Chinoo), of North Carolina, and Reney, of Indiana.

He was predeceased by his parents; his siblings Harvey, Perley, Nancy and Shirley.

A private graveside ceremony will take place at a later date. 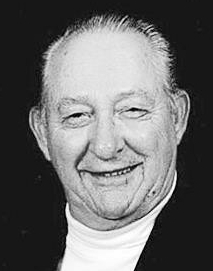 AUGUSTA – James T. Roberge, 90, died Wednesday, October 30, 2019, at TogusVA Hospital. He was born September 9, 1929, the son of Ben and Leona Roberge. Jim graduated from Waterville High School and The Colorado Gunsmith School, where he built his 300 Win­chester Magnum. He entered the U.S. Army and served four years. He was a gifted musician, playing Taps at several military funerals where his first wife admired him at age 13. They married 13 years later.

James is survived by his wife, Lucille (Bolduc) Roberge; his two daughters, Melissa and Ernie Hartman, of Williamsburg, Virginia, and Andrea and Dana Daigle, of Winslow; his two sons, John and Jayne Roberge, of Mount Vernon, and James Roberge, of Waterville.

Burial was at the Maine Veterans Memorial Cemetery, in Augusta. Arrangements are under the care and direction of Veilleux Funeral Home, www.veilleuxfuneralhome.com. 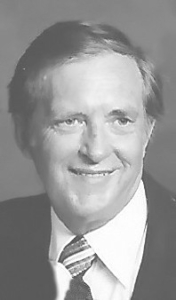 He was educated in the schools of Rome and Oakland. On February 21, 1970, he married the former Marjorie Ricker, in Skowhegan. He was a veteran who proudly served his country in the US Army until his honorable discharge.

Norman was employed as a car salesman for 30 years and worked at the Maine Biological Lab, in Winslow, as a poultry inspector. Norman and Marjorie traveled to 49 states in their travel trailer. They wintered in Texas for 10 years and 4 years in Florida. He was a member of the Masonic Lodge of New Sharon and Lions Club. He enjoyed bicycle riding across the United States, square dancing, travel, skiing, golfing, and hiked the Grand Canyon.

He was predeceased by his parents; three brothers, Elwin, Blaine and Arden; son, Dana Tibbetts; and grandson Kevin Hubert.

A memorial service will be held at a later date at the convenience of the family at the Veteran’s Memorial Chapel. 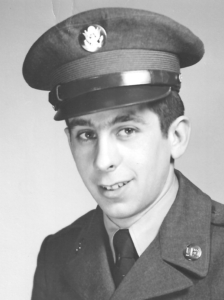 FAIRFIELD – Edward Joseph Frappier, Jr., 86, passed away unexpectedly Saturday, November 9, 2019, at his home, in Fairfield. He was born July 13, 1933, in Waterville, the son of Adelard E. and Louise M. (Pelletier) Frappier.

He attended local schools and earned his GED from St. Francis. He was a veteran who proudly served his country in the United States Army until his honorable discharge. On July 6, 1968, he married the former Jacklyne Olson, in Waterville. He worked for many years as a co-owner of Bill’s Tire Service, in Waterville and Winslow, and was a member of the Benevelent and Protictive Order of Elks Lodge, in Waterville, MacCrillis-Rousseau VFW Post #8835, in Winslow, Bourque-Lanigan American Legion Post #5, in Waterville, and several snowmobile clubs. He enjoyed snowmobiling and rode up until his last year, hunting, fishing, and enjoyed life.

He was predeceased by his parents and two sons, Michael and James.

In lieu of flowers, friends wishing may make donations in Edward’s memory to the Kennebec Valley Humane Society, 10 Pethaven Lane, Augusta, ME 04330.

Joy to the Ville GROWING YOUR BUSINESS: Brick and mortar retail ain’t dead yet
Scroll to top