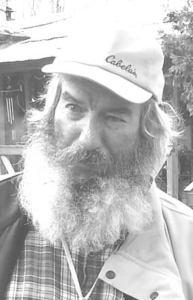 He was a very proud grandfather in the short time that he was. He was a hard worker and avid hunter.

He will be sadly missed by his wife of 33 years, Laureen “Laurie” Lalancette, of Albion; his daughter Kaitlyn, her husband Kevin, of Benton; two sons, Tyler, and fiancée Kasey, and their daughter Quinn, of Albion; and Ethan, of Albion, and girlfriend Morgan, of Benton; sisters Eva, Carol, and Patricia, and brother Stephen; many nieces, nephews and cousins. 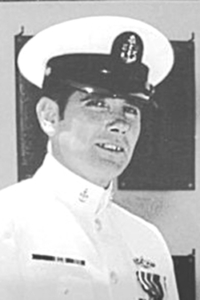 WINDSOR – Timothy L. Thompson, 69, died Tuesday, Aug. 27, 2019, at Maine Medical Center, Portland, following a brief illness. He was born in Lincoln on November 23, 1949, the son of the late Maurice and Glenys (Myrick) Thompson.

Tim was a graduate of Penobscot Valley High School and was a U.S. Navy veteran, serving for 20 years in the engineering department. He had been employed for several years at Bath Iron Works as a pipe fitter before medically retiring in 2001.

He had many hobbies including woodworking, hunting, fishing, fly tying, reading, and spending time with his family.

Tim was predeceased by his parents; and brothers Galen, Alton, and Donald, sisters Julia, Ruth, Janice, and Lorraine.

At his request, there will be no public visiting hours. A committal service will be held on Friday, September 13, at 10 a.m., in the Chapel at the Maine Veterans Memorial Cemetery, Mt. Vernon Rd., Augusta.

In lieu of flowers,donations can be made in Tim’s honor to: National Multiple Sclerosis Foundation, Maine Chapter 170, US Route One, Suite 200 Falmouth, ME 04105. 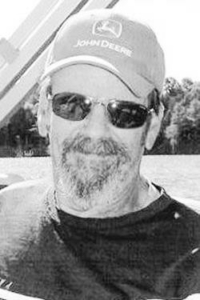 SIDNEY – Ronald P. Bisson, 67, passed away on Thursday, August 29, 2019, at Togus Springs Hospice Center, in Augusta, following a brief battle with cancer. He was born August 25, 1952, in Waterville, the son of Perley A. and Jeannette E. (Cloutier) Bisson.

Ronald graduated from Waterville High School, class of 1971. Following graduation he served in the United States Air Force during the Vietnam War era. After serving almost eight years in the Air Force, Ron separated from the Air Force and moved back to Maine. This is where he met what would be his future wife, Rachel, who would be the love of his life for the next 40 years. They were married December 5, 1980, after a one year courtship.

Ron was a member of VFW Post #1285, of Waterville. He loved the outdoors and was an avid hunter and fisherman. He loved puttering in his garage and keeping his yard beautiful.

Services will be held at Notre Dame Church at 116 Silver St., in Waterville, on Monday, September 16, at 11a.m. A reception with refreshments will be held in the church hall immediately after the service. Interment will be held at a later date at the VA cemetery in Augusta.

In lieu of flowers gifts can be made in Ron’s memory to: St. Jude Children’s Research Hospital. 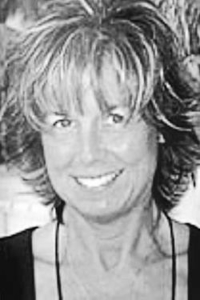 Sandy was a 1987 graduate of Cony High School, in Augusta, and earned her associates degree in information technology from Mid-State College. She had been employed by the state of Maine for 31 years, most recently by OIT.

Sandy is survived by her husband of 17 years, Dana S. Saunders, of Vassalboro; two daughters, Randi Shibles and husband Waylon, of Winterport, and Riley Chase, of Fairfield; her brother, Dennis H. Perry and his wife Christine, of Augusta; four grandchildren; and several nieces and cousins.

In lieu of flowers, donations may be made in memory of Sandy to: ASPCA (www.aspca.org).

She had many customers at the Big Apple who will miss her as will her family members.

Donna is survived by one son, Robert L. Robinson; father, Prescott Robinson; 2 grandsons, Gavin and Hayden; siblings, Pecky, Robin, and Bob. She was predeceased by her brother, Lawrence.

Arrangements under the direction and care of Dan &I Scott’s Cremation & Funeral Service, 445 Waterville Road, Skowhegan, ME 04976. 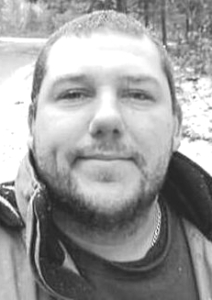 Seth was an amazing man and father. He loved his children more than anything. He loved camping, fishing, pretty much anything outdoors. He loved music and being around his friends and family. Seth made many friends from all over.

He was predeceased by his father, Richard J. LaBreck; and grandfather, Lionel. J. Morrissette. 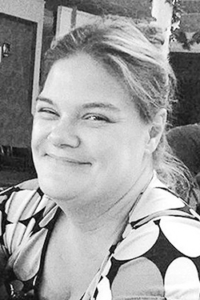 WINSLOW – Jennifer Nicole Hood, 38, passed away Sunday, September 1, 2019, the result of a horrific car accident in Windsor. Jennifer was born in Waterville on February 21, 1981, the daughter of Lisa Hood and the late Daniel S. Hood, of Winslow.

Jennifer attended school in Winslow and graduated in 2000 from Winslow High School. Following graduation, Jennifer worked as a CNA off and on throughout her life. She always enjoyed helping others and would do anything you would ask of her. She was a very caring and loving person. She was very family oriented and loved being around her family. She was a good mother and loved being with her kids. She enjoyed camping and fishing and family functions.

Jennifer was predeceased by her father Daniel S. Hood, and her grandfather William J. Annis, both of Winslow.

Jennifer is survived by her four children, Cameron (13), Quinton (11) Cheney, both of Augusta, and Abel (4), Jocelyn (10 months) LaBreck, both of Winslow; her mom Lisa (Annis) Hood and her fiancé Richard Grandmaison, of Winslow; grandmother Jane M. Annis, of Winslow; three brothers Daniel R. Hood and his wife Cori and their three children, of Waterville, Dylan S. Hood his wife Kiera and there two children, of Madison, Derek W. Hood and his fiancée Elisa Townsend, of Richmond; two step-brothers Charles Rice, of Oakland, and Vernal Hood, of Liberty; uncle William Annis and his girlfriend Sandy Rogers, of Benton; cousins David Annis and his wife Lori, of Worcester, Massachusetts, Jason and Mathew Annis, of Fairfield; many aunts and uncles.

A celebration of life will be Saturday September 28, at 2 p.m., at the Fairfield Legion, in Fairfield.

In lieu of flowers donations can be made for the children in the care of Lisa Hood. 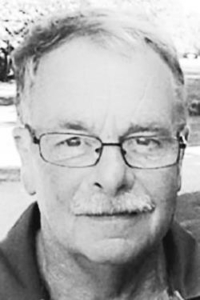 WHITEFIELD – Timothy Wayne “Tin Cup” Cuthbertson, 66, of Whitefield died unexpectedly, Tuesday, September 3, 2019, at the Alfond Center for Health, in Augusta. He was born December 3, 1952, in Augusta.

He graduated from Erskine Academy, in South China, in 1971. He was enlisted into the Maine National Guard for six years.

Tim was employed for Cives Steel, in Augusta, for 34 years and was currently employed by Specialty Products, in Whitefield. No matter the challenge, Tim was a fierce competitor. He was a member at Natanis Golf Course, in Vassalboro, since the mid-‘70s. He played skins games and men’s leagues multiple days a week and would typically finish the round with a beer and occasional poker game. No matter the outcome of the golf round or poker match, Tim was always the instigator. He also loved hunting and fishing and was a member of the “Biggest Buck in Maine Club.” His garage contains lifetime of trophies and accolades, specifically his impressive collection of deer mounts.

Condolences may be expressed at www.funeralalternatives.net

In lieu of flowers, please make donations to the American Heart Association. 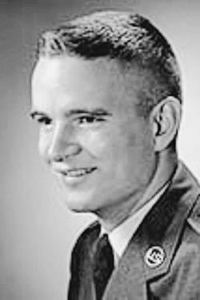 FAIRFIELD – Stephen William Hughes, 77, passed away at home on Wednesday, September 4, 2019. “Steve,” first of twins, was born in Worcester, Massa­chusetts, on November 27, 1941, to parents Marion B. (Marsh) and William Hughes.

He graduated from Northbridge High School in 1959.

Steve joined the Air Force and while stationed in California met his wife, Sandy. Steve was the patriarch of a very proud military family, which had members in the Air Force, Army, and Navy. After his time in the Armed Forces, he entered the medical field. Steve worked as an orderly on an oncology unit before becoming a nurse and working in state hospitals as well as a California Prison.

Steve was preceded in death by his parents; brother Richard Clark and sister-in-law, Muriel Hughes.

In lieu of flowers, the family would prefer donations be made to: Grace Bible Church, of Oakland.