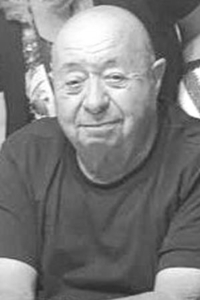 DADE CITY, Fla. — Philip E. Starbird Sr. (formerly of Clinton), 87, passed away peacefully on Tuesday, September 10, 2019, at the James A. Haley Veterans’ Hospital, in Tampa, Florida, following a courageous battle with cancer. He was born on July 27, 1932, in Burnham, the son of Earl and Florence (Chamberlain) Starbird Griffeth.

He enlisted and proudly served four years in the United States Air Force during the Korean Conflict. He was a 50-year plus member of Sebasticook Lodge #146 A.F. & A.M., in Clinton. He was a member and past treasurer of the Local #320 Millwrights-Carpenters Union.

He was quick witted, a jokester, and always enjoyed a good game of cards or Dominoes with his family and friends. He will be remembered for his positive attitude and great big smile.

He was predeceased by his parents; his first wife Verna (Ketch) Starbird; and his sister,Phyllis Bickford.

A graveside service with full military honors and a masonic service will be held at the Maine Veterans Memorial Cemetery, Civic Center Drive, 143 Blue Star Avenue, Augusta, Maine, in Section K, at 2 p.m. on Friday, October 18, with the Rev. Scott Jones officiating. 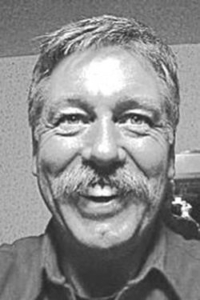 He grew up in Waltham, Massachusetts, and graduated Waltham High School, class of 1964, then received an associate degree in computers from University of Maine Augusta. Retiring as a computer programmer from the State of Maine, Dept. of Environmental Protection. He served in the U.S. Army from 1966 through 1971. He married the love of his life, Jeanne (D’Italia) Shaw on August 25, 1979.

He and Jeanne spent their vacations and their honeymoon here and fell in love with Maine. They found the community of Whitefield and settled.

Following the move to Whitefield he became a member of the Kings Mills Volunteer Fire Department and was involved in the Whitefield historical society, the local Boy Scout troop, the church’s Knights of Columbus and the Disabled American Veterans. His favorite group that he had been involved with is the Whitefield Men, as great a group of men as you could meet.

He leaves his son Christopher, his wife Stacy; grandsons Michael, Christopher, and Robert, of Readfield; son Eric and his wife Bethany, of Augusta, and son Daniel and his wife Jessica; granddaughter Emily, of Lincoln Nebraska, and son Ian, of Whitefield; sister Margaret Doheny, of Jefferson; a brother Robert Shaw, of Whitefield, and a brother Steven Shaw, of Lakeland Florida, Uncle James Childs, of Writtle, England, and many nieces, nephews and cousins; and mother-in-law Anna D’Italia (102 years old).

A remembrance service will be held at the Kings Mills Union Hall, Townhouse Road, Whitefield, on Sunday, Sunday, October 13, 2 – 5 p.m. 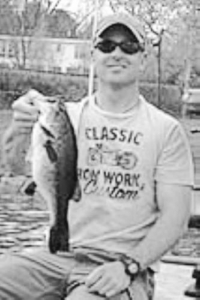 CLINTON — Joseph Anthony Fusco III, 55, passed away on Tuesday, September 10, 2019, following a courageous battle against cancer. He was born January 25, 1964, in Leominster, Massachusetts, to Joseph and Marion Fusco.

That is where he attended school until he joined the U.S. Army in 1982. Joe served six and a half years until he left and followed other paths. Joe was a man of many talents; but he truly found his way after 9/11 and decided to return to the army. He had his heart set on volunteering for deployment and did just that by going to Afghanistan in 2013 with the 133rd Engineer Battalion. He fulfilled his 22-year commitment to the U.S. Army in 2016 and retired after serving many years with the 11th CST, in Waterville, where he recalls some of his best memories.

On April 22, 2016, he married the absolute love of his life, Jessica, after having her by his side for nine years prior to that. He would often joke third time was the charm. Throughout this fight she never left his side.

Anyone who had the opportunity to know Joe knew him for a couple things, one of those being his obsession with fishing. The man saw any body of water and his immediate thought was what he could catch out of it. If he could be on the water he was in his happy place. From catching Stripers on the Kennebec to fishing for Halibut in Alaska, he always found the fish. If you couldn’t find him fishing, you’d most likely find him perfecting his golf swing.

Secondly, that sense of humor! Joe had this unbelievable ability to make anyone laugh. He made the best of every situation and knew laughter cured all. Don’t take life so seriously, it’s too short.

He had an unquestionable love for his family and friends. Joe had an acceptance of everyone and absolute refusal to judge or dismiss anyone. His smile could light up a room. He will be greatly missed by many.

Joe was preceded in death by his parents, Joseph and Marion Fusco; as well as his brother, Anthony Fusco.

Joey will always be remembered and is survived by his wife, Jessica; his sister Tina Gonsalves and husband Phil; his two sons, Jamie Miner and Travis Fusco, daughter Charity Fusco; along with many others including several grandchildren; many, many family and friends.

She was predeceased by her parents; a sister, Nancy McLellan; and son-in-law, Barry Crabbe. 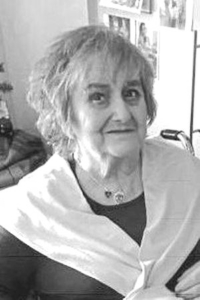 Carol attended Portsmouth, New Hampshire, area schools, before attending nursing school, where she became a licensed practical nurse (LPN). She worked at Waterville area nursing homes and the Waterville Osteopathic Hospital (now known as Inland Hospital) from the late ‘60s to early ‘80s while helping her husband at the time, Michael Tulley, raise their four children.

She loved to craft, almost as much as nursing. So, after retirement she and her husband, Lionel Trask, joined the crafting circuit. She was known as the “soap lady” of Mrs. T’s Soaps. She loved attending area craft fairs selling her soaps, wash cloths, and scrubbies. She also loved hosting the monthly knitting club at Seton Village. Her latest favorite pastime was creating beautiful pictures from her adult coloring books and would love to share them with friends, family, and her Mount St. Joseph family. Family and friends were Carol’s passion and delight.

Carol requested for an intimate burial not far from her home.

In lieu of flowers, contributions may be sent to the Waterville Humane Society. 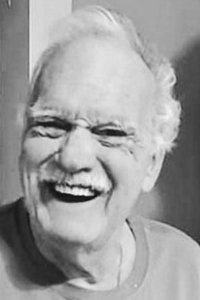 He attended the schools of Fairfield and was employed his entire adult life as a mill worker. He was a member of the Elks Club.

Joseph was predeceased by his parents; and two sons, Kenny Bishop and Michael Ricker.

A celebration of life will be held at a later date at the convenience of the family. 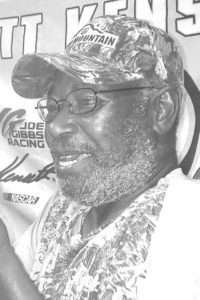 After the birth of his first son, Albert Jr., he moved to Maine to raise his family. After working until the age of 55, he was forced to stop due to health problems. Albert loved spending time with his grandchildren. He was an avid fisherman and you could always find him watching NASCAR and football on the weekends. He was a very generous man and would do anything he could to help someone out.

At the request of family there will be funeral or visitation hours. 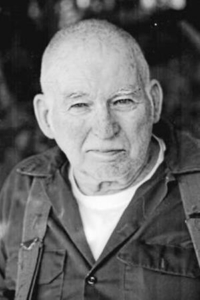 Odber graduated from Solon High School in the class of 1949, and from Western National School of Heavy Equipment, in Weiser, Idaho, in 1958.

He worked for Scott Paper Company, in Bingham, as a heavy equipment mechanic for over 30 years.

A farmer at heart, Odber could repair anything, was very kind, and a man of few words. He always did what he felt was right, no matter the cost to himself. He was a loving husband, father, grandfather and great-grandfather.

Children were very dear to his heart. Odber spent much time volunteering as the church bus driver at United Baptist Church of Madison, as well as helping with various projects at Canaan Christian School, where his children attended.

Odber was predeceased by his parents; his son, Evander E. Andrews, his sister, Dassie Jackson, and his brother-in-law, Jerome Hewett. 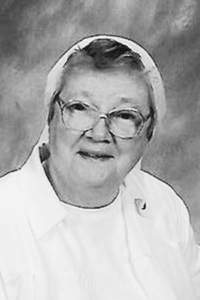 BANGOR — Sr. Elizabeth Madden SSS died at Eastern Maine Medical, in Bangor, on Monday September 16, 2019, following a cardiac arrest. She was born on September 21, 1932, in Morgantown, West Virginia, the eleventh of twelve children, the daughter of Martin and Mary Love Madden.

Her family moved to Cleveland, Ohio, when she was a child and graduated from The Ursuline Academy of the Sacred Heart, in Cleveland.

Sister Elizabeth entered the Servants of the Blessed Sacrament, in Waterville, and made her first vows on November 21, 1954. She served the Congregation in Waterville; Hammond, Indiana; Pueblo, Colorado; and Colombo, Sri Lanka. She filled various positions as superior, treasurer, councilor and director of adoration programs, however, Sister specialized in Liturgy and spiritual direction. Returning to Waterville in 1997, she spearheaded adoration programs in Saco and Lewiston.

She will be dearly missed by her family, especially Mr. Michael Madden, of St. Louis, Missouri, and William Madden, of Chapel Hill, North Carolina; numerous nieces and nephews; and by her community and friends.

Funeral arrangements were under the care and direction of Veilleux Funeral Home, www.veilleuxfuneralhome.com.