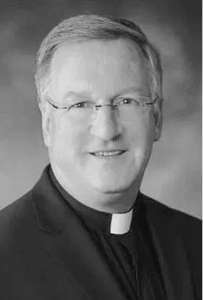 AUGUSTA – Rev. John R. Skehan, 66, Pastor of St. Michael Parish, passed away unexpectedly on Wednesday, August 31, 2022, at the home of friends in Gray. Born in Bangor on February 15, 1956, the son of the late John and Patricia (Theriault) Skehan.

Fr. John grew up in Bath and Hampden. He graduated from Hampden Academy, in 1974, and received his bachelor’s degree in biology from Bowdoin College, in Brunswick, in 1978.

Prior to entering seminary, Fr. John followed in his dad’s footsteps and became an educator. He was the educational coordinator for “Up with People” and a junior high science teacher, in Oakland. In addition to his teaching duties, he was also involved in coaching various sports.

Fr. John completed his clerical studies at the Theological College at Catholic University, in Washington, D.C., and was ordained to the priesthood by Bishop Edward C. O’Leary on May 24, 1986, at St. Matthew’s Church, in Hampden. His first assignment was serving as parochial vicar at Notre Dame Parish, in Waterville, including campus ministry at Colby College and Unity College.

In the late 1980s, Fr. John was appointed chaplain of Maine Medical Center, in Portland, where he would serve until being named pastor of St. Mary of the Visitation Parish, in Houlton.

Following his time in Houlton, Fr. John was appointed as the director of the Office of Parish Planning for the Diocese of Portland. In the mid-2000s, he was named pastor of St. Michael Parish, in South Berwick, and Our Lady of Peace Parish, in Berwick. In addition to his duties in South Berwick and Berwick, Fr. John was appointed pastor of St. Christopher Parish, in York, and St. Raphael Parish, in Kittery. He also volunteered as the chaplain for the Berwick Fire Dept.

After leaving York County, Fr. John was named pastor of the Parish of the Transfiguration of the Lord, Stella Maris Parish, and St. Joseph Parish, in Hancock County. In 2018, Fr. John was named pastor of St. Michael Parish, in Augusta, which also serves the communities of Winthrop, Gardiner, Hallowell, and Whitefield. Fr. John served the Catholic Communities of Maine with the core values expected of any priest: he was kind, thoughtful, compassionate, and above all, he had an innate desire to be in service of God and others.

Fr. John was the epitome of a caring and kind priest who went above and beyond to help in any way he could. He will be deeply missed by his family, the entire Diocese of Portland and the parishioners of the communities he served.

Fr. John lived life to the fullest. He traveled all over the world with “Up with People” and continued those travels throughout his life. His most recent trip was bringing together a group of parishioners on a pilgrimage to The Holy Land. He loved Theriault Family reunions, music, cooking, sports, and making home repairs and renovations. He loved musical theater and had season tickets for many years to the MSMT, in Brunswick, as well as the Ogunquit Playhouse. His sense of humor and optimism were contagious to all who knew him. He would be your friend for life.

Fr. John was predeceased by his parents John and Patricia; and his brother, William E. Skehan.

He is survived by his sister, Mary E. Skehan, of Topsham; brother, Robert A. Skehan and his wife, Michelle, of Vassalboro; and nephew, Conor Skehan; aunts Phyllis Theriault, of Portland, Dorothy Theriault, of Scarborough, and Joan Theriault, of Bangor; as well as many extended family members and friends.

A concelebrated Mass of Christian Burial was celebrated on Monday, September 5, at St. Augustine Church, with The Most Rev. Robert P. Deeley, J.C.D., as Principal Celebrant. Msgr. Paul Stefanko will be the homilist.

Arrangements are under the direction of the Conroy-Tully Walker Funeral Home of Portland. To view Fr. John’s memorial page or to share an online condolence, please visit http://www.ConroyTullyWalker.com.

In lieu of flowers, memorial contributions may be made to St. Michael School, 56 Sewall St., Augusta, ME 04330.

James was hardworking and dedicated to his family. He would drop anything to help someone out. Even after he retired after years of hard labor, he worked at KVCAP, driving those in need. James inspired those around him to work hard and to live life to the fullest.

He had a great sense of humor and a joyous laugh that lit up the room. He loved children and had fun joking and playing with them.

His favorite times were spent at his family camp, the Moore family campground. He loved four-wheeling, sitting by the fire, fishing, hunting spotting deer and just being surrounded by his family.

A celebration of life will be held at 1 p.m. on Saturday, Sept. 24, at Pooler cemetery in Skowhegan, with reception to follow. 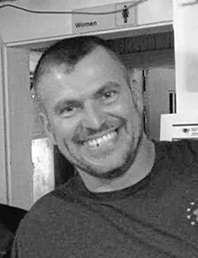 Vance served in the Persian Gulf Theater in 1991 where he proudly served his country. He was a self-employed roofer and the owner of G & G Roofing.

Vance was predeceased by his grandparents, Ivan and Evelyn Cayford, Wallace and Shirley Dubois and Lynn and Pauline Pressey; his uncle, Tim Dubois, and aunts, Susan Moffett and Linda Nivison.

Graveside services will be at the Maine Veterans Memorial Cemetery, Augusta, Friday, September 30, 2022, at 2 p.m. under the direction of Lawry Brothers.

A celebration of Life for Vance was held September 4, at the home of Vance and Karen Cayford.

Dolly was a member of the Whitefield Lions Club. She also had a passion for softball, fishing and hunting with her husband. Dolly was a founding member of the Chelsea Food bank where she loved to serve her community. She was a beloved member of Community Christian Fellowship and a blessing as a faithful Prayer Warrior for her pastor and her fellow congregants. She looked forward to each Sunday morning and her hug from her special friend, Hunter.

She was predeceased by her husband, Bernal L Lothrope; and her parents, Linwood and Thelma Jones.

A Celebration of Life will be held at Graceway Christian Fellowship, 5 Glenridge Dr., in Augusta, on Sunday, September 11, at 1 p.m.

Those who wish to express sympathy may consider a donation to the Whitefield Lions Club or the CARA softball fields, in Augusta. 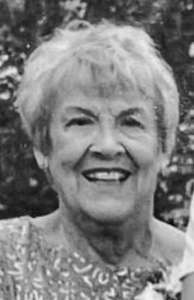 FAIRFIELD – Arline Berry Julia, 88, of Fairfield, died on Tuesday, August 30, 2022, following a short illness. Arline was born on July 24, 1934, in Pittsburgh, Pennsylvania, the daughter of O.K. and Ruby Berry.

She graduated from Darien High School in 1952 and Colby College, in Waterville, in 1956. While moving frequently during her early life because of her father’s position with the Kellogg Company, she lived the last 64 years in Fairfield as an active member of that community. She and her husband John owned and operated the family dairy farm for many years as well as the Julia Family Farm Market.

While first and foremost a devoted wife, mother, nana, auntie, and friend, Arline was a true modern renaissance woman. At various points in her life, she was an English teacher, artist, farmer (although she stopped short of milking cows), track coach, gardener, church deaconess, horse rider, snowmobiler, basketball rules aficionado (her explanation of the “moving screen violation” is family legend), board member, world traveler and tractor driver.

Arline served on the board of directors for the Maine Children’s Home for Little Wanderers and the Lawrence Public Library, and was active in the Waterville Women’s Club, Contemporary Club, Waterville Art Society, Red Hat Society, Maine General Auxiliary, Fairfield Interfaith Food Pantry and served as a Docent at the Colby College Museum of Art.

She was predeceased by her husband John A. Julia; her father OK Berry; mother Ruby Berry; and sisters Pauline Rowell and Marilynn Sewall.

Arrangements are in the care of Lawry Brothers Funeral Home, 107 Main St., Fairfield where memories may be shared, and an online register book signed by visiting http://www.lawrybrothers.com.

In lieu of flowers, donations may be made in Arline’s name to the Lawrence Public Library and the Fairfield Interfaith Food Pantry.