Theresa was a teacher in the Northwest territories of Canada for 25 years, starting in a one-room schoolhouse. She later taught for five years at Lawrence High School, in Fairfield. She then went on to work for the Lawrence Library, in Fairfield, and continued as a volunteer there after her retirement.

Theresa enjoyed painting, camping, canoeing, hiking, cooking and sewing and was a loving and devoted wife.

She was predeceased by her parents; and her two sisters, Lucille Roy and Jeanne Patrie.

An on-line guestbook may be signed and condolences expressed at www.gallantfh.com. 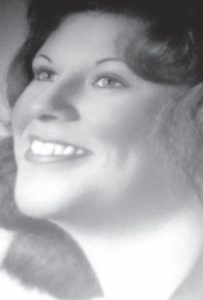 She was educated in the schools of Skowhegan and graduated from Skowhegan High School. In 1965, she married Franklin D. Bushey, in Skowhegan. Judith worked as a waitress all of her life; she began at Gene’s, then worked at 3G’s and worked many years at Ken’s Family Restaurant, all in Skowhegan. She enjoyed many Saturday nights at Unity Raceway where she cheered on David Folsom and her nephews Mitch and Mark. She had a huge love for animals.

She was predeceased by a brother, Ralph Gilcott.

Memorial donations may be made to the Somerset Human Society, PO Box 253, Skowhegan, ME 04976.

She attended Fairfield schools and graduated from Lawrence High School in 1958, following which she studied and became a successful beautician. Sandra worked for Evaneline’s Beauty Salon, in Waterville, then opened a salon which she operated for 20 years at the family home. She subsequently worked in the food service department of the Fairfield school system for another 30 years. A tireless worker, Sandra also operated Sandy’s Goodies from the family home, a licensed kitchen in which she prepared wonderful breads, whoopee pies, baked beans and many other delicious treats for her loyal customers.

On September 9, 1961, Sandra married Ernest J. Robinson and together they raised a strong, close-knit family at their home, on the Ohio Hill Road, in Fairfield. A devoted mother, Sandra dedicated much time to the activities of her five children, and later to those of her grandchildren, including teaching Sunday school and volunteering her time with Brownies, Girl Scouts, 4-H, sporting events and countless school field trips. She and Ernest instilled their love of the outdoors in their family, creating many special memories with them fishing, hunting, traveling and particularly spending time together at the family camp on Morrill Pond in Hartland. Sandra also enjoyed talking on the phone with her three sisters, baking, gardening, sewing, knitting and finding the next great bargain with Ernest at either Marden’s or at yard sales throughout Central Maine.

ALBION––Noah Ralph Blye passed away shortly after his birth on Sunday, October 29, 2017. He was the son of Richard and Hattie Blye, of Albion.

He was predeceased by his great-grandparents: Elaine Bushee, William Kimball, Richard P. Blye and David Kelley.

Memorial donations may be made to Maine Medical Center’s NICU in Portland.

WHITEFIELD––Eugene E. Broughton, 86, of Whitefield, passed away Monday, October 30, 2017, at MaineGeneral Medical Center, in Augusta. He was born on August 24, 1931, in Ashtabula, Ohio. He was the son of George and Ethel Broughton.

Eugene, known as “Gene,” was in the Navy for four years, and then worked at Union Carbide/Elkem metals where he retired after 40 years.

After retiring, he and his wife chose to manage the Village Green Park and Campground in North Kingsville, Ohio. He enjoyed 28 years at the campground, where he loved riding the golf cart around chatting with campers.

After retiring from the campground, he and his wife moved to Maine to live with his family. Eugene loved building houses and doing carpentry on the side. He traveled in the winter time to warmer places. He loved camping, fishing, and, of course, Fox News. He will always be remembered in his bib overalls and suspenders, even on the hottest of days.

She was predeceased by her lifelong partner David Pillsbury; her parents Harold (Tex) Perry Sr. and Jeanette (Campbell) Perry; and her sister Joan Dodge.

Survivors include her two daughters Michelle Perry, of Fairfield, and Kari Perry and her partner Rick Loisel, of Fairfield; her only grandson, Dustin; brothers Harold Perry Jr. and wife Ann, of Augusta, Richard Perry and wife Lori, of Florida, Robert Perry and Partner Rose, of Benton; sisters Alice Laforte and husband Carl, of Clinton, Kianna Page and her husband Nobert, of Clinton; several nieces, nephews, aunts, uncles and cousins.

Her mother died in childbirth leaving Carolyn and her brother Bill to be raised by their aunt and uncle, Caroline and Halton Grant. They lived in Brewer for a short time and then moved to Belgrade Lakes and then Oakland. Carolyn attended the “Old” Belgrade High School.

In 1944 Carolyn married the late Anthony Cocco, Sr. and moved to Everett, Massachusetts. In 1955 she moved back to Oakland and she married Stacy Trask in 1957. They celebrated their 40th anniversary before his death in 1998.

Carolyn worked at the Diamond Match, in Oakland and then Hathaway Shirt Company, in Waterville, for five years. She and Stacy ran Carolyn’s Lobster Spa, in Augusta, She then worked at the Cascade Woolen Mill, in Oakland, for 19 years until she retired in 1992. While there she participated in many committees and was the secretary of Local #122 for many years.

As anyone who knew Carolyn would know she was an avid Red Sox and Patriots. We learned early on not to call or visit when her teams were playing.

Carolyn was predeceased by her brother; both husbands; and her son-in-law, Marshall Roy.

In lieu of flowers, please donate to the Oakland Fire Department.

PALERMO––Paula Mae (Bickford) Norton, 57, died Sunday, November 5, 2017, at home in her sleep following an illness. She was born in Gardiner and grew up in Pittston.

Paula graduated from Gardiner High School and went on to earn an online degree in Nursing. She worked as a nurse for over 35 years and loved taking care of others . She was an avid crafter and enjoyed creating things.

Paula was predeceased by her mother, Winnifred (Bickford) Foster and sister, Eva Foster.

She is survived by her husband of 23 years, Richard Norton, of Palermo; her two children, Christean Norton and Christopher Norton; two grandchildren; her father John Foster, Sr.; her siblings, Tara Foster, John Foster Jr., Darrell Foster and wife Dawn. Paula had 11 nieces and nephews and many great-nieces and nephews.

An active Mason and Shriner, he was Past Master of Mount Vernon Lodge, of Malden, Massachusetts and was a member of the Aleppo Shrine, of Wilmington.

Bob worked for many years in electrical engineering and had several interesting jobs in his career. One retired, he moved to Maine and spent his days making new friends and enjoying his “little slice of heaven”. He enjoyed bowling, playing horseshoes and volunteering at the Owls Head Museum and Common Ground Fair.

He was predeceased by his parents Mary V. (Studley) Sullivan and William E. Sullivan, and two grandchildren.

Remembrances in his memory can be made to The Shriners Hospitals for Children, 51 Blossom St., Boston MA 02114.

MARY ELLEN OLIVER, 73, of Augusta, passed away on Thursday, October 12, 2017. Locally, she is survived by a son, Lee J. Poulin and wife Holly, of Fairfield, grandchildren Meghann Ellen Bolduc and husband Frank, of Albion, and Jacob Lee, of Fairfield; and great-grandchildren Lyla Hope and Gage Bolduc, of Albion.

If you could swallow a pill which allowed you to live forever, would you take it?