BINGHAM––Jacqueline B. Poulin, 69, died on Monday, August 8, 2016, following an amazingly courageous 12-year battle with cancer. She was born September 10, 1946, in Biddeford, to Wilfred and Gertrude (Bossie) Belanger.

When Jacquie was four, the family moved to Bingham, where she would remain for the rest of her years.

After many years of working in various mills and restaurants, Jacquie found her calling as an ed tech at the Norridgewock Central Grade School. Here, she would spend the next 26 years working with children, and enjoying every moment of it. During the summers, she would waitress at area restaurants and rafting companies.

Her style, grace, wisdom, strong faith, and sense of humor touched lives wherever she went. She will be missed by everyone whose life she touched.

She was predeceased by her parents; her husband of 51 years; her sister, Viola Easler; and her brother, Roland Belanger.

She is survived by her daughter, Lisa Blue(David Blue), of West Gardiner; sister, Pat Belanger (Glenn Davis), of Turner; sisters-in-law Ann Belanger, of Athens and Diane Theberge, of Skowhegan; and many nieces and nephews.

Memorial contributions may be made to: Christ the King Parish, (specify for St. Peter’s Church), P.O. Box 369, Skowhegan ME 04976.

FAIRFIELD – Carl Cilley 70, of Fairfield, passed away August 11, 20016, at Maine General Medical Center, in Au­gusta.  He was born October 5, 1945, in Portland, to Veleria Cilley and Carl Elegrona. 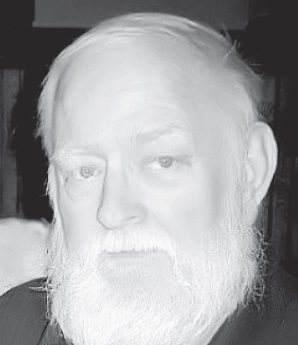 He was raised in Waterville in the neighborhood of Trigger Hill off College Avenue where he made many lifelong friends.

Carl was a truck driver all his life, many of those as an owner operator.  He could still tell you all the best places to eat all over the country.  He also loved to tell friends and family members the best routes to get to their destinations.  He loved to cook and he enjoyed fishing, hunting, ice fishing, and snowmobiling in his younger years. Carl loved his family and was sure that his grandchildren and great-grandchildren were the smartest, most talented, and most attractive of all.

Carl was predeceased by his parents and step-father, Basil Higgins, his in-laws, Charles and Marie Ramsdell.

To share a memory with Mrs. Starrett’s family, please visit her Book of Memories at www.bchfh.com.

SIDNEY – David N. Graham, 68, passed away Thursday evening, August 11, 2016 at Maine General Medical Center in Augusta after a period of declining health. He was born March 18, 1948, in Waterville, the son of Norman B. and Geraldine F. (Douglas) Graham. 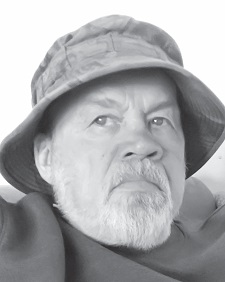 He attended Waterville schools. Throughout his life, David was employed by various mills and factories. He also worked as a self-employed house painter. David’s real passion in life was fishing. Whenever he was able, he could be found fishing the lakes, rivers, and streams of Maine. Fishing was never better for David than when his sons, and later, his grandson, tagged along. He loved to show off his casting skills and knowledge of fishing tackle. He always had a fish story to tell.

JEFFERSON––Gervaise “Gerv” D. Baston, 85, of Jefferson, passed away on Friday, August 12, 2016, at St. Andrews Village in Boothbay Harbor. Gervaise was born June 10, 1930,  to Jervis and Muriel Colfer of Hallowell.

She attended Cony High School in Augusta, and worked for 37 years at Sylvania in Waldoboro. She married Bernard “Hap” Baston, Sr., in January of 1948. They built their home in Jefferson, where she used her carpentry skills, taught to her by her father, to do all of the woodwork. She was married to Hap for over 50 years before he passed away in April of 2000.

She spent a few winters in South Carolina after losing her husband, but the one place she always wanted to be was at her home in Jefferson where she had so many memories. She loved gardening and took great pride in her flowers and her home grown vegetables. She would spend hours in the garden pulling weeds and tending to her flowers. She enjoyed reading, making crafts, and watching the birds at her feeders.

She was predeceased by her parents; her husband “Hap”; and two sisters, Mary Mitchell and Beryl Berry.

Condolences and messages for the family may be expressed by visiting: www.StrongHancock.com.

WINSLOW––Joan B. Drake, 78, of Winslow, died on Friday, August 12, 2016, at MaineGeneral Hospital, in Augusta. Joan was born on February 16, 1938, in Thompsonville, Connecticut, the daughter of Thomas G. and Victoria E. (Skowrensky) Bodley.

She graduated from the American International College with a bachelor of art and was a church pianist and organist in Enfield, Connecticut, where she met and married Raymond H. Drake, with whom she shared 56 years of marriage.

After living in Enfield, Connecticut, for five years, they moved to Winslow. While raising a family, Joan also pursued teaching first grade students, and then took on the role of music and piano teacher for many years, as well as manager for their home business, Drake’s Sewing Machines.

She enjoyed her family, and loved gatherings with all her family and friends, reading, music, piano and organ playing, teaching music, and relaxing at their camp in Solan.

She was predeceased by her parents; and sister, Thomasine B. Connelly.

A memorial service will be held at Kennebec Valley Baptist Church, 91 Marston Road, Oakland, on August 27, 2016, at 2 p.m., followed by a fellowship dinner.

Memorial donations may be made to the K.V.B.C. Music Program, c/o Kennebec Valley Baptist Church.

He attended Messalonskee High School and was employed by Colonial Distributors, Harris Baking Company, and Pine State. He enjoyed four-wheeling and fishing.

He was predeceased by his grandparents.

A graveside service will be held on Saturday, August 27, 2016, at 10 a.m. at Tozier Cemetery, Green Road, Fairfield Center, with Alan Imes officiating.

Arrangements are under the direction and care of Dan & Scott’s Cremation & Funeral Service, 445 Waterville Road, Skowhegan.

Memorial donations may be made to Lorrie Pelotte, 262 Green Road, Fairfield ME 04937.

DORAN R. HALLETT, 79, of Jonesport, passed away on Sunday, July 24, 2016, in Itasca, Illinois. Locally, he is survived by a brother, Stanley Hallett and wife Norma, of Windsor.

TREVISON C. HARDING JR., 43, of Oromocto, New Brunswick Canada, on Saturday, August 6, 2016, in Oromocto. He was a 1991 graduate of Lawrence High School, in Fairfield. Locally, he is survived by aunts Michelle Carter, of Winslow, and Debra Hebert, of Waterville.

RAE LIBBY HUTCHINSON, 88, of Falmouth, passed away on Wednesday, August 10, 2016, following a 14-month period of declining health. Locally, she is survived by a daughter, Gail Conley and husband Steve, of Whitefield.

ROLAND N. BERNIER, 85, of Augusta, passed away on Thursday, August 11, 2016, at the Augusta Center for Health and Rehabilitation. Locally, he is survived by a daughter, Tina M. Esterline and husband William, of Winslow.

GWENDOLYN S. CHASE, 97, of Skowhegan, passed away on Friday, August 12, 2016, at Cedar Ridge Nursing Home, in Skowhegan. Locally, she is survived by a daughter, Elizabeth Allen and husband Jerome, of Winslow.

JAMES E. VERNEY, 68, of Sheepscot, passed away on Friday, August 12, 2016, following a long battle with liver disease. Locally, he is survived by grandchildren, Brent Verney and partner Kristina and their daughter Willow, of Jefferson; Kelsey Verney and partner Justin, and their son Cooper, of South China.

MARION W. CAMMARO, 91, of Waterville, passed away on Sunday, August 14, 2016, at Mt. Saint Joseph Nursing Facility, in Waterville. Locally, she is survived by a daughter, Wilma Lombardi, of Winslow.

BERTRAND F. POULIN, 96, of Winthrop, passed away on Sunday, August 14, 2016, at his home. Locally, he is survived by daughters Dale Albert and husband Daniel, of Albion, and Gale Light and husband Mike, of Jefferson.