OAKLAND––Charlene Eva Scott Mathieu, 86, of Hobe Sound, Florida, and Oakland, passed away Saturday, July 2, 2016. Charlene was born in Wytopitlock on January 11, 1930, the daughter of Walter and Eva Scott.

She graduated from Clinton High School in 1948, and the Sisters School of nursing in 1951. She spent the next 37 years working in her chosen profession before retiring in 1988.

In 1951 she married,Roger Mathieu. Charlene and Roger were married for 57 years until his passing in 2008. Their married life was filled with many happy years, sharing their love of dancing, skiing, travel, playing cards and socializing with friends and family. After retirement they greatly enjoyed spending winters in Florida and summers in Maine.

Charlene was a very loving and caring person, and was always there to help family and friends. She was a great storyteller, had a wonderful sense of humor, a hearty and infectious laugh, and always had a twinkle in her eye. She was zestful, enjoyed life, and was delightful to be around.

She was predeceased by her nephew, Kevin Scott.

Memorial services will be held on August 8 at 11 a.m. at Notre Dame Church on Silver Street in Waterville, followed by a burial at St. Francis Cemetery. A celebration of life will be held afterwards at the Mathieu residence on Messalonskee Lake in Oakland.

JEFFERSON––Kathleen “Kathy” Waltz, 77, of Jefferson, passed away at home on Wednesday, July 13, 2016, following a lengthy illness. The youngest of eight children, Kathy was born on September 25, 1938, in Jefferson, a daughter of Lydia Sprague and Albert Weaver.

She attended local schools and proudly earned her GED later in life.

Her hobbies and interests were many. She enjoyed collecting knick-knacks, crafting, decorating for the holidays, baking and coffee and conversations with friends and relatives. The pure enjoyment of eating her minced deer meat pie and fudge will be longed for by many.

Kathy especially delighted in spending time with friends and family. She enjoyed traveling to Maui, playing cribbage and other card games, and numerous long chats with her close friend, Donna Williams. Kathy had an open and welcoming door to all, but an even larger open and welcoming heart to so many.

Condolences and messages for the family may be expressed by visiting www.StrongHancock. com.

Tim grew up in Augusta and attended local schools. After school Tim went to work for a family-owned taxi company, Romeo’s Taxi. Tim went on to open his own automotive business at his home in Jefferson for many years. Tim also worked as a security officer of which he was very proud.

Tim was predeceased by his parents, Romeo and Vivian Quirion; and siblings, Bruce, Shelia, Badelia, and Daniel Quirion. 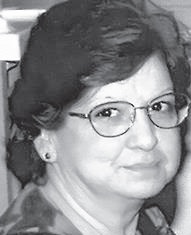 She attended Waterville area schools and graduated from Lawrence High School in 1974. On June 16, 2001, she married Danny Hann at the Shawmut Chapel. Sandra was employed as a scheduler and medical technician at Mount St. Joseph’s, in Waterville.

Sandra was a member of the Shawmut Chapel, enjoyed hunting, fishing, and sewing, but most of all spending time with her family and husband.

She was predeceased by her mother, Mavice B. King; foster parents, Lindley and Celia Littlefield; and brother, Billy Goodale.

Memorial donations may be made to MaineGeneral Health Office of Philanthropy, PO Box 828, Waterville, ME 04901.

CHARLES B. ANDREWS, 59, of Augusta, passed away on Monday, May 23, 2016, at Gray Birch Nursing Home, in Augusta, due to complications from diabetes. Locally, she is survived a a niece, Kristen Andrews, of Jefferson.

WALTER W. HILTON, 67, passed away unexpectedly on Monday, June 20, 2016. Locally, he is survived by a daughter Heidi Clark and husband Jigger, of Jefferson; and brother Michael McLoon and wife Peggy, of Jefferson.

BARBARA L. YORK, 53, of Waterville passed away unexpectedly on Thursday, June 30, 2016. Locally, she is survived by her daughter, Tisha York and partner Jacob Oyler, of South China; and sister Cathy M. Nguyen, of Winslow.

LENORE V. GALLAGHER, 95, of Augusta, passed away on Sunday, July 3, 2016, at her daughter’s home. Locally, she is survived by her daughter, Bonnie Mainville, of Coopers Mills, sons David Gallagher, of Whitefield, and Earl Gallagher and wife Debbie, of Somerville.

RAYMOND A. RAWLEY, 84, of Rockport, passed away at the Sussman House on the Pen Bay Campus, in Rockport, on Sunday, July 3, 2016. Locally, he is survived by a son, Timothy Rawley and wife Lynn, of Washington; granddaughter Amy Rife and husband James, of Jefferson; and sister Dot Means and husband Charlie, of Winslow.

JEANNETTE BEAUDOIN, 97, of Augusta, passed away on Wednesday, July 6, 2016, at MaineGeneral Rehabilitation and Nursing Care Center at Glenridge, following an extended illness. Locally, she is survived by a step-daughter Lucille Suitter, of Palermo.

ROBERT L. BOWMAN, 80, of Mount Vernon, passed away on Thursday, July 7, 2016, at Alfond Center for Health, in Augusta. Locally, he is survived by a daughter Cindy Beach and husband Howard, of Vassalboro; and a sister, Donna Bowman, of Fairfield.

EDWIN R. LIBBY JR., 73, of Wiscasset, passed away on Sunday, July 17, 2016, at a Portland hospital following a period of ill health. Locally, he is survived by a sister, Jaye Libby and husband Bill Staples, of Waterville.

LORRAINE R. SIROIS, 86, of Waterville, died on Sunday, July 24, 2016, at Woodlands Assisted Living Center, in Waterville. Locally, she is survived by her children, James R. Sirois, of Sidney, Linda Bouchard and husband Leo, of Oakland, Stephanie Reardon and husband Korey, of Benton, Danielle Buebank and husband Dan, of Belgrade, and James Sirois and wife Cassey, of Winslow.