VASSALBORO––Linda M. Francis, 60, died Friday, Nov­ember 11, 2016, following an unexpected illness. She was born February 28, 1956, to Henry James Sr. and Georgiette Noella (Smedberg) Francis. She came from a family of 13, being one of the eldest siblings; she helped to raise her brothers and sisters. This is just one of many aspects that helped to mold her into the caring, loving person that she was. 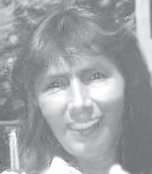 She was an avid animal lover; she spent years helping abandoned, abused, and neglected animals. Linda was a member of the Wagmatcook First Nation, located in Cape Breton Island, Nova Scotia. She was a very proud and strong Native American woman, belonging to the Mi’kmaq tribe.

Linda loved being a mother and grandmother; she was very loving, protective and nurturing. She was an amazing cook and loved to have big dinners, surrounding herself with her family and friends, as she was a second mom to many. She will be missed by all those who have been blessed to have known her, and thought of daily.

Linda and William met at the young age of 16 and fell in love. Together, they had three wonderful children.

She was predeceased by her parents, Henry and Georgiette Francis; mother-in-law Louella Jane Spaulding; and brothers-in-law Timmy Spaulding and Roy Spaulding.

Arrangements are under the direction and care of Dan & Scott’s Cremation & Funeral Service, 445 Waterville Rd., Skowhegan.

Memorial donations may be made to a Humane Society of your choice. 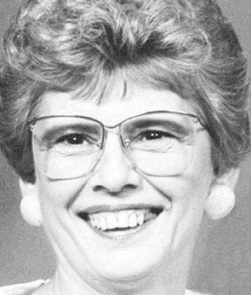 She spent all of her life in the Winslow/Waterville area. She attended Notre Dame Parochial School, and Waterville Junior High School.

On November 26, 1953, she married Terence “Terry” Hallee, at Notre Dame Catholic Church, on Water Street, in Waterville at 7 a.m., on Thanksgiving Day.

A Mass of Christian burial will be held at a later date at the convenience of the family.

Memorial donations may be made to St. John the Baptist Catholic School, 15 South Garand St., Winslow, ME 04901 or Sisters Servants of the Blessed Sacrament, 101 Silver St., Waterville, ME 04901.

WINSLOW –– Rachael J. Goodwin, 98, of Winslow, passed away Sunday, November 13, 2016, at Inland Hospital, in Waterville, following a brief illness. Rachael was born February 28, 1918, in Madison, the daughter of Edward and Grace (Ouellette) Mathieu.

She was educated in the local schools and graduated from Winslow High School, class of 1936.

Rachael was a communicant of Saint Sebastian Catholic Church, in Madison, and a member of the Daughters of Isabella.

For a time, Rachael worked as an instructional aide at the Weston Avenue school in Madison.

Rachael had a real zest for life, which was evident in her determination, tenacity and boundless energy. She loved to bake, knit and play bingo, where she made many good friends.

In addition to her husband, Rachael was predeceased by her parents; brothers, Lawrence Mathieu and Francis Mathieu; and sisters, Bernadette Daigle and Jeanette Spenard.

HAROLD RINGUETTE SR., 69, of Saint Cloud, Florida, passed away on Saturday, October 15, 2016, at the Saint Cloud Hospital, following a brief illness. Locally, he is survived by his children, Lisa Pullen and husband Kevin, of Winslow, Jonathan Cote and wife Cheryl, of Vassalboro, Harold Ringuette Jr. and partner Tara Fecteau, of Vassalboro; sister Meta Vigue, and Sylvia Pressey and husband Robert, all of Winslow; aunt, Mary King, of Waterville.