REVIEW POTPOURRI: A Recording and a Movie

Charlie Barnet (1913-1991) was a very gifted saxophonist who perhaps achieved greater fame for his band’s vibrant, tasteful music making, so characteristic of every record I have heard. These two selections are typical and can be heard on Youtube.

He was heavily influenced by Duke Ellington, which helps to account a bit for the quality control of his arrangements. He also hired only the best people and featured Lena Horne and trumpeter Roy Eldridge as regular attractions for several years, while commissioning arrangements from Billy May. Finally he was so successful that he could afford beautiful homes in San Diego and Palm Springs and he was married 11 times.

In closing, a quote from his auto-biography about the frequent tours  of the band- “I found life on the road very intriguing. I probably was more enthralled with the life than the music – at first.” 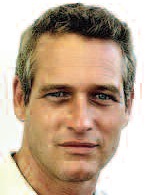 I remember vividly reading the novel by Donn Pearce, based on his own experiences on a chain gang, a strangely different experience from finally seeing the film two years later – ironic, since Pearce did work on the script. I think the reason may have been the lack of Strother Martin as the diabolically sadistic Captain and Morgan Woodward wearing the mirror sunglasses and never saying anything in his own role as the very formidable shotgun- carrying, walking Boss Godfrey.  (Interesting­ly, Woodward, who looked years older than Newman in the film, is still living at 90, nine months younger than Newman would have been.).

Of course, I loved Paul Newman’s sly Luke  Jackson and his incorrigibly rebellious stoicism that brings on beatings and other punishments from the guards and inmates but his finest moment is, having escaped yet again, being cornered in the church when he experiences a true spiritual epiphany with God. Jo Van Fleet does a heart-breaking moment as Luke’s dying mother clutching the cigarette as though it were a true lifeline, unlike her terrifying performance as James Dean’s mother in 1953’s East of Eden. George Kennedy, Luke Askew, Ralph Waite, J.D. Cannon and several others more than held their own.

The film was shot in the San Joaquin Valley in California and a crew thoroughly researched actual prison camp buildings in Florida before constructing the movie sets.

The most famous line, “What we have here is failure to communicate!,” was voted one of the 100 most famous movie quotes by the American Film Institute. Finally, fans of the film should check out a Youtube audio of the late Tim Wilson’s spoof of Strother Martin’s Captain.