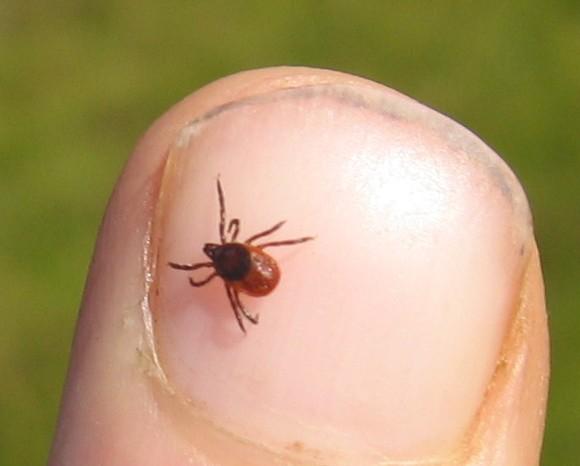 A popular subject of discussion this summer has been the proliferation of the tick population in our area over the last several years. Myself, I have had three ticks on me so far this summer, and I take all the precautions I think I could. One of them, I have no idea how it attached itself to me. A second one was found after working in my garden, while the third was noticed shortly after I had been picking black raspberries in my backyard. My wife and I have also seen deer ticks wandering around in camp, even between the sheets in our bed. Go figure!

Recently, Republican Rep. Chris Smith, of New Jersey, offered an amendment to the National Defense Authorization Act, requiring the Pentagon inspector general to conduct a review about whether the military may have experimented with making ticks into biological weapons.

The amendment recently passed in the House by a voice vote. The order would require the inspector general to examine whether the Department of Defense experimented with ticks and other insects regarding its use as a biological weapon between the years of 1950 and 1975. It must now go to the Senate for a vote.

Smith’s amendment would ask what were the parameters of the program, who ordered it, was there ever any accidental release anywhere or at anytime of any diseased ticks, were any ticks released by design, did the program contribute to the disease burden, and could any of this information help current-day researchers find a way to mitigate these diseases?

So far this year, 217 cases of Lyme disease have been reported in Maine.

The theory is that bioweapons specialists packed ticks with pathogens that could cause severe disabilities, disease and death among potential enemies to our country. Smith said his reasoning for introducing the amendment was based on a number of books and articles suggesting that significant research had been done at U.S. government facilities, including Fort Detrick, Maryland, and Plum Island, New York, to turn ticks and other insects into bioweapons.

These books, however, have been questioned by some experts who dismiss long-held conspiracy theories that the federal government helped in the spread of tick-borne diseases. Smith also claims that federal agencies, even the Center for Disease Control, may have had a hand in the cover up concerning the findings about the spread of Lyme disease.

Also, Willy Burgdorfer, who passed away in 2014, a leading authority in his field, once revealed that he and other bioweapons specialists put pathogens in ticks to “cause severe disabilities, disease and even death to potential enemies.” He said he worked for three years in the 1950s at a military lab in Colorado that looked into research techniques allowing for the rapid identification of pathogens for defensive purposes.

The CDC currently spends about $11 million on Lyme disease research.

But, there is a controversy involving this theory. Yale researchers have found that DNA studies from a couple of years ago showed that Lyme disease has been present in North America for at least 60,000 years. That was before man occupied this continent.

Lyme disease has also been traced to amber from 15 million years ago in what is now the Dominican Republic. It has also been found in a frozen body in the Alps.

In other research conducted at Yale University, they theorize Lyme disease has spread in recent years due to deforestation that has led to the build up of suburbs in New England and the midwest, creating ideal conditions for the deer ticks. Our warming climate is also contributing to these conditions.

So, the question now is who is right? Was there a conscience effort to develop bioweapons with Lyme disease in the 1950s and ‘60s, or has Lyme disease been around for millions of years? Americans have the right to know.

If it is true that ticks were being primed for biological warfare, Rep. Smith wants the public to be informed.

Ty Cobb is regarded as one of the greatest baseball players of all time. What number did he wear for the Detroit Tigers?