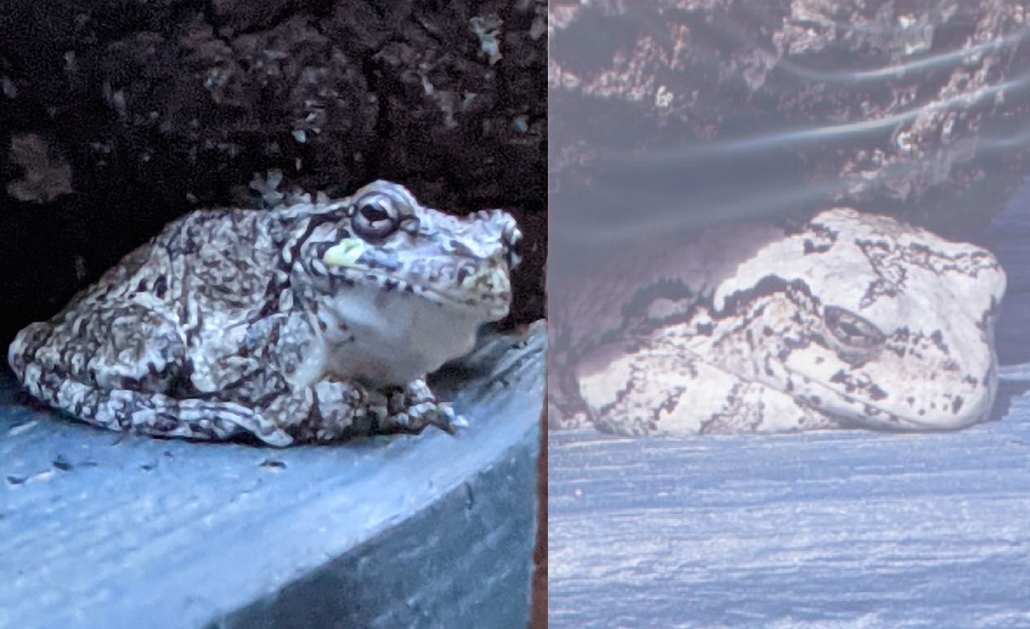 Last week, a reader dropped by my office to tell me a nature story that is, to say the least, unusual.

Betsy, a China resident, told me about an oak tree on her property that is a considerable distance from their home. In the branches of this particular tree were multiple burls. One day, one of the burls fell from the tree during a period of high winds.

She picked up the burl and placed it on the railing of their porch, to be used as a “conversation piece,” she thought. That was about to change. 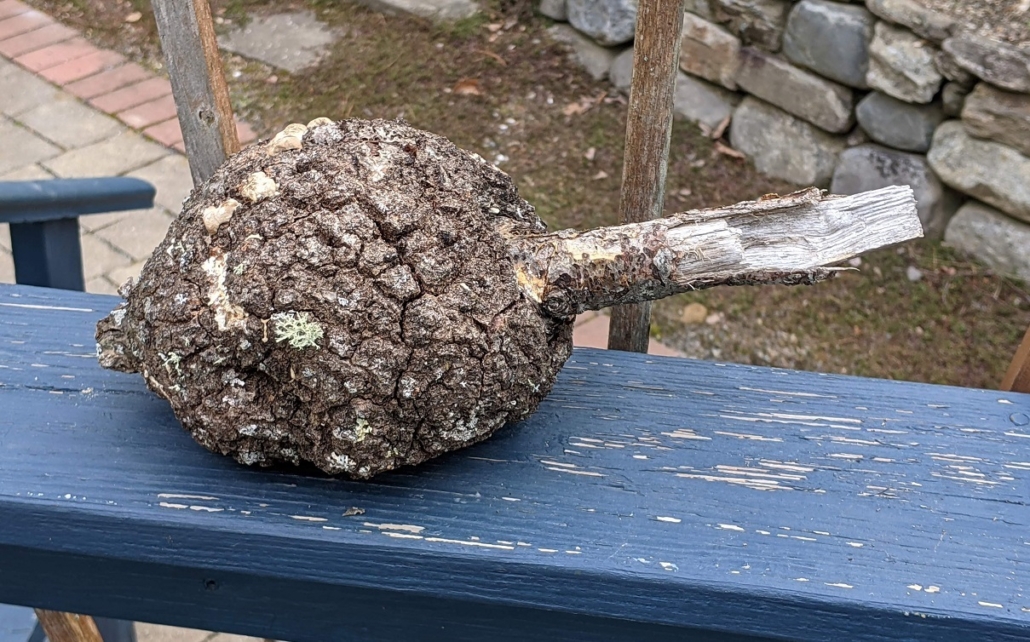 The summer faded into fall and the gray treefrog was still there. As winter approached, the treefrog went away, and Betsy’s husband took the burl and placed it in the storage shed for the winter, in an attempt to protect it.

The gray treefrog, Dryophytes versicolor, is a species of small arboreal tree frog native to much of the eastern United States and southeastern Canada.

As the scientific name implies, gray treefrogs are variable in color owing to their ability to camouflage themselves from gray to green or brown, depending on the surface where they are sitting. The degree of mottling varies. They can change from nearly black to nearly white. They change color at a slower rate than a chameleon. One aspect that is unique to this frog appearance is that its legs feature a dark bandish pattern which then contrast sharply with the black-marked bright yellow or orange under the sides of its legs and arms.

Dead gray treefrogs and ones in unnatural surroundings are predominantly gray. The female does not call and has a white throat; however, the male does call and can show a black/gray/brown throat during the breeding season. As earlier mentioned, the female is usually larger than the male. It is important to know when trying to identify this frog that the appearance at a younger age is similar to others of the same species, but as the frog increases in age the appearance varies. They are relatively small compared to other North American frog species, typically attaining no more than 1.5 to 2 inches. Their skin has a lumpy texture to it, giving them a warty appearance.

This species is virtually indistinguishable from Cope’s gray treefrog, the only readily noticeable difference being that Cope’s Gray treefrog has a shorter, faster call.

Both of these similar species have bright-yellow patches on their hind legs, which distinguishes them from other treefrogs.

Gray treefrogs inhabit a wide range, and can be found in most of the eastern half of the United States, as far west as central Texas and Oklahoma. They also range into Canada in the provinces of Québec, Ontario, and Manitoba, with an isolated population in New Brunswick.

The gray treefrog is capable of surviving freezing of its internal body fluids to temperatures as low as 17°F.

The gray treefrog is most common in forested areas, as it is highly arboreal. Its calls are often heard in rural residential areas of the East Coast and the Midwest. It prefers to breed in semi-permanent woodland ponds without fish, but it also lays eggs in swamps, vernal pools, man-made fountains and water gardens, and even in rainwater-filled swimming pool covers.

These frogs rarely ever descend from high treetops except for breeding – that’s what made this particular gray treefrog unique, it lived on the porch railing all summer. Also, Betsy could get within a foot of the treefrog, and it didn’t seem to faze it at all. They are strictly nocturnal. Male gray treefrogs rarely have large choruses, as they are mostly solitary animals, but might vocalize competitively at the height of breeding periods. Gray treefrogs may congregate around windows and porch lights to eat insects that are attracted to the light. During the day they often rest on horizontal tree branches or leaves out in the open, even in the sun. Evidently they are less prone to overheating and desiccation than other amphibians and rely on their superb camouflage to hide them from predators.

In captivity, their needs are similar to that of the American green treefrog.

The frogs are popular pets because of their small size, appearance, and the undemanding conditions needed to take care of them. Unlike many amphibians, they do not require artificial heating. They need a large (at least ten-gallon) terrarium and do best with a substrate that will hold some humidity, such as commercial shredded bark or coconut husk bedding, or untreated topsoil on the floor of their terrarium. Tree frogs are arboreal, so the height on the tank is more important than the length. A variety of things for climbing, such as plants or branches, should be in the habitat. A shallow water dish should be included. Captive frogs should not be handled any more than necessary; when necessary, clean gloves should be worn.

And now, for the rest of the story.

This spring, Betsy remembered about the burl in the storage shed, and had her husband retrieve it. It was put back in the same place it was the previous summer, just in case the treefrog would come back. Within a week, the gray treefrog had returned and taken up its same spot as last summer.

The vigil will continue.

What is the national sport of Canada?