As we enter into the Christmas season, I notice a lot of Christmas cards and greetings with the picture of a dove as a symbol of peace on earth and goodwill to all men. Where did that all start? Why is the dove a symbol of peace?

Actually, there are several cultures that depict the dove as a bearer of peace and goodwill. 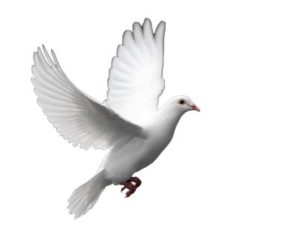 But before we get into some of the reasons the bird is viewed in that light, let’s look at some general facts about the bird. Doves belong to the Columbidae family, which is the same family as the pigeons. They have a round and stout body, short neck and beak. They are excellent navigators, which also makes them capable of delivering messages. Apart from these traits, they are extremely popular, and are often associated with strong emotions.

The Egyptians were the first to record doves used in ceremonies to announce, to the people, the rise of a new pharaoh.

Central Asia also has a legend about two kings heading to battle against each other. One of the kings called for his armor and is told a dove has made a nest in his helmet. The king’s mother pleads with him to leave the mother dove, a gentle bird associated with love, innocence, tenderness and purity, undisturbed.

The king agrees, and heads off to battle without his protection. The second king sees the king without armor and calls for a parley. Both kings lay down their weapons and talk. When the second king hears the first king’s story, he figures he has misjudged his enemy, whom he thought to be a tyrant. Both kings agree to peace. And the dove becomes known throughout the lands as a bird of peace.

It also had a place in Greek mythology. Aphrodite is always depicted with a dove because she brought love and beauty and peace. The dove was also the bird of Athena because it represented a renewal of life.

European superstition holds that the devil and witches can turn themselves into any bird shape except the dove.

In Japan, the dove with a sword is a symbol to announce the end of war.

Some Native American cultures believe that the deceased spirit takes the form of a dove.

In America, the most well known portrayal of the dove comes from the Bible. In the Old Testament a dove is released by Noah, following the Big Flood, in search of land. It returns with an olive branch to show the flood waters had receded.

The birds have developed into histories of cultures all around the world. The birds have always nested in areas close to developments and show a remarkable fearlessness of humans, possibly believing the humans will not harm them, even to the point of protecting them.

Doves are birds who mate for life and are extremely loyal to their mate. They raise their young with great care and dedication. They are harmless birds and feed on fruits, plants, and seeds.

Many religions associate the dove with peace. Christianity and the Bible describe doves as the symbol of peace and love. It is the symbol of the Holy Spirit, during the baptism of Jesus Christ. 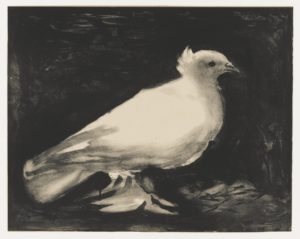 The dove is truly a bird that has touched the human mind and heart. It has inspired mankind with its innocence and purity. It reminds people of the very basic traits to live a fruitful life-love and peace.

The next time you seem stressed, and you think the world is out to get you, just think of the dove, the symbol of tranquility and peace.

Since 2003, the New England Patriots have won 14 of 15 AFC East division titles. In what year did they not win the division?